AGS-17 is well established in Syria 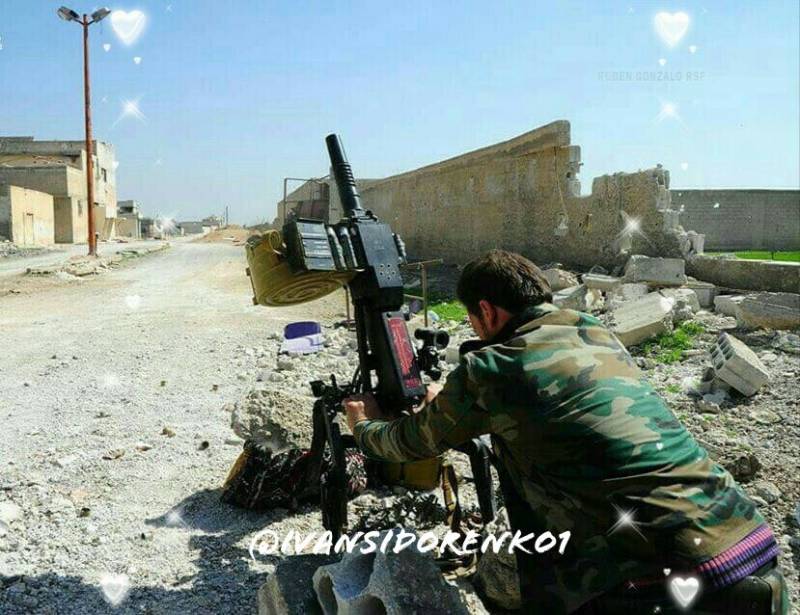 It weapon entered Syria before the outbreak of civil war. True, his number was small. Grenade launchers were handed over to the armament of only elite special forces.

After use in real combat conditions, the Syrians noted the accuracy and high reliability of grenade launchers.

“AGS-17 became a kind of mobile artillery, which, as they say, is always at hand - in defense, somewhere in the desert, or during the attack in urban areas. This weapon is easily transported, it is possible to defeat the enemy at a distance of 1,7 km. The rate of fire is up to 350-400 shots per minute, ”the article says.

At present, automatic grenade launchers are widely used not only by special forces, but also by ordinary infantry. AGS-17 is installed on the “Shot”, “Tiger” and “Lynx” armored cars, modernized by Syrian craftsmen BMP-1, BRDM-2, light transporters MT-LB.

Ctrl Enter
Noticed oshЫbku Highlight text and press. Ctrl + Enter
We are
The weekly summary of 9-15 December about the military and social situation in the DNR and the LC from the military men "Mag"
Military Reviewin Yandex News
Military Reviewin Google News
19 comments
Information
Dear reader, to leave comments on the publication, you must sign in.