US Navy ordered the construction of four more "Virginia"

March 14 2018
38
The US Department of Defense ordered General Dynamics Electric Boat to build four new nuclear submarines, reports "Warspot" with reference to the website of the United States Naval Institute. Submarine construction itself should start in 2019 and 2020. 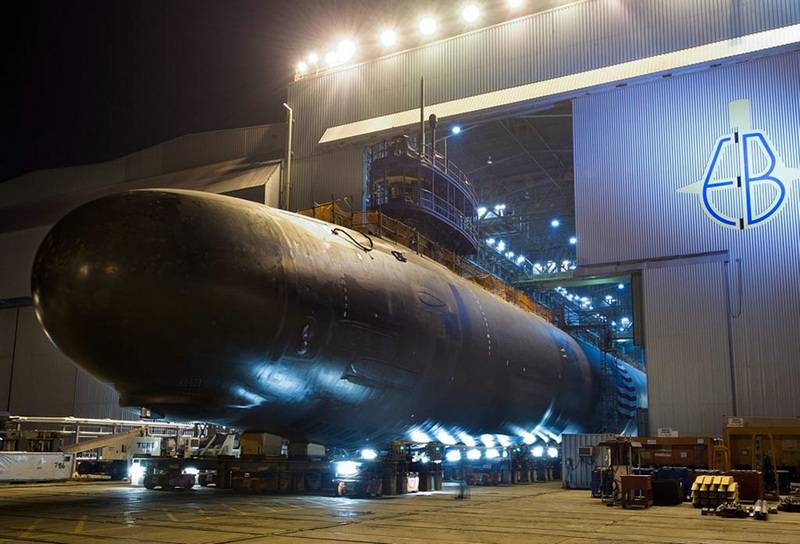 New submarines will be the first representatives of the fifth modification (Block V). They will differ from their predecessors by an increased number of Tomahawk Land Attack Missiles (TLAMs) cruise missiles and will be equipped with four missile modules, each of which will hold seven missiles, whereas the third modification (Block III) currently used two rocket modules, totally accommodating the Tomahawks 12.

Virginia-type submarines are designed to combat submarines at great depths (up to 500 m), as well as for coastal operations. The crew of the submarine has 134 man.

The length of the submarines is 114,9 m, width - 10,3 m, displacement - 7800 t. Maximum immersion depth exceeds 500 m. The nuclear reactor S9G, designed for 33, of continuous operation, generates enough energy for the water jet to reach speeds in 25 nodes (46 km / s). h) Each subsequent modification of submarines has minor differences in the layout, armament and composition of the crew.

Submarines of this type are multipurpose nuclear submarines of the fourth generation. It is assumed that their construction will continue until the 2043 year - during this time it is planned to launch the 48 nuclear-powered ships. Submarines of the fifth modification are designed to replace strategic Ohio-type submarines and, according to military plans, will be equipped with nuclear warheads. Previous versions of the Virginia will replace Los Angeles-type submarines built between 1976 and 1996.