US may introduce new anti-Russian sanctions due to Skriple poisoning

March 14 2018
49
The US Senate may push the president to impose new sanctions against Russia in connection with the poisoning in Britain of the ex-Colonel of the GRU Sergey Skripal, reports TASS a statement by the senior democrat of the Senate Foreign Relations Committee, Robert Menendez. 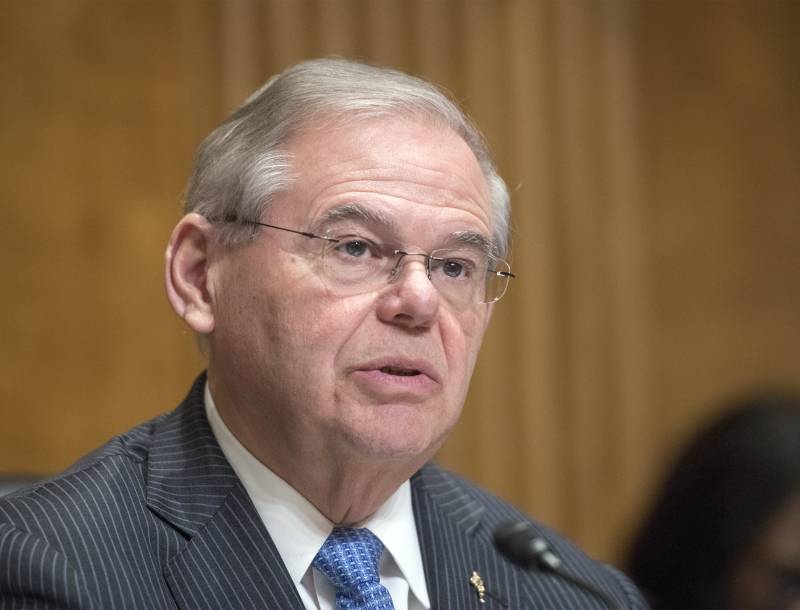 Yesterday’s announcement by the Prime Minister (Theresa of Great Britain) May once again clearly demonstrates that Russia's destructive and cruel actions all over the world must entail real consequences. The Chemical and Biological Control Act of 1991 weapons and banning its military use requires the president to decide whether to use chemical weapons and to impose sanctions,
The statement said the senator.

He notes that according to this law “the chairman and senior democrat of the Foreign Affairs Committee have the right to initiate a review process”.

And I expect to do it soon,
added Menendez.

He also recalls that earlier the US administration decided to re-include the DPRK in the list of countries sponsoring terrorism after the brother of the republic’s leader Kim Jong Nam was poisoned.

The administration should also consider whether this definition (inclusion on the list of sponsors of terrorism) can be applied to Russia,
noted the politician.

Recall, according to May, Russia “is very likely to be involved in the poisoning of Skrypal and his daughter Yulia”, which happened with the help of the Novice family chemical poisonous substance created in the USSR.