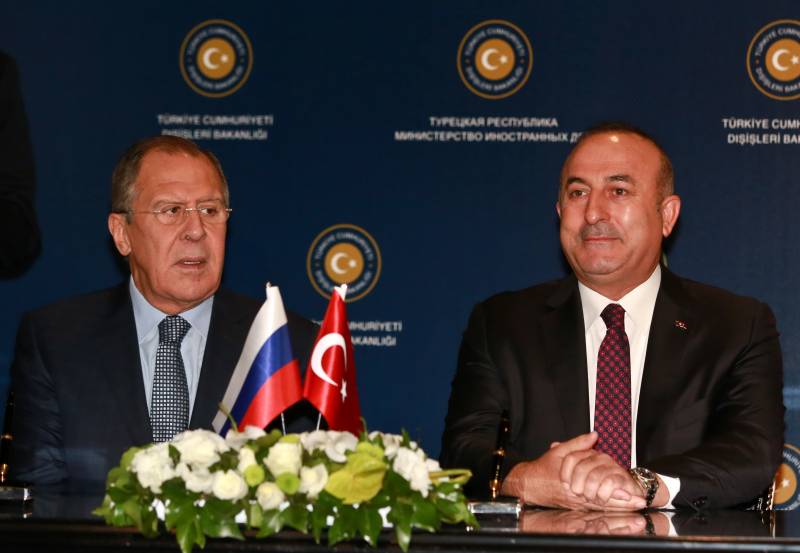 It is reported that the arrival of Chavushoglu in Russia is connected with his participation in the sixth meeting of the Joint Strategic Planning Group chaired by the heads of the foreign affairs agencies of the two states. Diplomats operate "within the framework of the highest level cooperation council headed by the presidents of Russia and Turkey."

It will affect the implementation of the signed contract for the supply to Turkey of the C-400 Triumph anti-aircraft missile systems, as well as other current and future projects in the field of military-technical cooperation,
says the release of the Russian Foreign Ministry.

According to the ministry, “considerable attention during the meeting will be paid to discussing ways to consolidate positive trends in trade and economic ties.”

“A special place will be given to cooperation in the energy sector, which continues to play a key role in bilateral relations. It is planned to discuss ways to promote the implementation of strategic bilateral projects in the energy sector (construction of the Akkuyu NPP and the Turkish Stream gas pipeline), ”the Foreign Ministry added.

The ministers will also discuss joint actions “to remove the remaining barriers in bilateral trade and expand the range of agricultural goods” supplied from Russia and Turkey to the national markets.