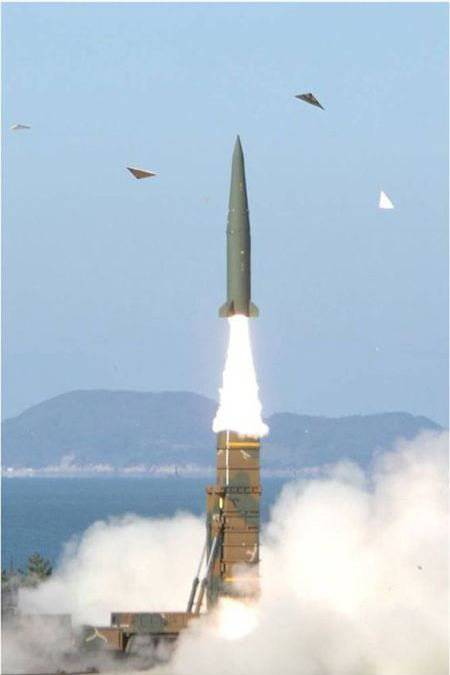 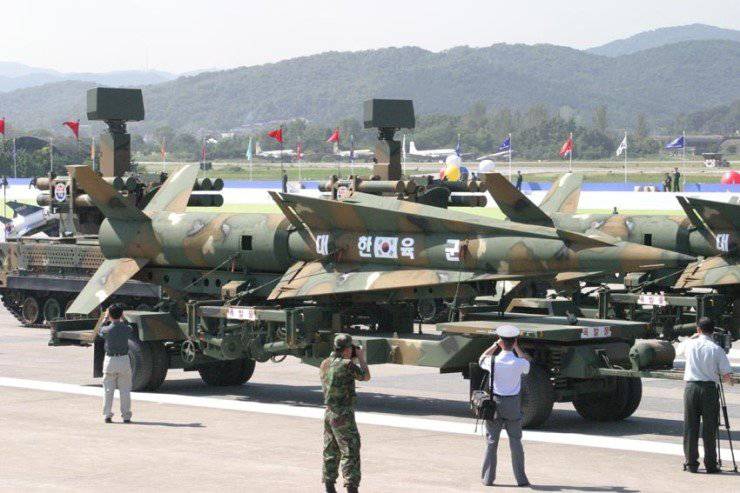 South Korea, as a rule, does not disclose information about its missiles. Three years ago, South Korean media reported that in 2008, a new cruise missile with a range of 1000 kilometers was secretly launched into production. The rocket was called Hyunmoo 3. Since then, it has been replaced by the Hyunmoo 3C rocket, which has an 1500 km range and is currently deployed on the North Korean border and aimed at ballistic missile sites, nuclear weapons and other strategic facilities in the north. 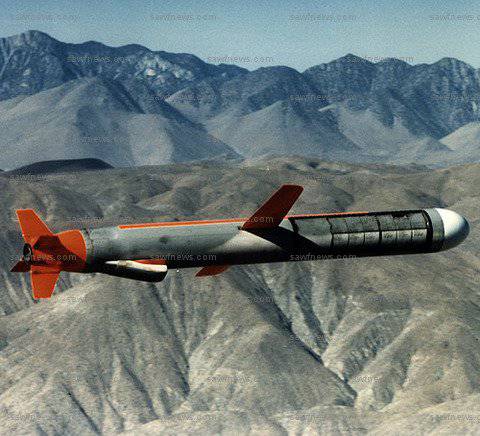 For the past 30 years, the United States has discouraged South Korea from plans to build ballistic and long-range cruise missiles. This was done to try to stop the arms race with North Korea, but the north pretended not to notice it. Meanwhile, the US has assured South Korea that they will intervene in the conflict if South Korea is attacked from the north.

Despite the US refusal to help South Korea, the latter developed in 1980-s ballistic missiles Hyunmoo 1 and Hyunmoo 2 with a range of 180 and 300 kilometers, respectively. Both rockets are about 13 meters long and weigh 4-5 tons. South Korea enters the Missile Technology Control Regime (MTCR) and thus commits itself not to build ballistic missiles with a range of more than 300 kilometers. When creating the Hyunmoo 1 and 2 missiles, the design of the American anti-aircraft missile Nike-Hercules, used by South Korea for many years, was used. 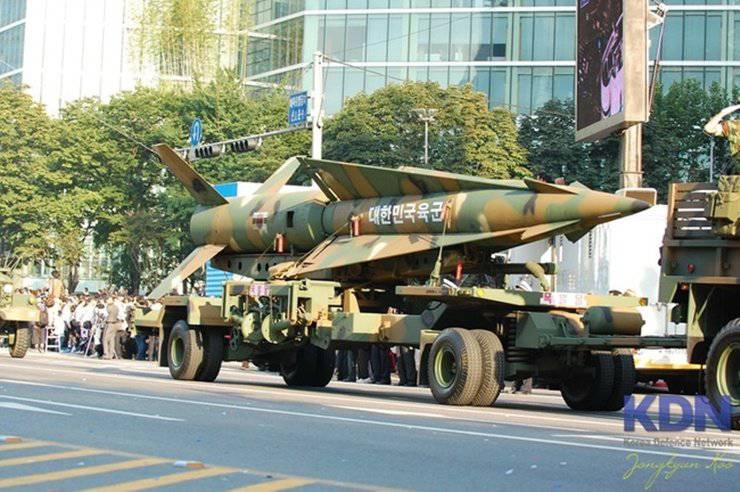 Manufacturing technology cruise missiles easier ballistic and, apparently, Hyunmoo 3 is made entirely of South Korean components. Like the Tomahawk, Hyunmoo 3, apparently, is about 6 meters long, weighs 1.5 tons, is equipped with a 500 kilogram warhead and is launched from hidden (on the hills in front of North Korea) and probably protected containers. North Korea has an order of 600 ballistic missiles aimed at South Korea.

The large range of Hyunmoo 3С allows it to hit any targets throughout North Korea, including transportation routes and supply bases deep inside North Korea. With a range of 1500 kilometers, the rocket is also capable of hitting targets in China and Russia. 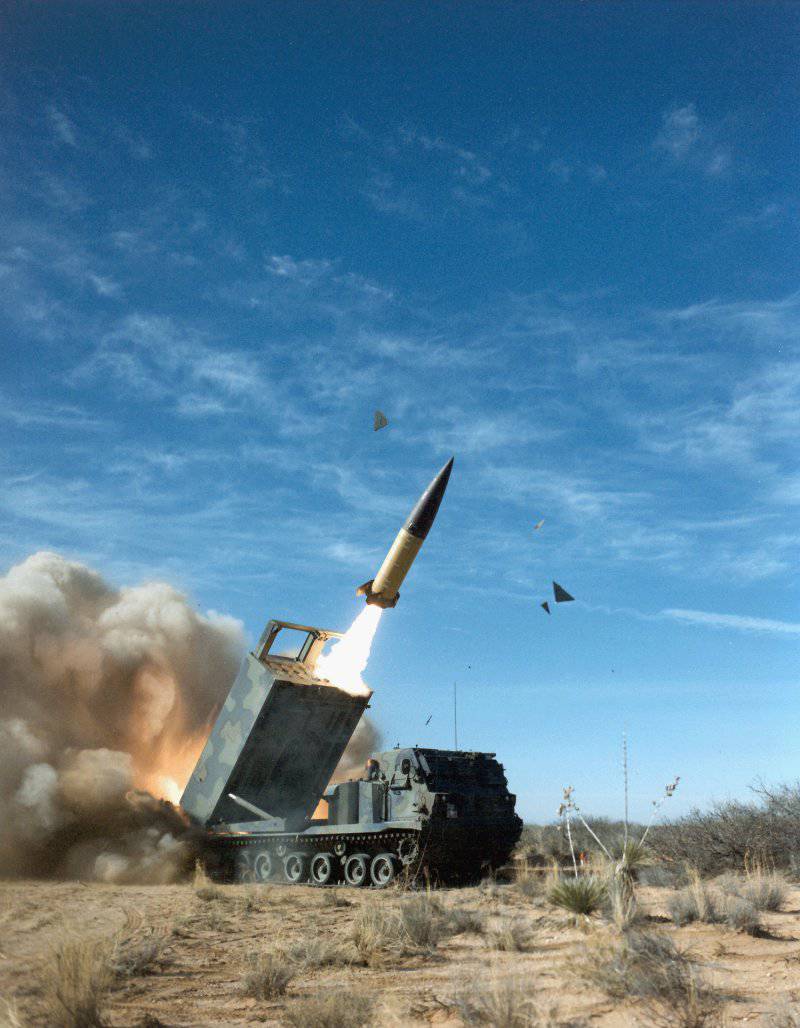 Last year, South Korea announced that it had relocated some of its tactical guided missiles (Army Tactical Missile Systems, ATACMS) to the North Korean border. ATACMS is a 610 mm missile launched from a container the size of which allows its placement on the 227 mm MLRS launcher. The South Korean version of ATACMS has a range of 165 km. Thanks to this, it is able to achieve many goals in North Korea, but not the capital (Pyongyang is located 220 kilometers north of the demilitarized zone). There is a version of ATACMS with a range of 300 km, but South Korea does not have these missiles. ATACMS launches from an American MLRS launcher. South Korea has only 220 ATACMS missiles in service. All of them are equipped with warheads with cluster munitions, and half of them are uncontrollable and have a range of up to 128 kilometers. The other half is equipped with smaller GPS-guided warheads and a range of 165 kilometers. Obviously, it was this version that was relocated closer to the border in order to make North Korea nervous. South Korea originally purchased ATACMS in 1998 with the goal of possessing weapons capable of reaching the positions of North Korean artillery and large concentrations tanks. 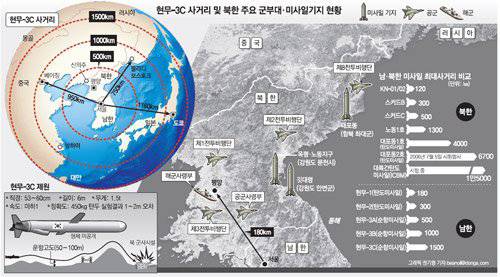