French scientist understood: Putin is popular because they believe in him

March 14 2018
85
One French scientist revealed to France the secret of the popularity of Russian Putin. 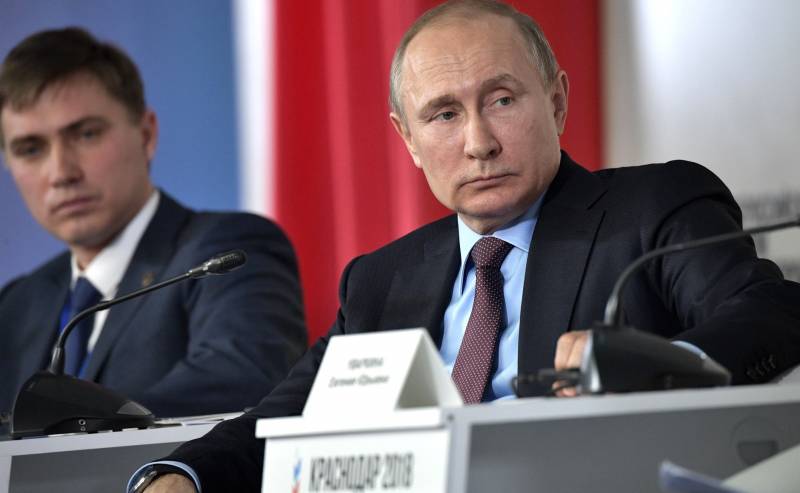 Yes, it is difficult for Europeans to understand why Putin is so popular in Russia, why voters give him their votes. In fact, all this is easy to explain. Political scientist Cyril Bree and explained.

He gave an interview to Atlantico.fr, where he said that even his former career in the KGB is going to Putin in the piggy bank (of course, from the point of view of the Russians, which the Frenchman knows from somewhere).

According to a learned Frenchman who leads "InoTV"Russians are dissatisfied with the scale of corruption in the country and inequality. However, the Russians believe that Putin will solve these problems in the next six years.

Political scientist Cyril Bree believes that the popularity of the Russian president "baffled", but only in the case, if it is considered from the point of view of European democracies. The voices collected by Putin speak of his real popularity, and in many respects "organized."

Putin is a former KGB officer. The power structures for Russians are key institutions for the functioning of the state. In the West, such a career path may cause suspicion, and for many Russians it is, on the contrary, evidence of a person’s firmness and commitment to national interests.

The role played by the president’s ability to show himself to the public on television. "Straight line" supports an image close to the people. The president loves judo and sport in general, and this strengthens his image of a healthy man.

Putin is far superior to competitors, according to Bre. And what are these competitors? Communist candidates, in fact, beat an idea like Putin’s (the idea of ​​Russia's greatness). Zhirinovsky is screaming in public in vain, while he himself is "built into the political system." Sobchak as a “shock candidate” did not take place, she is unconvincing. And in general, the opposition in Russia is weak.

Putin’s popularity is also due to the country's prosperity. Western analysts are talking about the 2014 crisis of the year, while Russians are recalling the growth of the 2000s. True, this growth occurred in comparison with the decline of 1990's and depended on the export of mineral raw materials, and the crises of 2008 and 2014 showed its weakness ...

Foreign policy issues have also become a significant factor for the Russian people. In Europe, people are used to the fact that foreign policy in elections does not play a significant role, but in Russia everything is not so: the voters there pay attention to what they call a rebirth. The Russians, the political analyst believes, are happy with BRICS, are glad to cooperate with China, are happy that Moscow is counteracting US influence in Central Asia, Europe and the Middle East.

The most curious thing to note is that the Frenchman has the following: he finds Putin's obvious weakness: the issue of fighting the corruption of the elite surrounding Putin, and another weakness — the issue of population inequality. Components of such inequality: a large variation in the level of income of citizens, inequality in access to public services and employment. But the Frenchman is convinced: the Russian people believe that in the new term Putin will “succeed”, that is, he will win both inequality and even corruption of elites.

Why hasn’t Putin been able to defeat elite corruption in his eighteen years in power? Neither the French scientist nor, apparently, those who vote for Putin answer this question.