Alexander Matrosov. Part of 3. On the identity and nationality of the hero 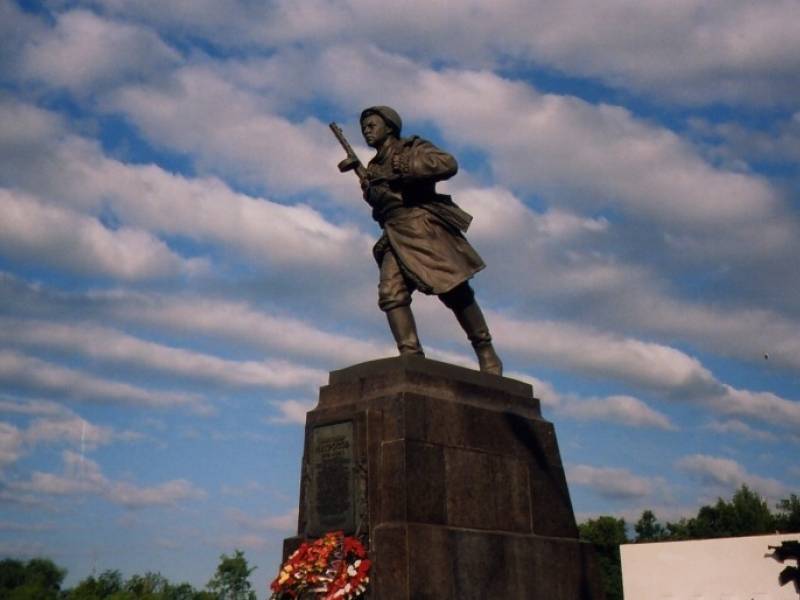 Continuing the theme of the exploit of Alexander Matrosov, I want to touch on the theme of the hero's nationality, which is ailing for some critics. Russia has long been trying to draw into interethnic clashes. World politicians are well aware that Russia, like the USSR, is a multinational country, a country that unites more than a hundred and fifty nations.

The materials that we will use in the article today have long been in the public domain. We simply systematize the known facts.

So, there is in Bashkiria, in Uchalinsky district, an ordinary village called Kunakbaevo. There is a "zest" in the village - a monument to the Hero of the Soviet Union Alexander Matrosov. And it is unusual in this monument that after the name and surname of the Hero, in brackets, a different name is written - Shakiryan Mukhametianov. 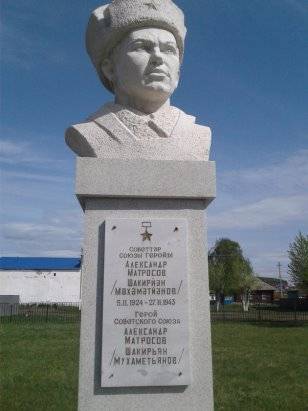 Many residents of Kunakbaevo will tell you that this was the name of Alexander Matrosov in childhood. And this monument is set here because it is from here that Alexander - Shakiryan was born. Even those who knew him personally once called. Bashkirs are very honored history his people, his village, his own kind. More precisely, revered, remembered and passed on to children.

How did it happen that the Bashkir version of the birth of the Hero does not coincide with the official one? Any schoolchild from history textbooks knows that Alexander Matveevich Matrosov was born on December 5 on 1924 in the city of Yekaterinoslav (Dnepropetrovsk). He was brought up in the aunt's family. He lived in her separate apartment. He worked at the factory as a turner 6 discharge. An orphan. Father was killed by fists, and mother died from grief. There is even a museum in Dnepropetrovsk.

And in another museum, in Velikiye Luki, where the Sailors died, they will tell you exactly this version of the birth of the Hero. However, no document confirming these stories will not show. Everything died during the occupation. Therefore, the main evidence of the history of the birth of Alexander Matrosov will be copies of documents from military units.

Where did the second version come from? Oddly enough, it was museums that contributed to its appearance. More precisely, the painstaking work of museum workers and historians.

Agree that the life story of the 19-year-old guy can not be long. That is why museum workers searched for any information about Alexander. Documents, photos, reports of commanders, descriptions of the feat witnesses. Even the machine gun and the Komsomol ticket stored in the Central Archive of the Moscow Region in Podolsk were studied and made copies. 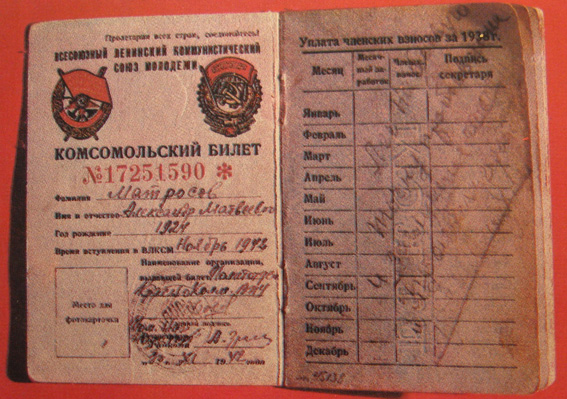 It is good that there are photos.

A great work was done by Bashkir writers Anver Bikchentayev and Rauf Nasyrov.

Alas, not everything in the life of this person was the way the official version said. More precisely, as always, they made up with three boxes.

The boy was born in an ordinary family of Yunus Mukhametyanov. He was the fourth child. In 1932, I went to school. And just then, 2 September 1932, first hit the camera lens. Was filmed in a group of local school students. It is important. 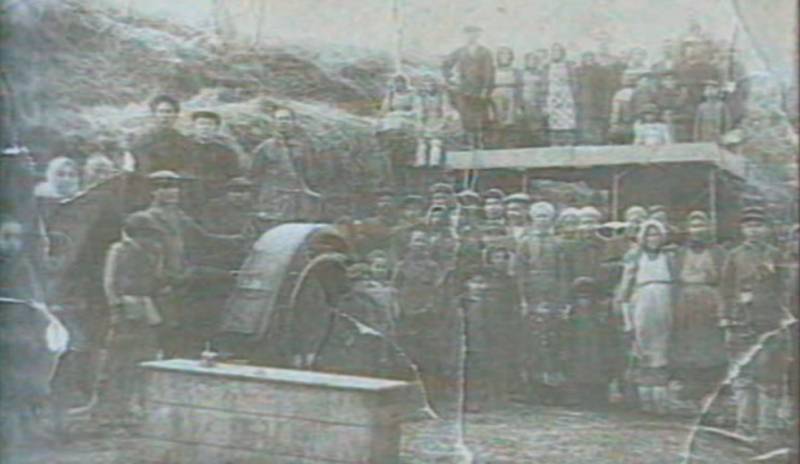 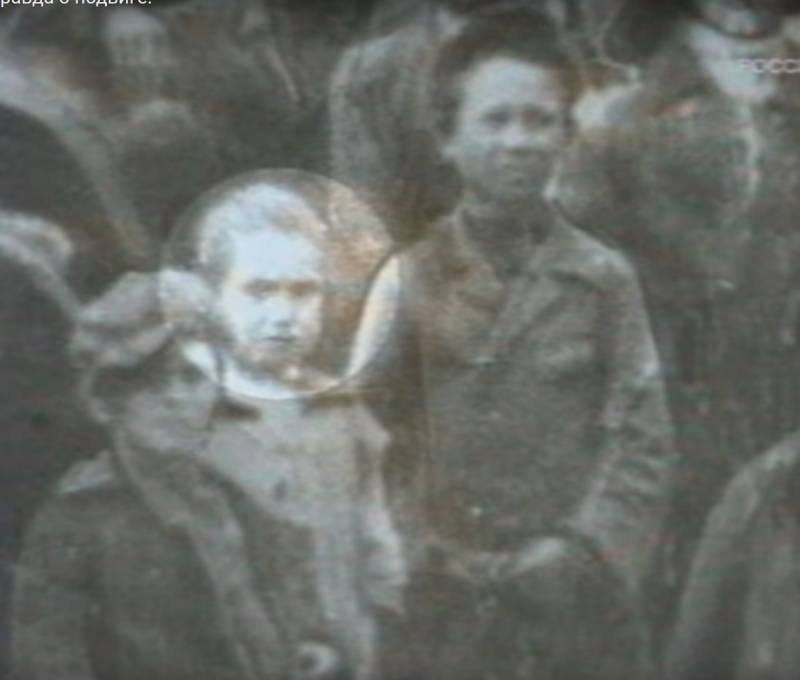 From the history we remember that it was in 1932-33 that the USSR overtook the second wave of famine. For the family of the future hero, it became a personal tragedy. Died mother. My father started drinking from grief. The children were left unattended. The farm has fallen into decay.

It was then that the compassionate neighbors decided to send the youngest of the Mukhametyanovs to an orphanage. That is how the record of the village council appeared at all, an entry that was not typical for the time against the name of Shakiryan - dropped out. 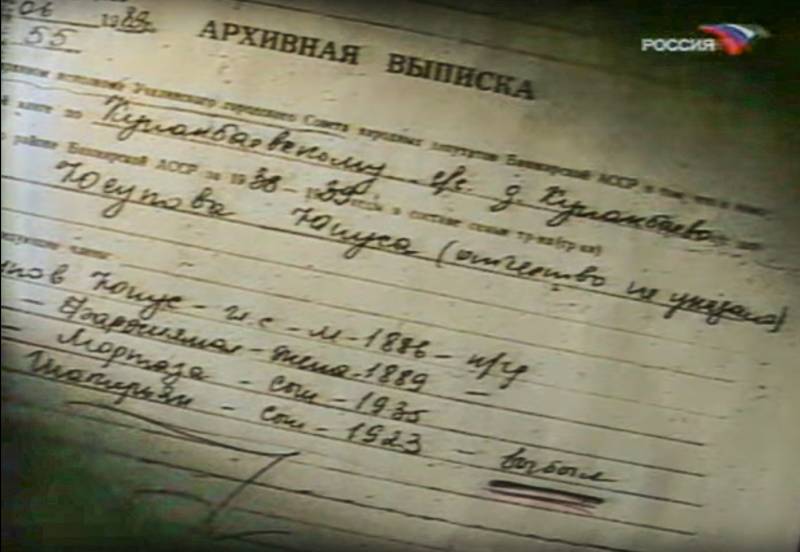 So it was not Shakiryan who went to her aunt, but to the orphanage. Actually, this saved, most likely, his life.

How was it sent? Yes, the whole world. They gathered the village, who could, and sent to the Melekessky orphanage of the Ulyanovsk region.

In the orphanage Shakiryan got the nickname "Sailor". Today it is difficult to say what was the reason, but the fact remained in the memory.

The fact that life in the orphanage was, to put it mildly, not sugar. The struggle for survival, in which the strong and the stubborn won. Shakiryan-Sailor survived.

Everything is logical. Shakiryan became Alexander, the surname of the Sailors took from the nickname, the middle name was given by one of the tutors. Normal practice of the time.

What is the background? Most likely, in the reluctance to be the "black sheep". Shakiryan is good to be in Bashkiria or Tatarstan. But in the Ulyanovsk or Ivanovo regions, Alexander is still better.

Children in general are cruel creatures. In orphanages in particular. So the transformation of Shakiryan Mukhametianov into Alexander Matrosov is normal, logical and justified. The Soviet people, as a community, will appear later.

With the documents received, Alexander repeatedly arrives in his native village for the holidays. And according to the memories of local residents, he asks to call him not Shakir, but Sasha. Memories are recorded and stored in the village council of Kunakbaevo.

They pushed the local authorities to insist on conducting an official examination of Matrosov’s personality. Photographs of Matrosov were sent to the Research Institute of Forensic Examination under the Ministry of Justice. One, about which we wrote above, 1932 of the year and three, which were in the personal affairs of the Hero.

The answer of the experts was unequivocal. All photos show, albeit with reservation, the same person. Thus, Alexander Matrosov and Shakiryan Mukhametianov are one and the same person.

The further fate of the future Hero of the Soviet Union is also interesting. He graduated from the seven-year school in an orphanage and was sent to work in Kuybyshev, to the car-repair plant. However, he escaped and was caught by the police in Saratov. For the lack of documents, he was arrested and sent to the Ufa children's labor colony of the NKVD.

It sounds ominous, but in the fate of Matrosov the colony played a positive role. It was from there that he was drafted into the army in 1942. But they were sent not to the front, but to the Krasnokholmsky Infantry School in the Orenburg Region. Sensible and smart young man took care of a command post.

They were also taken to the Komsomol.

Matrosov was not destined to graduate from college. As often happened at that time, at the beginning of 1943, the order came to send cadets to the active army. Alexandra is sent to the 2 battalion of the 254 Guards Regiment 91 of the Stalinist Corps 6 Brigade. This compound was formed by the NKVD.

We wrote about the exploit of Alexander Matrosov in the previous article. But one question remains, the answer to which can finally close the topic of the birth of the hero of the article. Where did the official version of the pre-war life of the Hero come from? Why does any schoolchild tell about Matrosov exactly that made-up story?

The indirect reason for this was ... Stalin! It was he who, personally, wrote on the documents about the death of Alexander Matrosov: "A fighter is a hero. The corps is a guards". Thus, the award should have been quick. But at least some documents were needed to complete the case of the Hero of the Soviet Union.

An officer of the political department of the front was sent to the 91 brigade, who, based on the documents sent from the Krasnokholmsk school, compiled Matrosov’s biography. Tu, beautiful, in accordance with the spirit of the times. You can't disobey the leader, but also talk about the realities of that time ... About the orphanage, escapes, the children's labor colony ...

Apparently, the officer was not a fool and did not seek adventure. And just wrote a suitable story.

The final version of the life and death of Alexander Matrosov was invented by the director of the famous film “Two Fighters” (1943) Leonid Lukov.

It was he who in 1947, made the famous film "Soldier Alexander Matrosov". He took off ingeniously, mentally, but ... As an artist, he even embellished a bit the official version, thought out some details, from a young, inexperienced soldier Alexander turned into an experienced warrior who had smashed fascists for more than a year.

Rebuke Lukov for a brilliant, but not truthful film, it is impossible. The director shot not a documentary, but a feature film. And took off well. Probably every boy of the post-war time saw the “movie about Matrosov” several times. Yes, and most of today's readers, too.

So, in the fate of one nineteen-year-old soldier, the fates of many famous and nameless heroes of that war crossed. 75 years ago, a Bashkir with a Russian surname accomplished a feat that was later repeated by more than 200 people.
And now what are we doing all this for?

Have you ever wondered why even today the heroes of military films are not perceived by Russians, Ukrainians, Yakuts, Kazakhs, Bashkirs, Tatars, Ossetians? Even in modern films it is present. The famous "28 Panfilov" remember.

In principle, no. Thousands of Alexandrov and Shakiryanov died far from their native places, fighting for their village and for the whole country. And they won in the end.

And we, all normal people, say: "Eternal memory to the heroes!". Without any division into nationalities or nationalities.

And the residents of the Bashkir village did the right thing when the first name was written by their countryman. But the truth is that the second they wrote his generic name. This is our common hero, Alexander Matrosov, and the Bashkir hero Shakiryan Mukhametianov.

Speaking of the fact that in our history, unfortunately, there were many inventions and frankly unnecessary corrections, it is simply necessary to recognize that, yes, it did. Invented, thought out and embellished. And nothing can be done about it.

Yes, someone remained unknown and not marked by awards, respect and memory. As the first junior politruk Ponkratov who closed a machine gun, for example.

Does the feat of Matrosov become less valuable? Still not. Not getting. And it is really mean to dig in the past, looking for absurdities, on the basis of which one can say loudly that all this is a lie and fiction.

We will go so far. Before that, 2 of May was not above the Reich Chancellery banner. This, too, was invented by the damned communists. Well, and so on.

Do not shit on the dead, they do not care. On the contrary, finding and telling about an unknown feat is a more noble task.

But for this you can not collect likes. Nevertheless, we will continue our historical stories about famous and not so heroes of that war.


Alexander Matrosov. Part of 1. Gods are not overthrown from pedestals

Alexander Matrosov. Part of 2. Anatomy of the feat

Ctrl Enter
Noticed oshЫbku Highlight text and press. Ctrl + Enter
We are
Reports from the militia of New Russia for 27-28 September 2014 of the yearResults of the week. "Well, do not change me because of every idiot!"
Military Reviewin Yandex News
Military Reviewin Google News
59 comments
Information
Dear reader, to leave comments on the publication, you must sign in.