The BBO motorized riflemen completed the tasks of the anti-landing defense of the Kuril Islands. 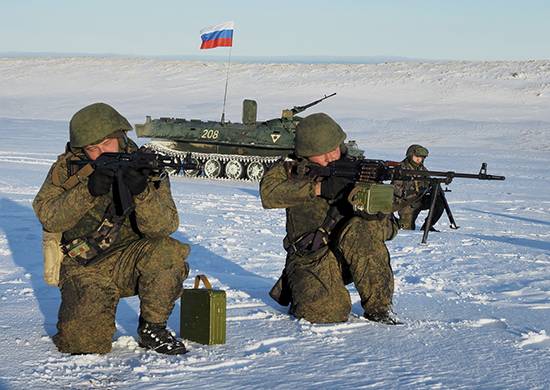 In the course of the practical part of the exercise, the servicemen were raised on an exercise alert and made a march on full-time equipment, having fulfilled the standards for engineering equipment of firing positions in unfamiliar terrain,
says release.

The servicemen completed the tasks of organizing the coastline defense.

It is reported that "calculations of anti-aircraft installations" Shilka "carried out the detection, identification and destruction of aircraft military transport aviation conventional enemy with an airborne landing. "

"To complicate the task, the defense was carried out in the conditions of use by a conditional adversary weapons mass destruction. The servicemen carried out special processing of equipment and personnel using standard means of RCB protection, ”the press service added.

More than 200 military personnel were involved in the exercise, about 20 pieces of equipment were involved, including Tanks T-72B and 120 mm mortars.

It is also noted that “for the destruction of targets that mimic lightly armored equipment and the living strength of a conditional enemy, AGS-17 Flame, RPG-7 grenade launchers, Kord and PKT heavy machine guns were used.