People's Generals of Poland under the fire of political vengeance

March 15 2018
45
Last week, the Sejm and the Senate of Poland, with an interval of one day, passed a law demotivating the generals who received high ranks in the Polish People's Republic. This is not a new initiative. She was born shortly after the current conservative nationalist party, Law and Justice, came to power. Its veteran and patriotic activists in the fall of 2016 of the year appealed to President Andrzej Douda, demanding posthumously degrading the former president of Poland, General Wojciech Jaruzelski. 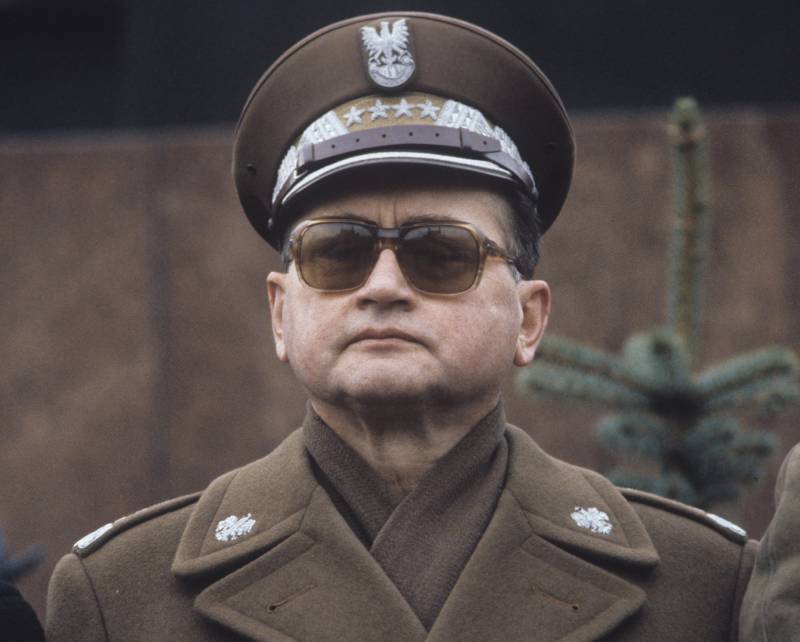 How heroes and traitors are swapped

By that time, they had already succeeded in posthumously building Colonel Ryszard Kuklinsky, who collaborated with the CIA Colonel of the General Staff. Colonel Kuklinsky worked for many years at the headquarters of the Warsaw Pact. During this time, he handed over ten thousand secret documents to the Americans.

This information concerned not only the Soviet Union and the Warsaw Pact, as Kuklinsky and his American curators argued. The Polish traitor informed the CIA in detail about the armed forces of the Polish People's Republic, its defense system, plans for mobilization and other extremely important actions in the context of a potential military conflict.

In December 1981, the CIA helped Kuklinsky escape with his family in the United States. Three years later, a military tribunal of the Polish People's Republic in absentia sentenced the traitor to death. This sentence in the years of political unrest will be replaced by 25 years in prison. Then he pardoned colonel Kuklinsky. That was the condition of the Americans for the admission of Poland to NATO.

Not all Poles accepted this condition. This is what General Marek Dukachevsky, who headed the Polish military intelligence and counterintelligence service at the beginning of the 2000s, said about Kuklinsky: “I am one of those 30 percent who consider him a traitor. Firstly, he was a soldier, secondly, he took an oath, thirdly, he wore a uniform, fourthly, he transmitted to the CIA information that affected the interests of Poland. ”

General Wojciech Jaruzelski himself said several years before his death: “If we admit that Kuklinsky was a hero, it would mean that we are all traitors!” By the way, the ex-president of the NDP did not like when he was approached "Asked to call him a general.

“I was a president and ceased to be, and the military rank is forever,” Wojciech Jaruzelski said shortly before his death in 2014 in a conversation with a RG correspondent. The general then could not have known that after two years the wheel of the Polish stories roll backwards. Heroes and traitors in Warsaw will begin to rearrange places.

The representative of the Union of Veteran and Patriotic Organizations of Krakow, Jerzy Bukovsky, thanked the President of Poland for conferring the rank of general to Colonel Kuklinsky and appealed to Andrzej Duda with a new demand: “Once he (Kuklinsky - ed.) Has finally been officially recognized as a hero, this means that Wojciech Jaruzelski - traitor. And with the traitors break the General's epaulets, even posthumously. What I ask the President of the President. " Thus began this shameful initiative, the finale of which we saw last week.

Who wants to "land" astronaut Germashevsky

The blow fell not only on General Jaruzelski. The law will affect all members of the Military Council of National Salvation in force in 1981-1982. As we remember, in those turbulent years, the council fought for the preservation of the socialist structure of Poland and the leading role of the Polish unified labor party, which was then ruling in the country.

In opposition, the NSA opposed the Solidarity movement, the people from whom constitute today the backbone of the ruling party in Poland, Law and Justice. Therefore, the current actions of PiS are not at all like the restoration of historical justice, which is so loudly spoken about in Warsaw now. Rather, it is an act of political revenge.

It is not by chance that not only members of the Military Council, but also military personnel who supported its decisions and actions, as well as employees of the state security bodies of Poland, fell under the law. All this allows a very broad interpretation of the new law.

So much so that the threat of demotion to the rank and file hung even over the first (and so far the only in the country) Polish cosmonaut, brigadier general Miroslav Hermaszewski. In the distant eighties, Germashevsky was only a lieutenant colonel. Later, he repeatedly claimed that he was on the board without his consent and did not take a real part in making his decisions.

Nevertheless, today the 76-year-old general formally falls under the law, and the authorities now have to solve the dilemma: to preserve the integrity of the person, without a doubt, who is the pride of the Polish nation, or to deal with it as the hated Hero of the present the Polish authorities of the Soviet Union and the knight of the highest awards of the Polish People's Republic.

The fact that General Hermaszewski, after retirement in 2000, actively cooperated with the Union of Democratic Left Forces - the Union of Labor (the successor of the Polish United Workers' Party in 1991) and even represented this party in the Mazovia Region Duma, adds pepper to the topic.

Loyalty to the former regime, or at least its ideology, acts on PiS, like a red rag on a bull. There is no need to go far for examples. A month ago, in the village of Jablonki, in the Subcarpathian Voivodeship, the monument to the General of the Polish Army Carol Sverchevsky was demolished.

Karol Sverchevsky died in 1947 during a military operation against the Ukrainian Insurgent Army (UPA). Just at the site of the death of the general, the grateful Poles erected the now destroyed monument. It would seem that after the adoption of the law “On National Memory”, which introduced criminal liability for denying the crimes of Ukrainian nationalists, the place of Sverchevsky’s death will become sacred for the Poles.

Moreover, after all, the death of the general was the reason for the deportation of the Ukrainian population from their places of permanent residence to the northern and western lands of Poland, which withdrew from Germany as a result of the Second World War. This reprisal against people who supported Ukrainian nationalists became a historical fact and in some ways correlated with the law signed in February by Andrzej Duda.

However, two weeks after the entry into force of the law “on national memory”, the monument to the Polish general was barbarously demolished. The authorities in Warsaw could not come to terms with the fact that Karol Sverchevsky taught at the Military Academy named after MV Frunze, commanded in the initial period of the war units of the Soviet troops and even rose to the rank of colonel-general of the Red Army.

A sad example of the address in Poland with the memory of General Karol Sverchevsky leads to sad thoughts about the prospects of the first Polish cosmonaut Miroslav Hermaszewski. He also spent part of his life in the Soviet Union and even graduated from the Military Academy of the General Staff named after K.Ye. Voroshilov in Moscow.

The European Commission did not respond to this new witch hunt unfolding in Poland (or skeletons, given the post-mortem deprivation of military ranks). Obviously, the moral degradation of the authorities in the countries of the European Union does not concern the highest European officials. Or maybe they agree with the Jesuit policy of Warsaw?

Ctrl Enter
Noticed oshЫbku Highlight text and press. Ctrl + Enter
We are
CIA: seventy years of evilResults of the week. “Look, the whole face is black! Have you ever read Moidodyr? ”
Military Reviewin Yandex News
Military Reviewin Google News
45 comments
Information
Dear reader, to leave comments on the publication, you must sign in.