March 13 2018
5
The guard rocket ship "Tatarstan" (project 11661K) carried out combat shooting in the waters of the Caspian Sea. This was announced by the head press service Southern Military District Vadim Astafiev. According to Colonel Astafyev, the Republic of Kazakhstan "Tatarstan" during the training and combat training carried out the defeat of the conditional enemy.


In addition, the ship tested tactical techniques and methods of using various types of naval weapons. 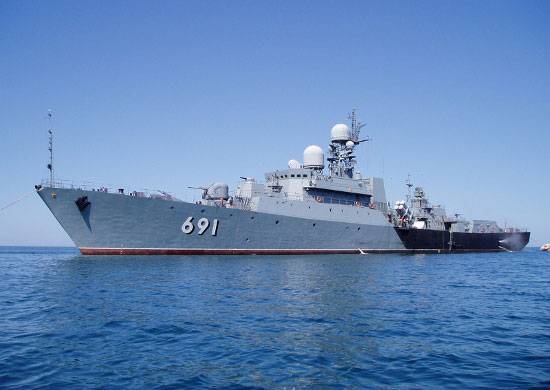 In particular, shipborne artillery calculations carried out firing with the use of such artillery weapons as AK-630M, AU AK-176M. An anti-aircraft missile and artillery complex "Palash" was used.

The Tatarstan missile ship is a combat component of the Caspian flotilla Russian Navy. It was launched in 1993. At the same time, it joined the fleet in 2003. In 2014, he went through repair and modernization procedures.

Ctrl Enter
Noticed oshЫbku Highlight text and press. Ctrl + Enter
We are
Russia's naval power in the CaspianNew ships and missiles: the shock power of the Caspian flotilla
Military Reviewin Yandex News
Military Reviewin Google News
5 comments
Information
Dear reader, to leave comments on the publication, you must sign in.