The place of gamel rat catcher

March 13 2018
56
Totalitarian propaganda, multiplied by mass ignorance, turns the population of Ukraine into weak-willed ideological zombies of the occupation regime 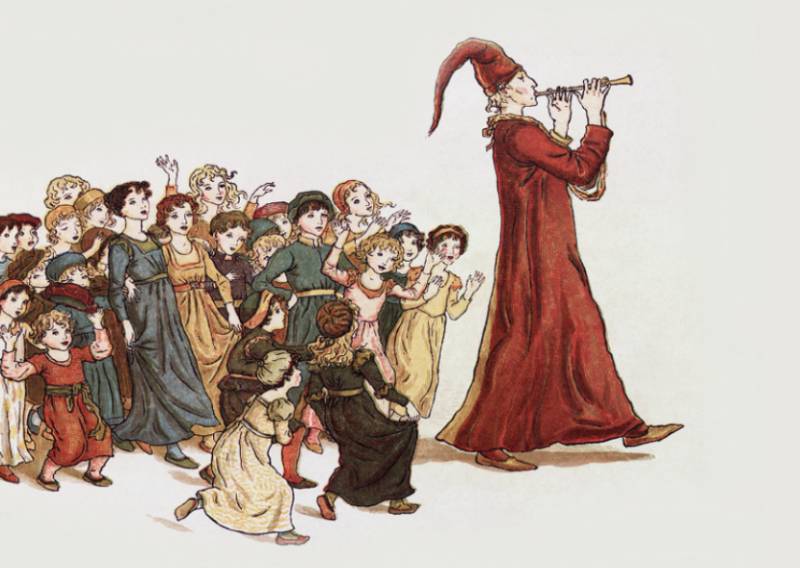 Judging by many signs, intensive psychological pumping of the population began in Ukraine, with the aim of preparing him mentally for the next big massacre in the Donbas. The bet has been made, firstly, on the propaganda of the so-called “Ukraine’s successes” which has absolutely lost all connection with reality. And, secondly, to direct intimidation of the population on both sides of the front line. In the framework of the second direction, which can be defined as mass psychological terrorism, the Kiev secret police - the Security Service of Ukraine, conducts general demonstrative searches throughout Ukraine in the apartments of the so-called "accomplices of Russia". The purpose of these preventive actions of intimidation is obvious - to minimize the possibility of active protests of citizens who are dissatisfied with the new outbreak of bloodshed.

At the same time, in order to intimidate the population of the territories of Donbass freed from the illegal Kiev authorities, bills are urgently introduced into the so-called “Supreme Rada”, threatening the “separatists” with all sorts of punishments if they are soon “liberated from the Moscow occupation”, including in the form of deprivation of full-fledged civil the status and responsibilities of “asking for forgiveness” from representatives of the Kiev coup authorities. That is, in fact - from the bandits who captured the country.

At the same time, under the personal guidance and with the active participation of the leader of the Poroshenko regime, an atmosphere of exalted psychosis is implanted in society. The reason for this is the endless succession of the so-called “Ukrainian victories,” among which, the Kiev propaganda completely gone into the “astral”, writes down absolutely anything that pleases. It is in the spirit of Ostap Bender, who was going to declare war on Denmark for the fact that the Danes killed Prince Hamlet.

Moreover, all this is served in an extremely aggressive, not tolerating objection spirit of fanatical like-mindedness. So that anyone who doubts and, even more so, the objecting person has all the chances to instantly become an “enemy of the nation” and, again, “Putin's accomplice.” Therefore, the absolute majority prefer to keep deathly silence, or nod according to absolutely any reason. What is actually required by the regime, which is interested in the complete submission of the population and in its resigned readiness to become an expendable material for the next slaughterhouse.

From the side, the game that the Kiev bonzes “give out to the mountain” every day is ridiculous even to listen. So she is crazy. But such is not intended for an outside observer. As for their addressees, they are thus tested for the degree of deflection - are they ready to agree to the policy of the regime, regardless of the degree of its absurdity and madness?
And I must admit that this tactic works. Being fooled on the one hand and intimidated on the other, people, for the most part, have practically lost their ability to resist the authorities, in the service of which there is a huge apparatus of high-grade propaganda blowing in one pipe. Koi, in turn, are very closely supervised by Western experts in the field of psychological operations and ideological treatment of the population.

In the context of such a cane "like-mindedness", the ruling circles of Ukraine use any reason to pump up the people with the enthusiasm of the "great victories". Everything is used. Just yesterday, Poroshenko was proud of another EU loan. Given that in a normal country, a president who gained foreign loans in the amount of roughly equal to GDP, which would have to be paid by more than one generation of “Ukrainians,” should have been immediately hung up. But even such propaganda in the conditions of complete liquefaction of the brains, covered to the same with an impenetrable cap of totalitarian demagogy, reaches its goal.

The rulers in Kiev are fully aware of this, and therefore, having bit the bit, they go further along the same road. On the eve, for example, the same Poroshenko, called on the European Union to urgently declare Russia an aggressor and put it to the regime weapon. With NATO, he also "solved all the questions." What the “nations” reported on after the pranksters in this military bloc, with obvious mockery, conferred on Ukraine a non-existent title of “graduate student” of this organization. You see, NATO members know the Ukrainian saying - a fool Dumka gets richer.

A few days earlier, the same speaker spoke to all of Ukraine about the inevitable and imminent collapse of Russia as a result of the inevitable arrest of Gazprom’s overseas property. At the same time, militant hallucinations of one local “leader of the Comanches” are replicated to the whole country, in the world - the commander of a battalion of marines who intended to end the war with Russia only in the center of Moscow. It goes without saying that there is a deafening howl of delight on the Ukrainian Internet.

Ukropsihoz expands every day and got to Australia. The other day, Australians were horrified to learn that Ukraine had decided to build ... a space center from them. I think that they are now urgently contacting Brazil in order to receive instructions on how to get rid of the invasion of the "svidomo" astronauts. The Brazilians, by some miracle, managed to rid their country of a similar Kiev adventure.

All these "highest achievements of the Ukrainian spirit", of course, have nothing to do with reality. However, a significant part of the population of Ukraine that has already been processed for the killing of the brain, completely immersed in this looking glass, does not even think about any reality. The ease with which this mass of people managed to confuse and inspire them with the most fantastic ideas about the outside world, where everything supposedly revolves around Ukraine, those beliefs that encourage them to act, in fact, to the detriment of themselves and their country, are explained by vigorous ignorance, especially the younger generations. And this is connected with the Ukrainian government consciously planned by the dawn of “independence” the catastrophe of the entire system of upbringing and education.

It is noteworthy that precisely this - the complete savagery of the Slavic ethnos, was one of the main goals of Hitler's Ost Master Plan for Ukraine. Which seems to be valid until now.

The Ukrainian experience clearly shows that a people deprived of even minimal knowledge about the structure of the surrounding world with a completely etched historical a memory placed in a flask filled with miasms of totalitarian propaganda, easily turns into a blank sheet of paper on which malicious rulers can write anything. Or plasticine, from which you can fashion everything they want.

And the experience of the unfortunate Ukraine teaches that the people are, in essence, the same helpless child, entirely dependent on their mentors and guardians. And everything, ultimately, depends on the degree of abominations thereof. Ukrainian “children” in this sense are extremely unlucky. They got such “leaders” who, like the gamel's pied piper, are able to take them to where they are not returning. And, sadly, a significant part of this road into oblivion they have already passed ...

Ctrl Enter
Noticed oshЫbku Highlight text and press. Ctrl + Enter
We are
Ukraine is not a nationality, but a zombie virusAbout Stalin and Khrushchev
Military Reviewin Yandex News
Military Reviewin Google News
56 comments
Information
Dear reader, to leave comments on the publication, you must sign in.