March 12 2018
52
The head frigate of the 22350 project "Admiral Gorshkov" can transfer to the Russian Navy by the end of summer, President of the United Shipbuilding Corporation Alexey Rakhmanov told reporters, RIA reports News. 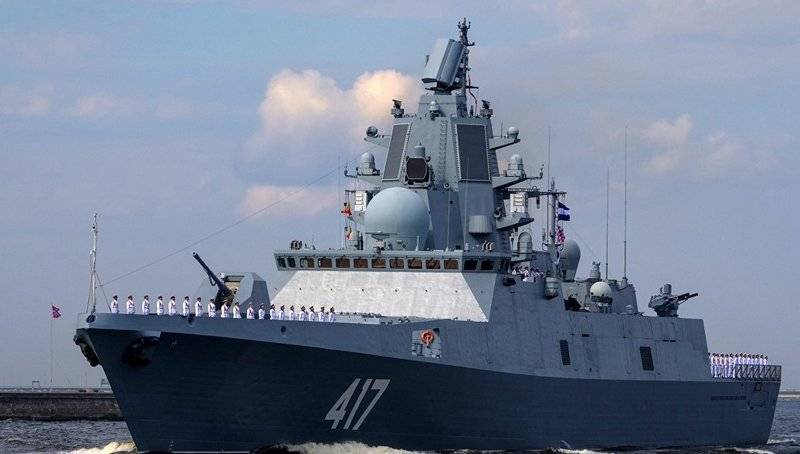 According to the plan, the fleet was to receive the ship last year, however, the transfer was delayed, in particular, because of the situation around the Polimant-Redut anti-aircraft missile system produced by the Almaz-Antey concern, which should be equipped with a frigate.

The transfer of the frigate to the Navy is postponed due to the situation around the Polymet-Redut anti-aircraft missile system.
- Rakhmanov reported.

According to our information, tests (of an anti-aircraft missile system) before entering ship trials will take approximately 1,5 a month. He (ZRK) is now working on the ground, and after that he must return to the ship in order to conduct firing from the frigate. We expect that if everything goes well, by the end of the summer the frigate has every chance of entering the combat strength.
- added Rakhmanov.