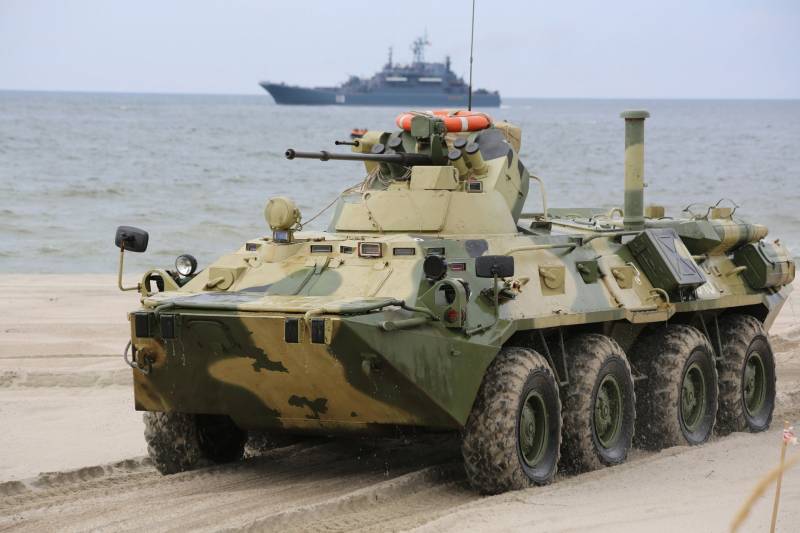 It is reported that "practical training in the development of new technology will be held on March 16 at the Bamburovo training ground in Primorye."

The press service recalled that the BTR-82А is “a deep modernization of the BTR-80 and BTR-80 armored personnel carriers; instead of a machine-gun turret, the new machine received a combat module with an automatic 2A72 cannon of the 30-mm caliber, paired with a PKTM 7,62-mm machine gun. On the new BTR installed a more powerful engine and splinter protection.

To improve team control, the armored vehicle is equipped with 5-generation communication devices and a topographic orientation system.