March 12 2018
41
Licensed assembly of Russian tanks T-90S / SK in Egypt is scheduled to begin in the fourth quarter of 2019, reports bmpd with reference to www.menadefense.net. 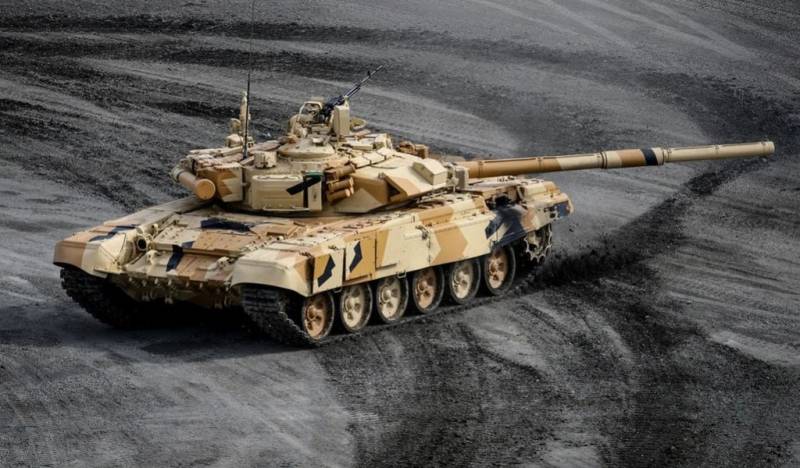 According to the resource, the Egyptian enterprise must assemble “400 T-90С / СК tanks, of which 200 will be supplied from the Russian Federation in the form of conventional vehicle sets (SKD), and also 200 - in the form of CKD sets, providing for the welding and assembly of some elements (corps and towers) ".

Earlier it was reported that in the annual report of Uralvagonzavod for 2016, the list of priority areas of military-technical cooperation included “work on a project to create an enterprise for the licensed assembly of T-90С / СК tanks at the customer“ 818 ”(Egypt)”.

Reference bmpd: “Under an agreement with the United States, the Egyptian tank plant No. 1992 in Helwan is licensed to assemble the M200-XXNXX Abrams tanks from vehicle sets, which are supplied by the US against US military aid, at the Egyptian tank. From the 1 of the year to the present, the US has financed the supply of 1 vehicle sets to Egypt (the first 1992 SKD level and the rest CKD levels of different degrees of localization. Earlier, Egypt’s plans included the release of 1105-75 tanks MXNUMHA1300, but at present, the prospects for continuing to build these tanks are not quite definite, however, apparently, will continue. "