March 12 2018
2
Russian Helicopters launched production of the second batch of Mi-28UB combat helicopters in the interests of the Ministry of Defense of the Russian Federation. The assembly is carried out at the Rostvertol enterprise, the cars from this lot will be handed over to the customer by the end of the year, according to the Department of Information and Mass Communications of the Ministry of Defense 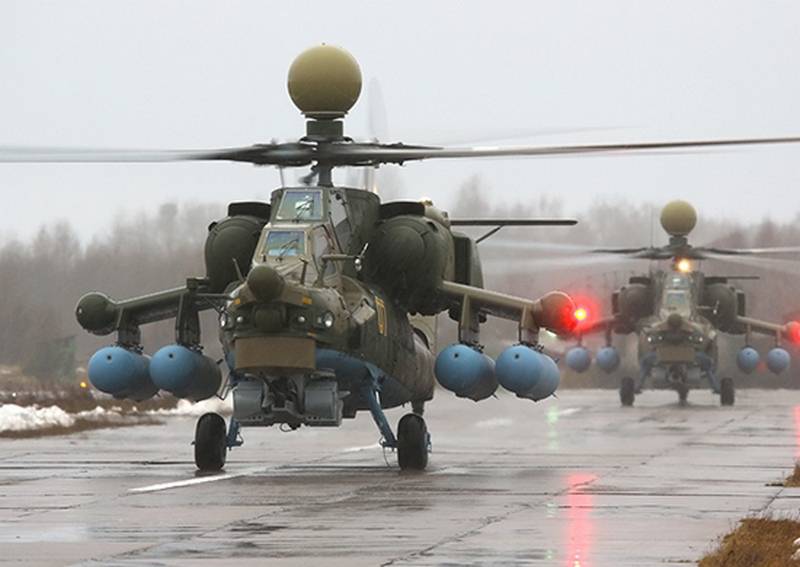 Mi-28UB is also equipped with a modernized integrated complex of onboard radio-electronic equipment. The use of such a complex allows you to effectively search, detect, recognize and destroy ground and air targets. To ensure the necessary ergonomic parameters of the crew’s workplaces, the design of the helicopter’s fuselage was modified. On the Mi-28UB, the cabin was expanded, the area of ​​the armored glazing was increased, and the view from the workplace of the pilot-operator was improved. To increase combat survivability, a newest airborne defense complex has been installed on the Mi-28UB.