March 12 2018
41
The authorities of the Luhansk Republic continue to record the growth of crimes committed by nationalists in the Donbass, reports RIA News a message from the representative of the People’s Militia of the LPR Andrey Marochko. 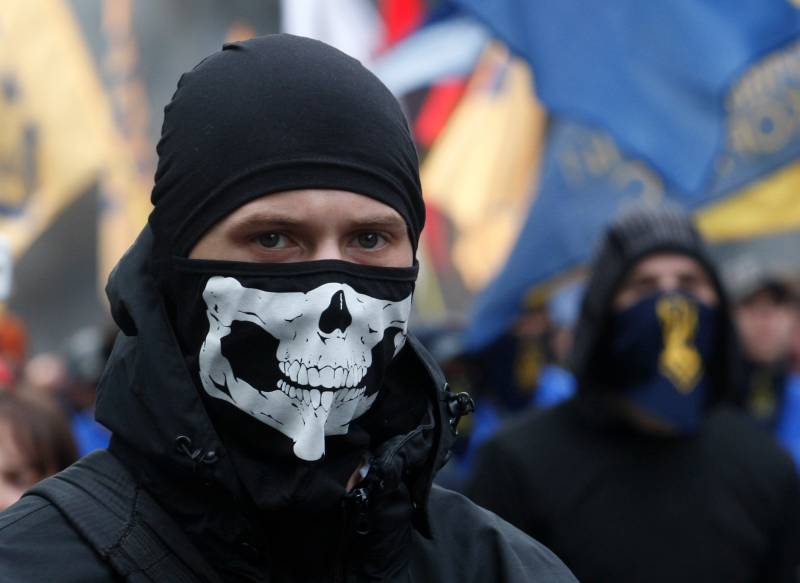 Thus, on March 3, a division of the nationalists of the Right Sector (organization banned in the Russian Federation) arrived in the population of Zolotoe Popapnyansky District in the number of 20 people. Immediately punitive began the terror of the local population: the occupation of houses and looting, hanging on the buildings of their flags,
told the lieutenant colonel.

According to him, law enforcement officers "do not react at all to the statements of local residents about the numerous excesses of Kiev nationalists."

Earlier, Marochko reported that the "pravoseki" tried to penetrate the territory of the republic. A group of five to seven people was discovered by the servicemen of the People’s Militia.

The enemy, hastily retreating, left the flag with the symbols of the Right Sector DUK. This time the clash was avoided
clarified the representative of the military.