March 17 2018
60
Hand grenade - effective weapon in the hands of a trained fighter. Grenades were used both in making passages in wire barriers and in field combat.

It was recommended to throw a grenade with 20 - 60 steps in different positions (depending on the type and specifics of the tactical situation). There were specific standards for the use of grenades for the destruction of enemy artificial obstacles. So, for making the 5-meter passage in the barriers, the following number of Novitsky grenades was required (they rushed in succession at the same point): for the wire network - 20 - 36, for hedgehogs and slingshots - 8 - 10, for boards with nails 6 - 8, for chess stakes and marked - on 4 - 6. 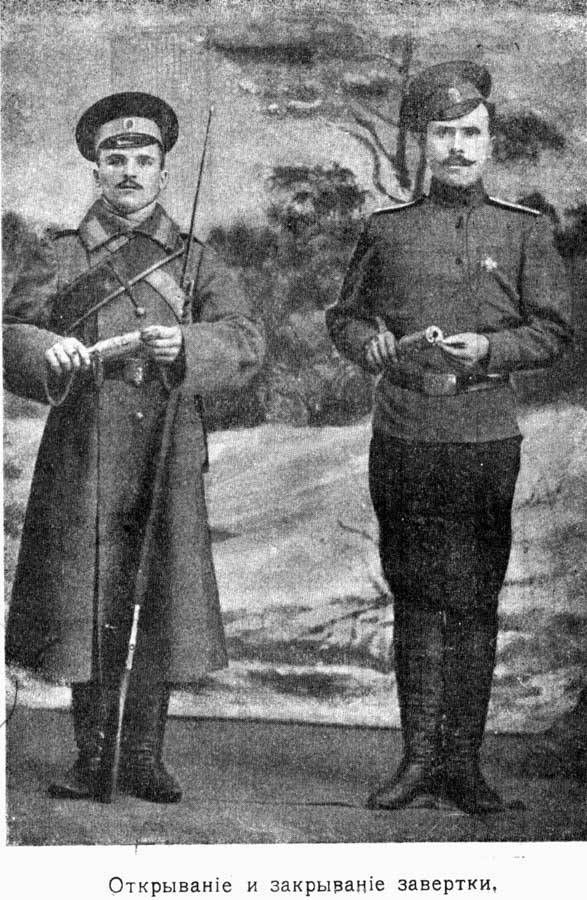 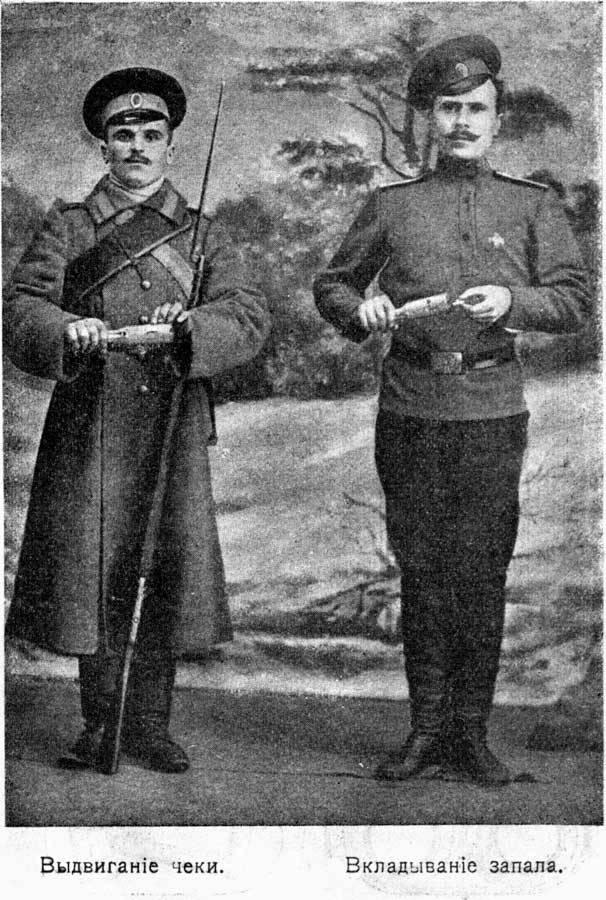 Especially useful were recognized grenades for battle for fortified positions during the trench battle.

Thus, an officer of the Caucasian Grenadier Division, K. Popov, recalled the characteristic episode that occurred on 14 on April 1915. The Germans decided to destroy the Russian outpost in the advanced trench. And suddenly appeared on the parapet of the trench. The Russian sentinel who was dozing off woke up when the German 12 man was already on the parapet - and threw 2 Novitsky system grenades, which were first issued to the grenadiers the day before. The effect was “amazing” - the Germans 10 fell on the spot. The grenadiers opened fire and no one left. A few (pretending to be killed) people were captivated - all that remained of the team in 90 was a man led by sergeant-major.

A little later, the scouts of Life Grenadiers, Erivanians, raided the German outpost, who was in the barn half a kilometer from the Russian trenches. The building was surrounded on all sides - and hand grenades flew inside. The scouts needed only to catch those who ran outside - and 56 soldiers of the 3 Guards reserve regiment fell into their hands.

27 of May 1916 The fighters of the 16 Infantry Ladoga Regiment during the fierce melee threw Austrians with grenades. Only 200 Austrians who abandoned weapons survived and were sent to the rear

A striking incident occurred on August 18 of 1916 on the front of the 41 Army Corps.

The commander of the 3-th Zaamur division ordered to send reconnaissance to make sure that the enemy had not left the front line trenches. Owing to the damage from the artillery fire of telephone wires, the order was late - but the initiative commander of the 1 platoon of the 4 th company of the 8 frontier regiment senior noncommissioned officer Baselishin worked ahead of the curve. The silence that reigned in the enemy’s trenches seemed suspicious to the noncommissioned officer and made him think that the enemy had left his trenches. Wanting to verify this, he called the hunters for reconnaissance. The corporal Alexander Plotitsin and privates Stepan Kucheryuk and Vasily Sorokhunsky called out. The fighters hitched their own 5-6 hand grenades to their belts and, crossing themselves, moved to the enemy's trenches. The enemy, assuming that these are defectors who want to surrender voluntarily, did not open fire. Reaching quite close to the enemy first line, the scouts noticed the Germans, who were heavily occupying the advanced trench - but they didn’t lose their head, but continued to calmly move on. Approaching the steps on 15 — 20, they simultaneously grabbed grenades from their belts and began throwing them at the dumbfounded Germans. Crazed with surprise, after suffering losses from successfully abandoned grenades, the Germans jumped out of the trench and ran back. Seeing this, the 4-I company rushed to the aid of their scouts - and occupied the enemy’s trenches. An example of a 4 th company attracted neighboring companies - 10 th, 9 th, 3 th, 5 th and 8 th. They quickly rushed forward and occupied the entire front line of the enemy, capturing 81 a healthy German from the 221 reserve regiment. Moreover, the Germans were doubly unlucky - they not only suffered great losses, losing the first line of their trenches, but also thus marked the beginning of their stay on the new front - on the night of August 18, replacing Austrian rangers in this position.

In conclusion, we note that the Russian hero and the enemy's grenade did not interfere, - as can be seen from the feat of the senior noncommissioned officer of the rifle division of the Trans-Amur cavalry division, AI Shatskov, September 1 1916 of a strongly fortified enemy forward point at the village. Baldura.

Being a platoon non-commissioned officer of the reconnaissance team, A.I. Shatskov was sent with the reconnaissance team in order to establish the approaches to the heavily fortified enemy point. When the team, approaching the enemy wire fence, began to cut it, the enemy, finding the scouts, opened rifle and machine-gun fire at them and, moreover, began to throw hand grenades in large numbers. A.I. Shatskov did not lose his head - continuing to cut the wire fence and encouraging his subordinates. The passage was ready - and at that moment a non-commissioned officer was wounded. Despite being wounded, bleeding profusely, A.I. Shatskov rushed at the enemy, dragging the scouts after him, and he was killed by the explosion of a second grenade. But the scouts continued the attack - and the enemy was knocked out of their trenches. 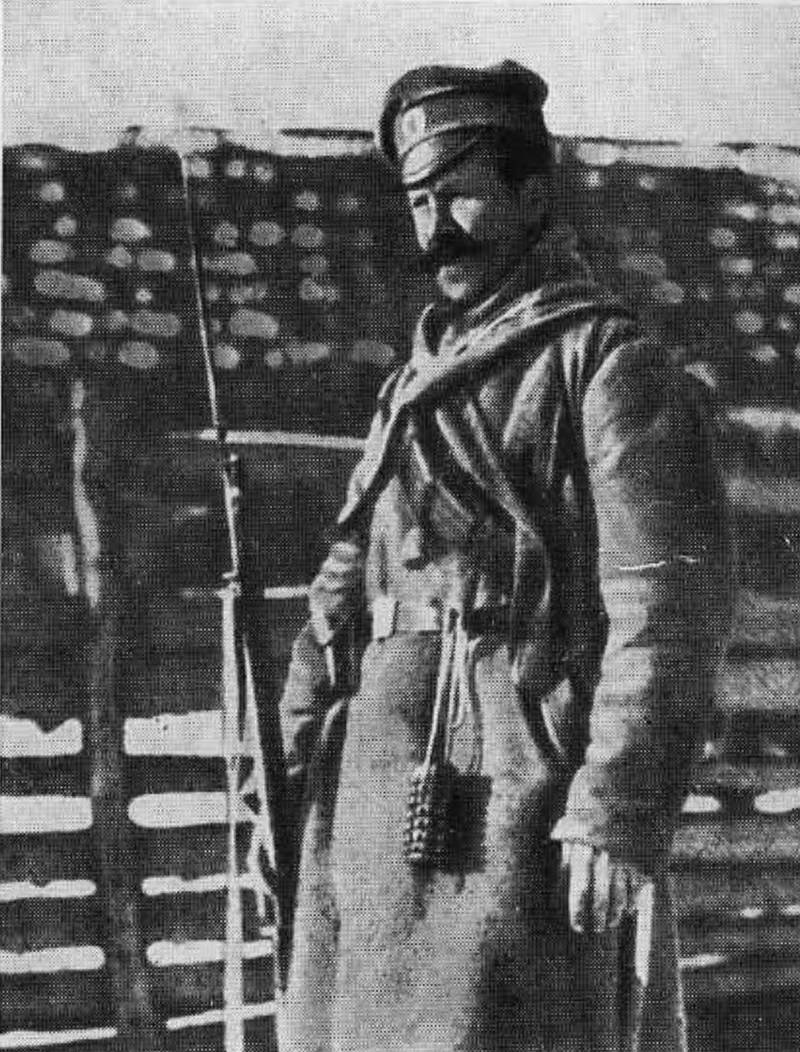