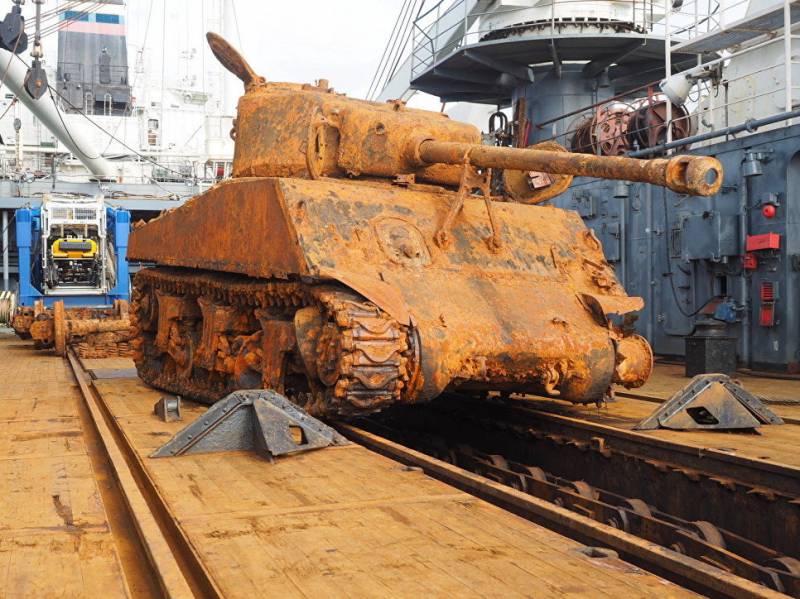 An American medium tank Sherman from World War II from the transport ship Thomas Donaldson was delivered to the logistics brigade of the Western Military District (ZVO) deployed in the Leningrad Region.
says release.

It is reported that "according to experts, the tank raised to the surface is in a satisfactory condition, and in the near future the servicemen of the repair and restoration battalion will begin restoration and restoration work."

According to the press service, the 9 in May, the combat vehicle will take its place in the ranks of the deployed expositions and residents and guests of St. Petersburg will be able to see it.

The district added that "in 2017, the North fleet were discovered, raised to the surface and transferred to the museum for study and restoration of the remains of the AeroCobra aircraft found in Shchuk Lake, as well as three tank "Sherman" and four units of industrial machine tool equipment from sunken vehicles "Thomas Donaldson".