March 9 2018
114
The infamous Ukrainian site “Peacemaker” published a statement in which he called the clergymen of the Russian Orthodox Church "combat units" of Russia and called on the Ukrainian military to shoot clergymen of the Russian Orthodox Church "at the slightest threat to life." The text of the statement was posted on the project page on Facebook. 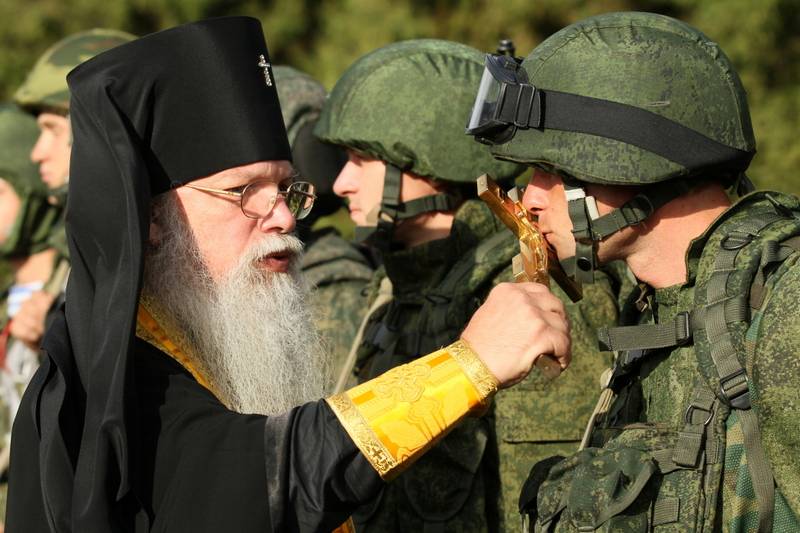 Every warrior of Ukraine should remember: Moscow and pro-Moscow priests are fighting units of the Russian aggressor, there is nothing sacred there, and an automatic can be hidden under the cassock. When checking - no exceptions and only a more thorough inspection. At the slightest threat to life - shoot without thinking
- the report says.

Recall that the Peacemaker regularly makes scandalous publications in which it publishes personal data of journalists, Donbas militias, as well as any other citizens whose position does not coincide with the opinion of the Ukrainian authorities.

Site activity has been repeatedly criticized. For example, the official representative of the Russian Foreign Ministry, Maria Zakharova, called the publication “a direct call for reprisal,” and OSCE Representative on Freedom of the Media, Dunya Miyatovic, called the entries on the site “an alarming step that could jeopardize the safety of journalists even more.”

Ctrl Enter
Noticed oshЫbku Highlight text and press. Ctrl + Enter
We are
The notorious Ukrainian site "Peacekeeper" published the personal data of 5 thousand journalists who have ever received accreditation to work in LDNR
Military Reviewin Yandex News
Military Reviewin Google News
114 comments
Information
Dear reader, to leave comments on the publication, you must sign in.