March 8 2018
107
The tankers of the American army in an interview with Business Insider rated the T-14 “Armata” tank, calling it a “powerful combat vehicle,” reports RIA News. 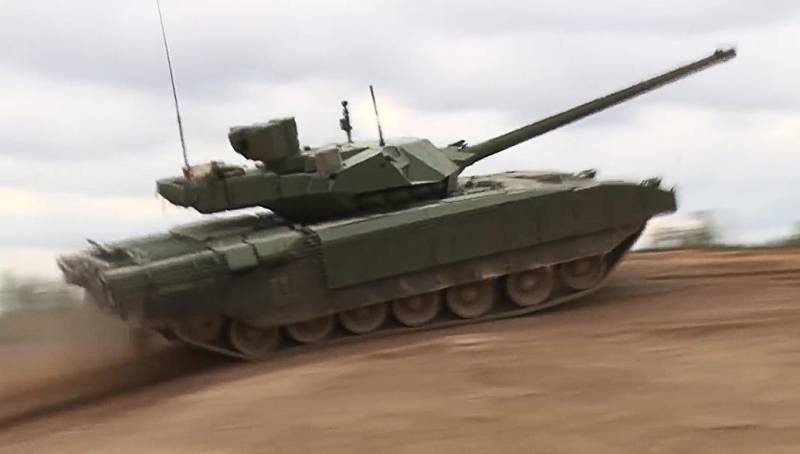 As the newspaper writes, the servicemen agreed to answer the journalist's questions only under the condition of complete anonymity.

In particular, Americans were embarrassed by the 125-mm gun "Armata" with an automatic loader, which, in their words, "it would be easier to charge manually."

It seems to me that Russians usually do weapon like a Kalashnikov: throw it in the dirt, it will work. And here, I think they got carried away, it turned out too heaped up,
noted one of the interlocutors of the online edition.

The military admitted that they liked the tank as a whole and called it a “powerful combat vehicle.”

They noted that “through automation, Russian engineers managed to solve many problems that other manufacturers faced tanks “For example, difficulties loading heavy ammunition.”

However, in the opinion of the Americans, “military equipment of such a level requires great effort when troubleshooting technical problems.”

Recall the T-14 - the tank of the third post-war generation, is entirely Russian design. Built on the basis of the newest universal heavy platform "Armata", which, in addition to tanks, makes it possible to produce heavy armored personnel carriers, infantry fighting vehicles, support vehicles, intelligence and control.