March 8 2018
27
French Foreign Minister Jean-Yves Le Drian called on EU countries to show firmness in relation to the plans of the American administration to impose duties on steel and aluminum, reports RIA News. 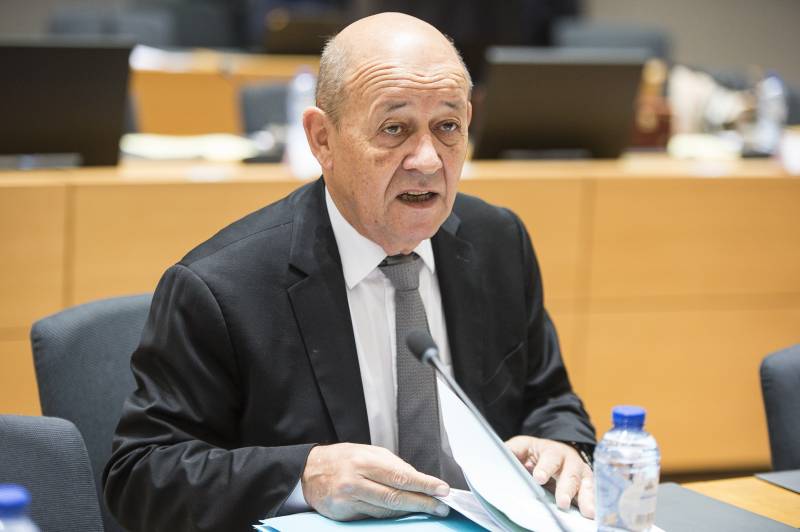 Europe must show its strength. She must be firm,
said Le Drian on CNews.

Earlier, Austrian Chancellor Sebastian Kurtz expressed a critical attitude to the introduction by the United States of duties on imports of steel and aluminum from the European Union. He called the plans of the White House "idiocy."

Recall that last week, US President Donald Trump said that almost all countries of the world, including the European Union, are being “stripped” of America in the trade sphere. Due to this, he promised to introduce import duties on steel in 25% and on aluminum in 10%. According to the White House, this decision will be implemented until Friday (March 9).

According to the president, the duties will act "for a long time." Restoration of various industries in the US and economic protectionism were Trump's main promises in the 2016 election campaign of the year.

Ctrl Enter
Noticed oshЫbku Highlight text and press. Ctrl + Enter
We are
Austria is waiting for Chancellor Kurtz. Will a young politician solve the problem of migration?
Military Reviewin Yandex News
Military Reviewin Google News
27 comments
Information
Dear reader, to leave comments on the publication, you must sign in.