Groysman: Gazprom must comply with the decisions of the Stockholm and Ukrainian courts

March 7 2018
136
The channel "112 Ukraine" publishes a statement by the Chairman of the Government of Ukraine, Vladimir Groisman. In his statement, Groysman called on the Minister of Justice of Ukraine to “step up work aimed at collecting fines from Gazprom.” According to Groisman, the Ministry of Justice of Ukraine "could involve international organizations in this kind of work." 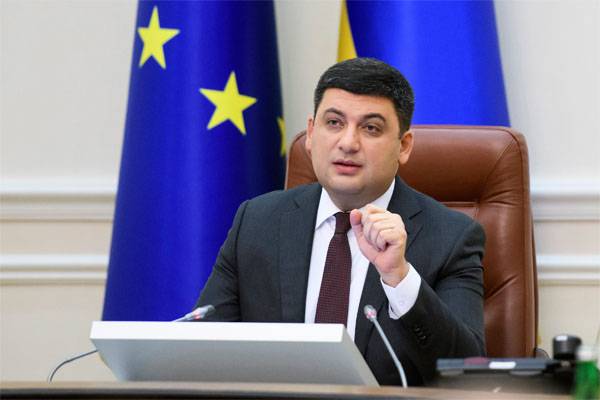 Interestingly, did Groisman himself understand what he said? .. Since when has Ukrainian legislation acquired such a “universal scale” that even foreign companies have to comply with the decisions of Ukrainian courts?

It is reported that the Ukrainian government considers it possible to seize the assets of the Russian company Gazprom abroad.

Economic experts believe that with such an approach to dealing with the main energy supplier to Ukraine, the latter may soon be left alone with an empty pipe and the resale of Russian gas to European “friends” two to three times more expensive than what Russia initially offered at price.

Ctrl Enter
Noticed oshЫbku Highlight text and press. Ctrl + Enter
We are
So who is in the span of the Stockholm arbitration - Gazprom or Naftogaz?
Military Reviewin Yandex News
Military Reviewin Google News
136 comments
Information
Dear reader, to leave comments on the publication, you must sign in.