Military servicemen instructed in the case of sexual harassment

March 7 2018
66
The representative of the Office of Legal Support of the General Staff of the Armed Forces of Ukraine Inna Zavorotko told the media about the new development in the ranks of the armed forces of Ukraine. This is a draft information card, which will explain to the Ukrainian military personnel how to act in the case of sexual harassment or gender discrimination. Information about the information card Zavorotko presented after the question at a briefing about whether women in the Ukrainian Armed Forces complain about sexual harassment or other non-statutory relations.


According to Inna Zavorotko, there have not yet been officially received such complaints from Ukrainian female servicemen.

From the statement of the representative of the General Staff of the Ukrainian Armed Forces:
We must work on the advance. And we are working on anticipation. Its main (informational card) goal is to give basic concepts of gender equality. This card also contains information about the treatment of a soldier who feels himself a victim or witnesses gender discrimination, including sexual harassment. 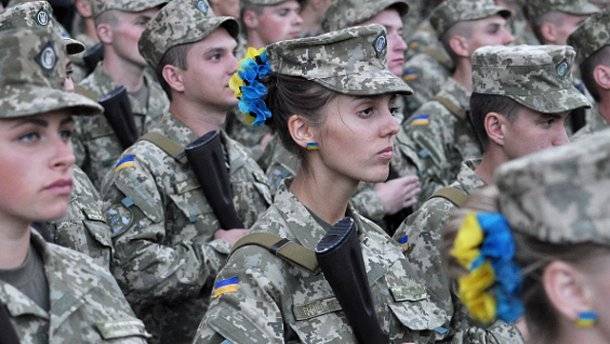 According to Zavorotko, the map shows the telephone numbers of the departments of the General Staff of the Ukrainian Armed Forces and human rights organizations, according to which each discriminated may apply in case of sexual harassment or gender discrimination.

Ctrl Enter
Noticed oshЫbku Highlight text and press. Ctrl + Enter
We are
In the Israeli army increased the number of complaints about the command and the conditions of life of military personnel
Military Reviewin Yandex News
Military Reviewin Google News
66 comments
Information
Dear reader, to leave comments on the publication, you must sign in.