March 7 2018
6
In accordance with the combat training plan, the crew of the larger landing ship (BDK) of the Black Sea fleet (BSF) "Caesar Kunikov" in the area of ​​the Opuk naval landing range fired artillery mounts at coastal targets simulating long-term firing points of a conditional enemy, the press service of the Southern Military District reports. 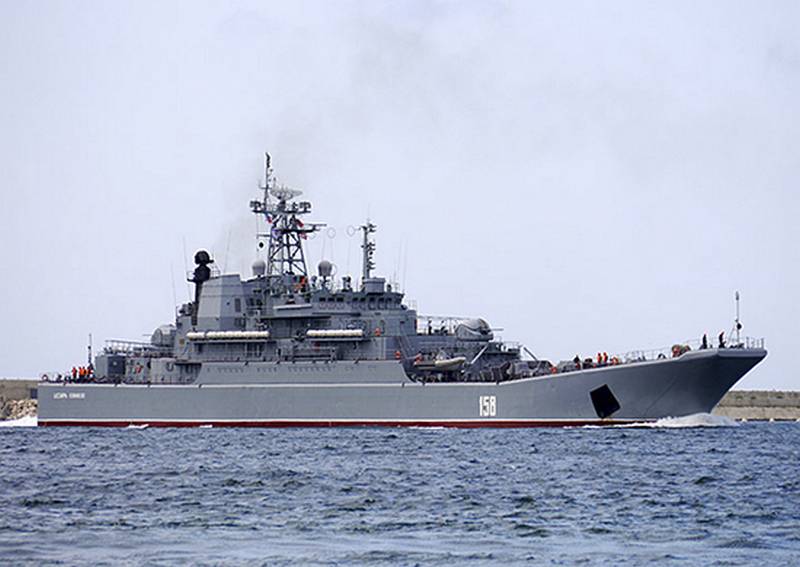 Then, in the course of training to repel the attack of a conditional enemy air attack, artillery calculations struck the dropping parachute targets, as well as one naval, indicating a floating naval mine.

In addition to performing artillery firing, the crew worked out the elements of marine maneuvering when threatened by the use of a conventional enemy weapons by ship.

In order to complicate the tasks and bring the situation closer to the real one, the sailors worked out various options and ways of approaching the shore for loading and disembarking the amphibious assault forces.
- added to the press service.