US build ships for Saudi Arabia

March 7 2018
8
The press service of the corporation Lockheed Martin announced that the US Department of Defense handed the company a contract to build four MMSC-type ships for Saudi Arabia.


The sum of the first tranche under the contract was $ 481 million. These funds will be used to purchase the materials and components necessary to start the construction of ships. Transfer to the customer the last ship in Lockheed Martin is calculated to 2024 year, the total amount of the transaction is estimated at more than $ 11 billion. 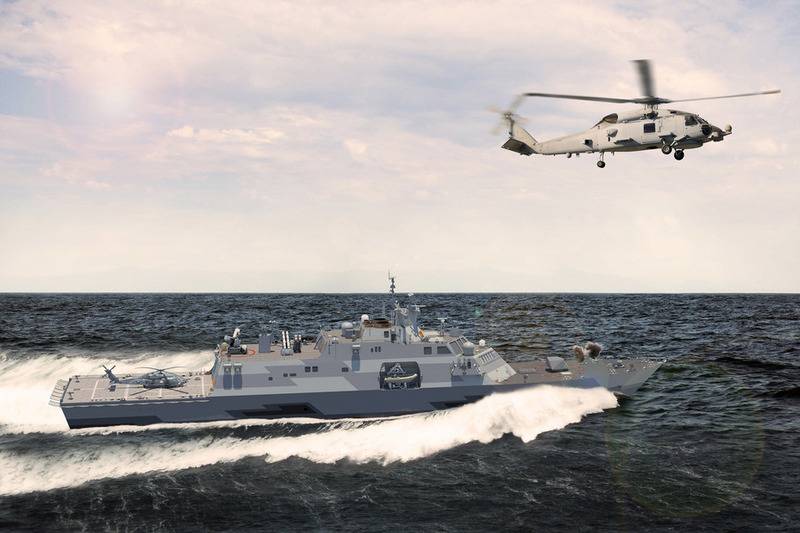 Multi-Mission Surface Combatant (MMSC) type ships were developed by Lockheed Martin Corporation based on Freedom type LCS (Littoral Combat Ship) coastal warships that are purchased by the US Navy. The project for Saudi Arabia is an enlarged and pre-armed version of LCS Freedom, while the contractor and the customer do not yet classify the MMSC for any class.

The length of each of the MMSC type ships will be 118 m. Ships will receive 57- and 20-mm gun mounts, as well as a wide range of missile weapons. The MMSC project is equipped with a platform and a hangar for the MH-60 helicopter. All ships ordered by Saudi Arabia will be supplied with a full set of weapons, spare parts, as well as the combat control system COMBATSS-21 (created on the basis of Aegis), reports "Warspot"

Ctrl Enter
Noticed oshЫbku Highlight text and press. Ctrl + Enter
We are
Littoral LCS warships with universal TLU Mk 41: the configuration of threats from the US Navy is complicated
Military Reviewin Yandex News
Military Reviewin Google News
8 comments
Information
Dear reader, to leave comments on the publication, you must sign in.