In Singapore, demonstrated a prototype quadrocopter, armed with a machine gun

March 7 2018
15
Singapore company ST Kinetics announced the development of a drone, which will be armed with small weapons, writes "Warspot" with a link to the janes.com portal. 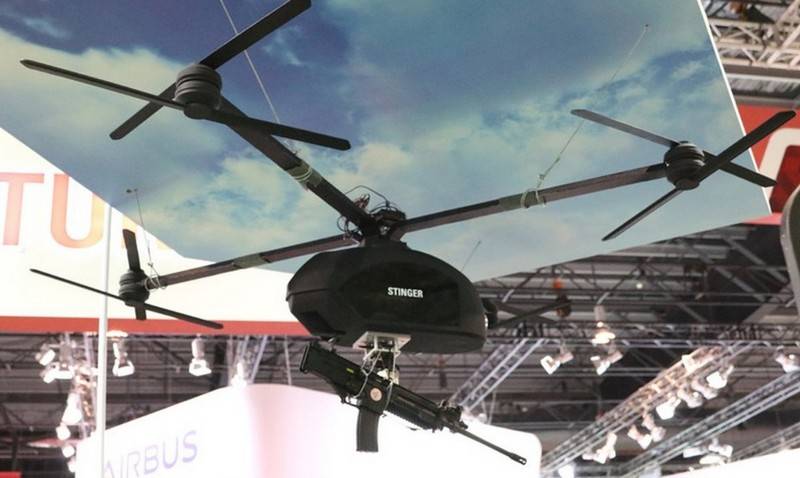 New development called Stinger Unmanned Aerial Multi-Rotor Gunship. The first full-featured prototype in ST Kinetics plans to be released as early as 2019. We are talking about 60-kg quadrocopter, equipped with all-weather reconnaissance module and mount to install a machine gun.

Representatives of ST Kinetics said that the first tests of the "Stinger" took place in 2017 year, and the combat system was very successful. Now the company intends to proceed to the refinement of prototypes and the creation of full-fledged combat models, the autonomous time of which will be at least 30 minutes