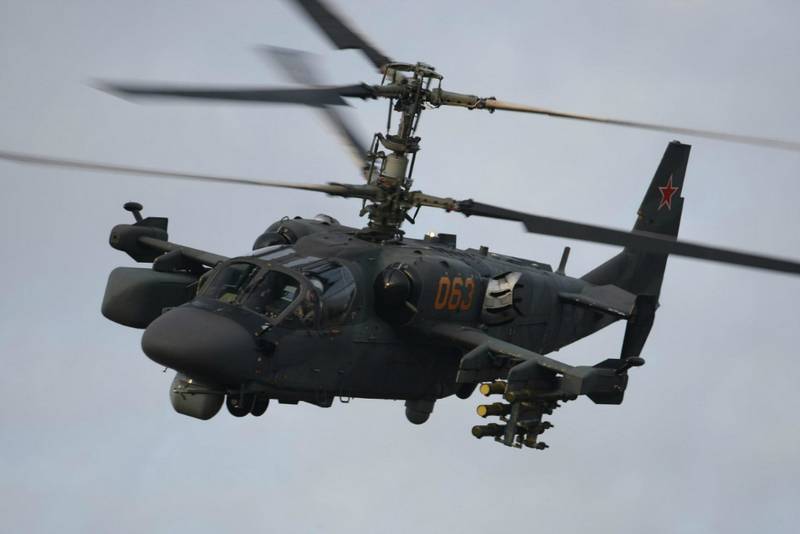 Two links of the Ka-52 Alligator military helicopters entered the helicopter regiment of the Western Military District formed in December last year, stationed in the Smolensk region
- he said.

Disassembled cars were transferred to Pskov from the factory’s workshops in the Far East. Then the experts finally collected them. After that, the "Alligators" flew to the place of permanent deployment.

This week, the crews who underwent special retraining at the Army Flight Retraining Center aviation in the Tver region, made the first training flights on the new Ka-52 - reports Tug Muginov’s words

Ctrl Enter
Noticed oshЫbku Highlight text and press. Ctrl + Enter
We are
In ZVO paratroopers work out the seizure of the airfield of the "enemy"344 th center for combat use and retraining of flight personnel in Torzhok 35 years old
Military Reviewin Yandex News
Military Reviewin Google News
10 comments
Information
Dear reader, to leave comments on the publication, you must sign in.