March 7 2018
107
When the smoke from the “asymmetric solution” of the Stockholm arbitration court was somewhat dispelled, the picture of the defeat of Naftogaz of Ukraine began to take real shape and already resembles the rout of the Swedes near Poltava. Announced "Naftogaz" "victory" over "Gazprom" is quickly becoming another terrible zradu. It is noteworthy that arbitration is Swedish: how does it laugh at us история, or someone else! 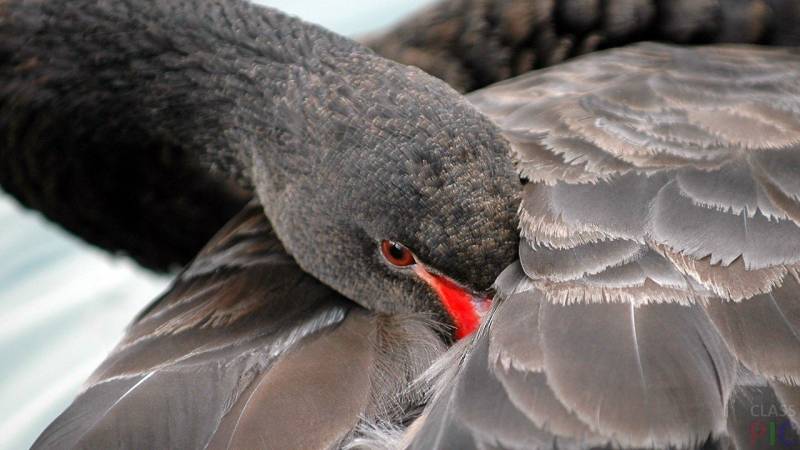 The result of the Swedish arbitration was the termination by Gazprom of contracts with Naftogaz, gas transit to Europe was threatened, and, objectively, for Europe, the need to build Nord Stream - 2 to Russia increases. Gazprom’s continuation of gas transit through Ukraine after the termination of the contract with Naftogaz becomes impossible. What does it mean? Stockholm arbitration will soon be declared "Moscow agent" ...

As long as the biased “asymmetrical” decision of the Arbitration is suspended while Gazprom appeals are being considered, both Gazprom’s gas contracts with Naftogaz are moving to a stage of termination, rather than a normal execution, and everyone will soon feel this difference. A supplementary agreement to the gas supply contract with Gazprom to Naftogaz is not the last to be signed, and will not be signed anymore, which means that there will be no direct supply of gas to Naftogaz.

The most expensive thing in the world - stupidity, for unknown reasons, it is always distinguished by frantic patriots. Therefore, dismantling in Kiev with Naftogaz, its head Andrei Kobolev and the company is very possible now. Poroshenko urgently need scapegoats for Stockholm zradu, and Kobolev with friends are the best candidates for these goats.

Under the contracts with Gazprom, Naftogaz had a discount on Russian gas as a transit country, so direct gas for Ukraine has always been cheaper than reverse European gas. But the “patriots of Ukraine” violated in such a way that as a result, Naftogaz carries out the transit, but does not receive direct Russian gas. Moreover, as a result of the Stockholm adventure, Ukraine does not use all of its advantages as a transit country, receiving only transit fees.

Naftogaz itself refused direct gas supplies because it filed lawsuits against Gazprom in the Stockholm Arbitration in order to change gas contracts with Gazprom in its favor. And who just gave him such strategic advice?

Ukrainian observers have reported that American advisers have long been hosting the Naftogaz office as at home, and it can be assumed that it was they who provoked Naftogaz: they promised to “throw” Gazprom in the Stockholm arbitration. And indeed, we see the “asymmetric” decision of the Arbitration in favor of Naftogaz. And immediately the ears of the US State Department appeared: he called for the decisions of the Arbitration to be implemented. That's just Gazprom not only filed an appeal, but decided to immediately terminate the contracts rewritten in Stockholm.

Did the Americans consider this “plan B”? Perhaps, however, they did not report this to the patriots from Naftogaz, but they themselves did not guess about it. We see Naftogaz’s complete unpreparedness for such a development, which resulted in an immediate gas crisis in Ukraine, panicky and contradictory statements, explanations and stupidity of the head of the company, Andrey Kobolev, such as billing for European gas for Gazprom.

For Europe and Germany, the best way out of the Stockholm crisis is to satisfy the appeals of Gazprom with the same Stockholm arbitration in order to forget this scandal like a bad dream. After that, Europe may turn to Gazprom with a proposal to withdraw applications for termination of contracts with Naftogaz, especially on transit. Gazprom will certainly set some kind of counter conditions, but we still need to live up to this point. This is a soft version of the resolution of the Stockholm crisis.

The hard option is that the Arbitration will reject Gazprom’s appeals, and Gazprom will terminate the contracts with Naftogaz in court, which will take plus or minus one year. Naftogaz will have to transit gas without receiving direct gas supplies from Gazprom, receiving only transit fees. If Gazprom again tries to condemn asymmetrically in the Stockholm arbitration, it will find grounds for stopping the Ukrainian transit so that the costs of this decision will be borne not only by Moscow, but by all participants in the process. The greatest costs will be borne by Europe and Ukraine, which will plunge into an energy crisis. It is unlikely that the penalties of "Gazprom" will serve as their consolation.

Therefore, the Stockholm arbitration will inevitably be declared the “Moscow agent”. After all, after his remarkable asymmetric decision, Moscow takes the initiative in gas relations with Europe. Ukraine is simply out of the game. From now on, she has the role of a poor relative between Europe and Russia. Gazprom gets a strong bargaining position with respect to Europe, threatening a decrease in transit in the event of further developments unfavorable to it in the Stockholm Arbitration. As a “plan B” for Gazprom, there are the “Turkish Stream” and the “Power of Siberia” to China, scheduled for commissioning approximately at the end of the contracts with Naftogaz.

In principle, Germany needs to urgently establish its control over the Ukrainian gas transportation system in order to negotiate the continuation of transit with Russia, but the Americans are unlikely to like it. The United States is waging a war with Russia in Ukraine by all available means, even with the help of the Stockholm arbitration, in order to break the energy relations between Russia and Europe. The asymmetric decision of the Arbitration in favor of Naftogaz is directed primarily against the Nord Stream - 2, the construction of which has not even begun.

If, as a result of all the Stockholm squabbles, Germany begins to establish its control over the Ukrainian gas transportation system, the United States can only blow it up, especially since they now have great sabotage opportunities in Ukraine.

Two floors of the CIA in the Security Service of Ukraine in Kiev have settled for a long time and firmly, and we can assume that they have access to Svidomo patriots, outraged by the injustice that Gazprom supplies gas to Europe, and Ukraine lives in misery without gas. This is an obvious Zrada, which can be eliminated by blowing up the GTS. UkroSMI reports that the National Guard under Ukraine urgently takes under the protection of the CTA, which needs to be protected from someone, blaming everything, of course, on Gazprom. Although Germany in this case is unlikely to be fooled. In other words, in the western regions of Ukraine, a small war may soon erupt between the patriots attacking the GTS and its defenders from the national guard, which is also full of patriots

Russia can calmly look at all this from the side, having another trump ace on hand: if necessary, Russia can suspend all trade and economic relations with the Bandera Ukraine, which officially declared Russia an “aggressor country”.

... The "Black Swan" of the energy crisis named after Paul Craig Roberts clearly spreads his wings over Europe.

Ctrl Enter
Noticed oshЫbku Highlight text and press. Ctrl + Enter
We are
"Black Swan" flew?So who is in the span of the Stockholm arbitration - Gazprom or Naftogaz?
Military Reviewin Yandex News
Military Reviewin Google News
107 comments
Information
Dear reader, to leave comments on the publication, you must sign in.