Supporters of "Mikhaydan" decided to create a "Defense Forces of Ukraine"

March 6 2018
55
Mikhail Saakashvili’s supporters, dispersed by the police, after the demolition of the tent camp under the Verkhovna Rada in Kiev announced the creation of the Ukrainian Defense Forces and the National Salvation Committee, they wrote in a statement on Facebook. 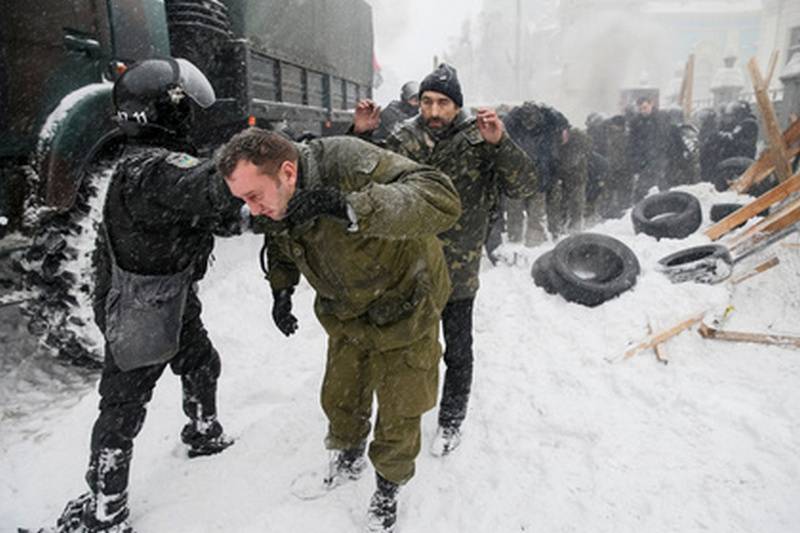 The headquarters of the movement "Liberation" noted that they regard the actions of the police, by force dispersed the protesters, as "an attempt by the authorities to intimidate society and to draw into the civil opposition in the center of Kiev those who are not intimidated."

"Liberation" creates the Ukrainian Defense Forces in order not to allow Putin's henchmen to terrorize Ukrainian society and be ready to repel a possible offensive by the Russian army that will defend the Kremlin-controlled oligarchic regime of Ukraine
- the organizers said.

We remind you that on March 3, the police took by storm the tent camp in front of the Verkhovna Rada building in Kiev, which included supporters of the former governor of the Odessa region, Mikhail Saakashvili. Then more than 100 people were taken to the police station. Law enforcement officers found nine RGD-5 grenades, five smoke bombs and Molotov cocktails in tents, Lenta.ru reports.