Ukraine has once again announced a big sale of state property

March 7 2018
31
Last Friday, President of Ukraine Petro Poroshenko signed another law on privatization. This time, as experts noted, the Ukrainian state property will be “sold by auction in accordance with English law”. To the state property, the current Kiev authorities are approaching not for the first time. To some extent this has already become a kind of spring fun, since the implementation of such laws, as a rule, is announced in March. And then it all comes down to the greed of Ukrainian officials, who are confused about the desire to replenish the country's budget and their desire to get hold of state property. 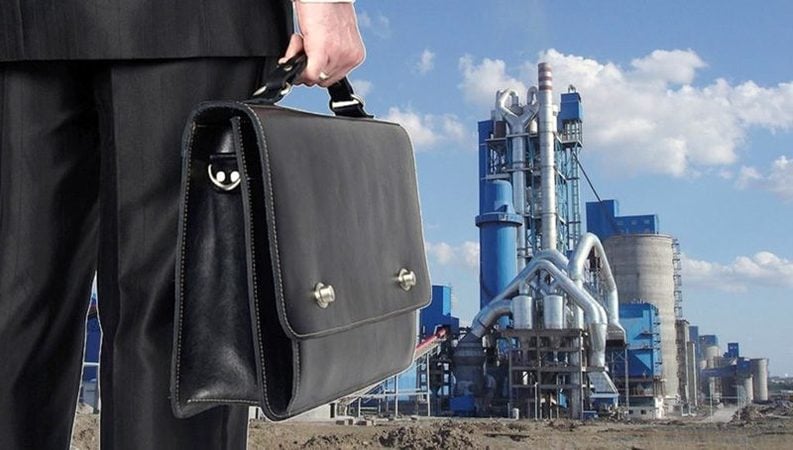 This time, in Kiev, they threatened a “big privatization”. The State Property Fund of Ukraine (SPFU) is planning to sell about a thousand state-owned enterprises before 2020. Among them there are large 20 - sort of notorious for the past attempts to privatize the Odessa port plant.

Several thermal power plants and regional energy companies, the leading energy generating company of Ukraine, Centrenergo OJSC, Zaporizhia Aluminum Plant, the plant for the production of mineral fertilizers Sumykhimprom and other long-livers of Ukrainian privatization will be put up for sale.

The fact is that many of these objects were previously included in privatization plans, but were not properly prepared for trading. In some cases, as was the case with the Odessa plant, they tried to bring their price down to a waste, but they could not, in others, conflicts of interests of state property applicants froze possible transactions for a long time.

Be that as it may, there has been no serious income to the budget for privatization revenues in Ukraine since 2005. For example, last year a little more than 3 billion hryvnias came from the sale of state-owned enterprises to the Ukrainian treasury, although the plan raised as much as 17 billions. The new appetites of the Ukrainian government have now risen to 22 billions, but not hryvnias, but the most genuine American dollars.

Among other things, the order of 400 objects of the so-called "small privatization" is put up for sale. Children's camps, cinemas, shops and even ships will go under the hammer. They will hone a new law, which now has an important innovation. Possible disputes between the claimants for state property can be considered not in local instances, but in an international commercial arbitration court, which operates on the principles of English case law.

This is a nod to foreign investors, whom the authorities in Kiev invite to the privatization of Ukrainian enterprises. For them, all the most "sweet and warm." Whom the Ukrainian authorities absolutely do not want to see at privatization auctions are companies and citizens of the Russian Federation.

Weapons are weapons, but the financial well-being of a part of privatization objects is directly connected with their cooperation with “companies of the aggressor country”. The same Sumy Chemical Plant made mineral fertilizers from Russian natural gas, and the port plant in Odessa became one of the largest chemical enterprises in Ukraine, thanks to the processing of ammonia supplied by the Togliatti-Gorlovka-Odessa product pipeline by the Russian company Togliattiazot.

However, the ban on the participation of Russian companies is more likely propaganda. In the 2016 law of the year, the whole aggressor state was also devoted to a whole story of prohibitions. However, last year, according to the Ukrainian State Statistics Service, Russia entered the top three countries in terms of direct investment in the Ukrainian economy. (Cyprus - 25,5% in the structure of foreign investment, the Netherlands - 16,2%, Russia - 11,4%.)

Experts note that in the first (Cyprus) and the second (Netherlands) cases we are talking about investments through offshore. In such a scheme, the final beneficiaries are not obvious, to a large extent, the likelihood of this could also be Russian companies interested in recapitalizing their previously acquired assets.

In any case, Russian companies can use their offshore structures and take part in privatization deals in Ukraine. Local politicians do not like it very much. Recently, as the German DW reported, the head of the parliamentary faction "Popular Front" Maxim Bourbaki demanded that the Antimonopoly Committee of Ukraine reconsider decisions on the purchase of LLC Energy International International more than 50 percent of the shares of the energy supplying company Chernivtsioblenergo.

In essence, the talk is about the nationalization of the assets of the VS ENERGY group, the beneficiaries of which are several Russian businessmen. Statements similar to what Bourbaki did were made by other regional deputies. Indeed, among the assets of the Energie, there are ten more regional energy companies, including Kievoblenergo.

The imputed Ukrainian politicians (there are such) reject the populist approach of Deputy Bourbaki and his supporters. They understand that the free treatment of someone else’s property will keep investors away from the country forever. Moreover, such cases are already known in the world. Most often in this regard, remember history US citizen of Ukrainian origin Vadim Segal.

Segal, the manager of an investment firm in New York, invested in his former homeland and built a soy plant for 50 million. The new company attracted billionaire Dmitry Firtash, and he simply cleaned it up for himself. In response to the seizure of his property, Segal turned to the local courts and the Ukrainian government for protection, but this did not help. Moreover, the efforts of Firtash Interpol issued a warrant for the arrest of Seagal, accusing him of fraud.

This story (and it is not unique to Ukraine) shows investors that they should not hope for a fair attitude of local law enforcement agencies to the resolution of business disputes. That is why the new law prescribed a procedure for the consideration of such conflicts in an international commercial arbitration court.

In Ukraine, a new procedure for settling disputes is presented as a breakthrough into civilization. In fact, this is a forced measure to counter the total corruption of Ukrainian officials. Without international protection from them, Western investors are unlikely to discuss the proposals of the Ukrainian government on the privatization of Ukraine’s state property.

This is not the only obstacle in the implementation of the privatization program. Experts note that the top Ukrainian officials are not interested in it. Today, they fully control the financial flows of state-owned enterprises, while not forgetting themselves loved ones. Privatization can deprive them of such a rich trough.

It is not by chance that in recent years, plans to privatize Ukrainian state property have not been implemented at all. For example, after Maidan, in 2014, the then Prime Minister of Ukraine, Arseniy Yatsenyuk, threatened to carry out the largest privatization in the last 20 years.

That plan was fulfilled by just 0,3%. The following year, the privatization rate rose to 1%. The record in this regard was 2017 year - almost 18 percent. However, even this record was only a confirmation of the fact that officials are in no hurry to let go of the state property that brings them a lot of profit.

The ambitious plan of privatization, according to experts, will face the same problems and turn into a new endless series of unfulfilled promises.

Ctrl Enter
Noticed oshЫbku Highlight text and press. Ctrl + Enter
We are
Payette in Odessa praised the Ukrainian army and "blessed" the privatization of the Odessa port plantReports from the militia of New Russia for 27-28 September 2014 of the year
Military Reviewin Yandex News
Military Reviewin Google News
31 comment
Information
Dear reader, to leave comments on the publication, you must sign in.