The new use of the bomb Viper Strike 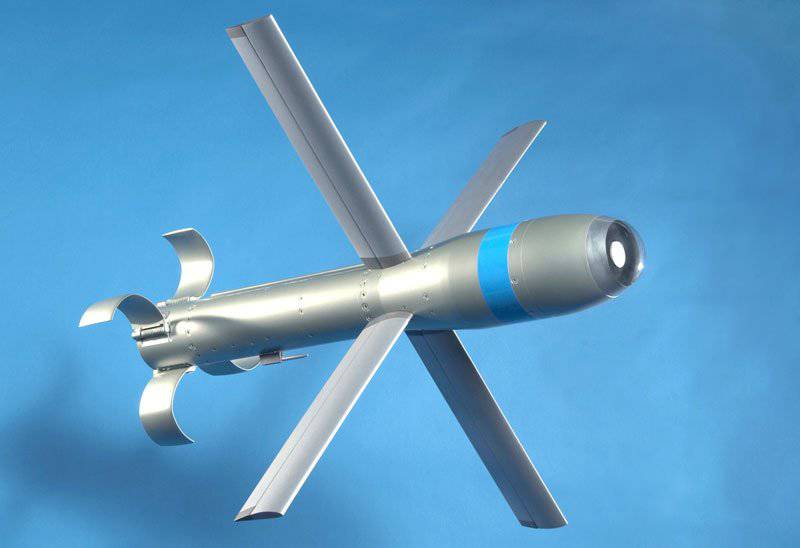 After more than a decade of failing a guided laser-guided bomb Viper Strike, she finally gets some work. The US Army is currently using Viper Strike on a UAV Hunter. Seven hundred and twenty-seven kilogram UAV Hunter is capable of carrying up to 91 kg of sensors and weapons. This payload limit makes the use of 47 kg Hellfire boundary, but is ideal for a twenty-kilogram Viper Strike. 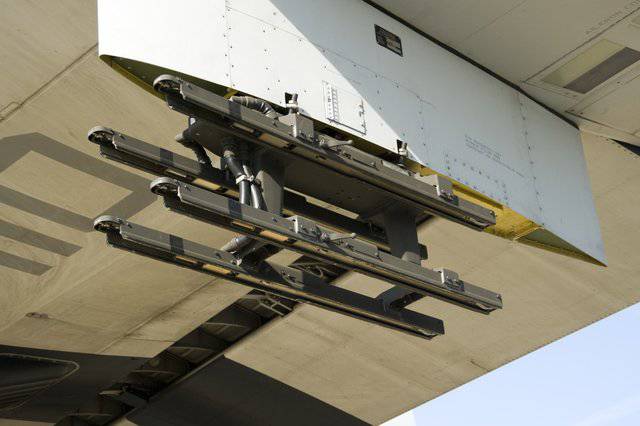 Viper Strike was originally developed as an anti-tank weapon and its warhead contains only 1.8 kg of explosives. But it was not a small amount of explosives that made it an excellent weapon for fighting in urban conditions, since the bomb is very accurate and there is less likelihood that its use will lead to undesirable civilian casualties. Viper Strike is a glider (without an engine) with a length of 914 mm and 130 mm in diameter (with folded wings). The bomb should be dropped no more than a thousand meters from the target, but this was not a problem. 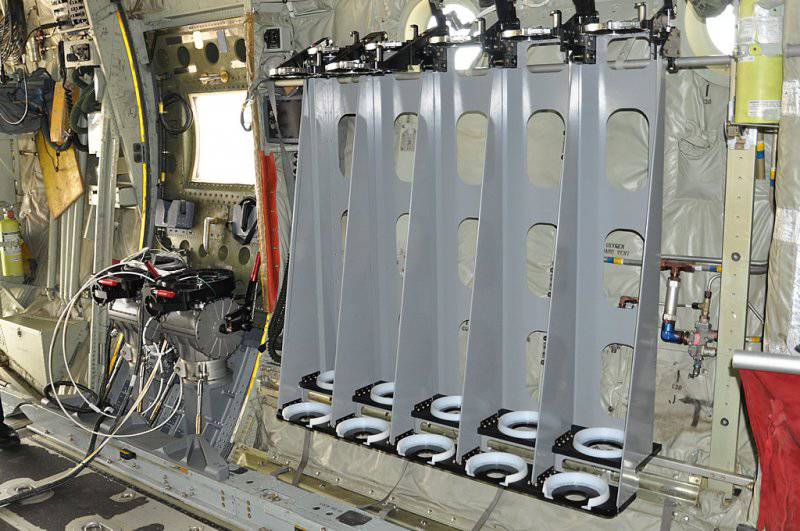 Recently, the Viper Strike bombs were also used on the new KC-130J transport aircraft equipped with a modified Derringer Door, which allows launching rockets and reloading the launcher without first depressurizing the aircraft and lowering the rear ramp. 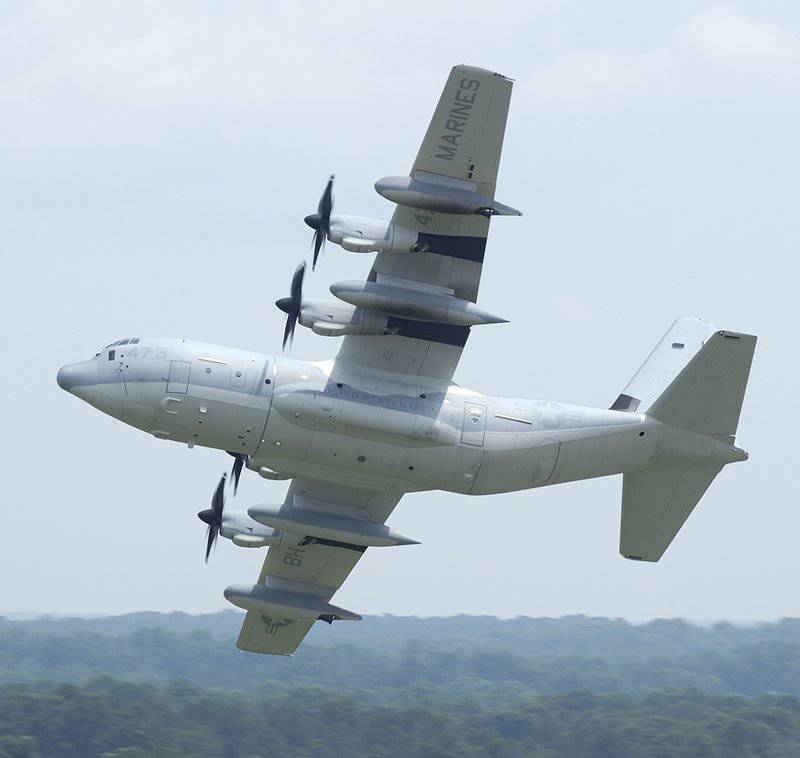 The KC-130J is the latest and largest version of the C-130 transport aircraft of the US Marine Corps used for air refueling. But the KC-130J can carry cargo and carry weapons (bombs and missiles) on its wings. The latter are probably on the KC-130J version, called Harvest Hawk. This combat system allows you to quickly deploy weapons and sensors on the C-130 transport aircraft. This whole procedure takes only a few hours and as a result, the C-130 transport aircraft turns into a combat platform (similar to the capabilities of AC-130). A set of sensors consists of a package of day and night cameras with zoom capabilities. Currently, the armament consists of ten Derringer Door launch tubes and four Hellfires missiles suspended under the wings. The first combat system of the US Marine Corps arrived in Afghanistan two years ago. Since then, the planes Harvest Hawk launched hundreds of Hellfire and Griffin missiles, and also repeatedly detected enemy activities. Now also used Viper Strikes. 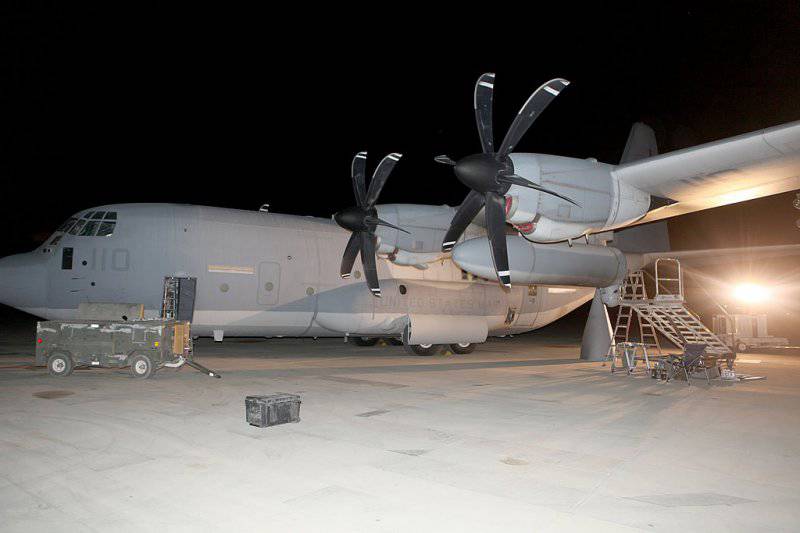 One problem was the need to open the rear hatch to launch rockets and reload the launcher. Since airplanes usually operate at high altitude (6400 meters above sea level, the crew had to wear oxygen masks and it took time to equalize the pressure in the cargo hold and lower the rear ramp). The new system Derringer Door contains ten launch tubes that can be used (for firing or reloading) with the ramp closed. 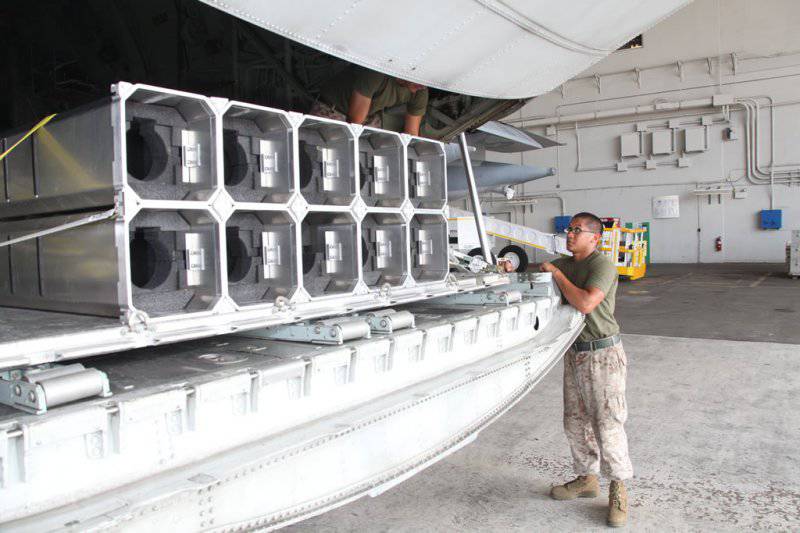 Initially, a Griffin rocket was used from these launch tubes. It weighs 20.5 kg and is equipped with a 5.9 kilogram warhead. Griffin has a greater range (15 km) than Hellfire thanks to the drop-down flaps allowing it to plan after launch. Griffin uses a laser, GPS and inertial guidance system. The Hellfire II missile was developed much earlier, it weighs 48.2 kg, is equipped with a 9 kg warhead and has a range of 8000 meters. 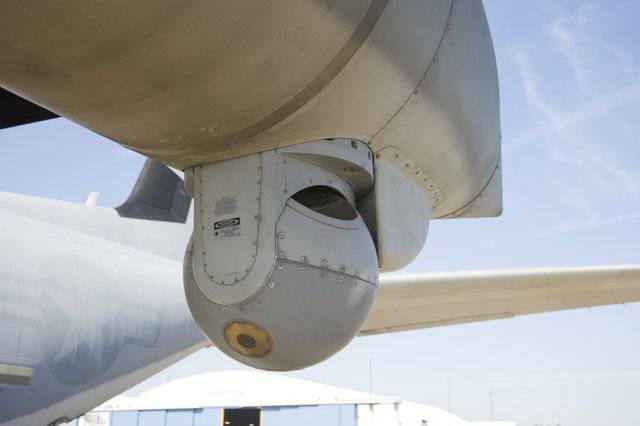 The main advantage of the combat system on the KC-130J are its sensors, and not weapons. The system is able to observe the picture of what is happening at night in the smallest detail and immediately begin to destroy the target using on-board armament, and with the advent of smart bombs (with GPS and laser guided), air weapons have become more accessible to defeat any detected target. Thus, Harvest Hawk is capable of hitting “urgent” targets (which must be destroyed before they disappear), and can also use “smart” bombs or laser-guided missiles at targets that are not going anywhere in operational terms. Most of the work of Harvest Hawk in Afghanistan is related to the search for roadside bombs or those who lay them. Marines want to keep track of those who lay roadside land mines in order to reach their bases, and then conduct a combat operation against them.