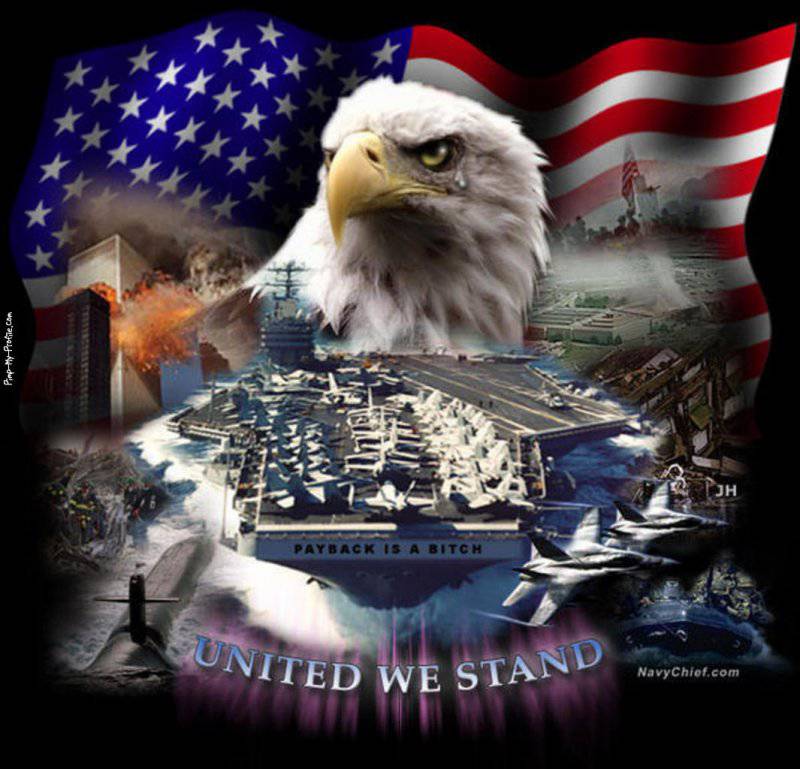 Henry Kissinger was Secretary of State, from 1973 to 1977 the year and is the author of the recently published book "In China".

An equally important aspect of the Arab Spring is the revision of the previously dominant foreign policy principles. The United States is withdrawing from the military efforts in Iraq and Afghanistan, carried out on the basis of (which is, however, disputed) the interests of American national security, in order to return to a number of other states in the region (albeit uncertainly) in the name of humanitarian intervention. Will democratic reconstruction replace national interests as the guiding star of politics in the Middle East? What does the Arab Spring really represent, is it a democratic reorganization?

There is a consensus that the United States is morally obligated to act in concert with the revolutionary movements in the Middle East as a kind of compensation for the Cold War policy, always described as “erroneous”, in which, for security purposes, we cooperated with non-democratic governments in the region. Then, it is claimed, we supported fragile governments in the name of international stability, thereby generating long-term instability. And although some of these strategies were carried out uselessly, it must be borne in mind that the Cold War lasted 30 for years and brought about decisive strategic changes, such as Egypt’s rejection of an alliance with the Soviet Union and the signing of the Camp David agreement. If a model that is developing at the present time fails to establish an appropriate attitude towards its proclaimed goals, then it risks being unstable from the very beginning, which can drown the values ​​proclaimed to it.

The Arab Spring is widely represented as a regional, youth-led revolution in the name of liberal democratic principles. But these forces do not dominate in Libya, and it is unlikely that it will already exist as a state. Or Egypt, where the majority of voters (perhaps permanent) are overwhelmingly in favor of the Islamists. Nor do the Democrats, it seems to me, prevail in the Syrian opposition. The consensus of the Arab League on Syria is formed by countries that have not previously differed in practice or in the promotion of democracy. Rather, it largely reflects the millennial conflict between Shiites and Sunnis and the attempt to regain Sunni domination over the Shiite minority. In addition, this is why so many minority groups such as Druze, Kurds and Christians are in a difficult position during regime change in Syria.

The merging of many disparate insults with the recognition of common slogans is not a democratic result. With victory, it becomes necessary to distill democratic development and establish new power structures. The more extensive the destruction of the existing order, the more likely it will be to create internal organs and it becomes more likely the use of force or the introduction of a universal ideology. The more fragmented the society, the more the temptation grows to promote unity by calling for an introduction that unites everyone, nationalism and Islamism, and not an orientation towards Western values.

We must ensure that, in an era of shorter attention span and turnaround revolutions, in the outside world and in applying the Internet experience, our attention during the close observation of events would focus on a few key points and then tune in to an event considered more important. A revolution will be judged by appointment, not its origin, by results, not by its proclamations.

For the United States, the doctrine of humanitarian intervention in the Middle Eastern revolutions will prove to be unsustainable if it is not related to the concept of American national security. When intervening, it is necessary to take into account the strategic importance and social cohesion of the country (including the possibility of breaking the complex of its specific camouflage) and evaluate what can be plausibly built on the site of the old regime. At the time of this writing, the traditional fundamentalist political forces, reinforced by an alliance with radical revolutionaries, threaten to dominate the process, and the social network elements that formed its beginning are losing popularity.

American public opinion has already turned away from the amount of effort that is needed for transformation in Vietnam, Iraq and Afghanistan. We believe that less obvious strategic participation, denial of the US national interests will make the national complex on small construction? Do we have a preference for which groups will come to power? Or are we really agnostics *, therefore, as long as the mechanisms of our influence are selective? In the latter case, how can we avoid the strengthening of the new absolutism, the legalized management of plebiscites, and the continued dominance of the sectarians over the majority? What results are compatible with America’s core strategic interests in the region? Will it be possible to combine a strategic exit from key countries and a reduction in military spending with the doctrines of universal humanitarian intervention? Discussion of these issues is largely absent in the debate on US foreign policy regarding the Arab Spring.

For more than half a century, US policy in the Middle East has been guided by several goals in the core of security: preventing any forces in the region from developing as hegemones, ensuring the free flow of energy and resources that are still vital for the stable work of the world economy and torture mediation in establishing lasting peace between Israel and its neighbors, including agreements with the Palestinian Arabs. Over the past ten years, Iran has become a major challenge for all three positions. Therefore, any process that is connected with the governments of the region, even too weak or too anti-Western orientation, as a result, to provide, as a result, support for us, and even in which partnership with America is no longer welcome, should evoke US strategic interests beyond independence from electoral mechanisms through which these governments come to power. Within the boundaries of these general restrictions, American politics has considerable scope for creativity in promoting humanitarian and democratic values.

The United States must be prepared to deal with democratically elected Islamist governments. But it is also an opportunity to freely implement the standard principles of our traditional foreign policy in order, in specific conditions, to coordinate positions in our own interests with the actions of the government in question.

The behavior of the United States during the Arab upheavals has so far helped avoid America being an obstacle to revolutionary change. This is not a minor achievement. But this is one of the components of a successful approach. In the end, US policy will also be judged by what comes out of the Arab Spring, whether the reformed responsibilities of states in relation to international order and humane institutions are improving.

* Agnosticism (from Greek ágnōstos - inaccessible to knowledge), a philosophical doctrine, according to which the question of the truth of knowledge cannot be finally resolved, an objective characteristic of the reality surrounding the person is obtained.