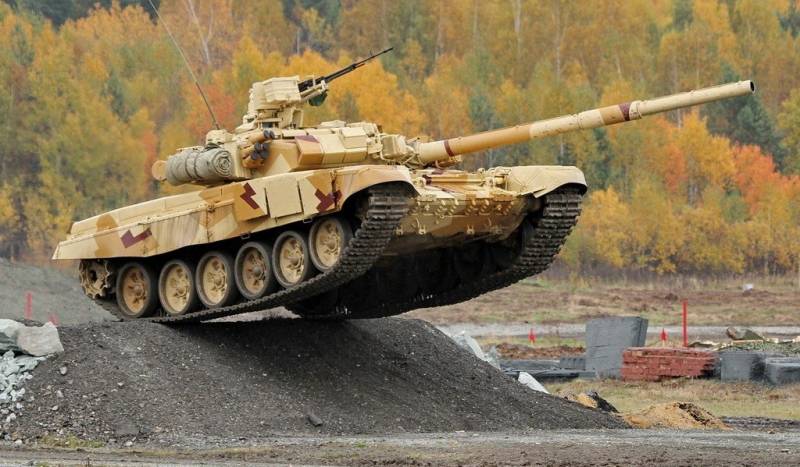 The paradox of our time: a beautiful picture is more important than reality. And people love pictures. And if the picture also has some information, but with conclusions ... In general, beauty!

Many people, according to the old Soviet habit, believe in what is written in the official press, unconditionally. Others, from the new generation of nihilists, on the contrary, do not believe in anything. From the series "there are two opinions." One is mine, and the second is wrong.

We have already written about the loss of ability to analyze in our society. Given the similarity of the processes taking place in Ukraine, everything is going on there in a similar manner. Descending.

More recently, another article appeared and was widely disseminated, which aroused interest in readership. The theme is as old as the world, but nonetheless. "Tank schools. Why the Ukrainian Oplot is better than the Russian T-90. "

Already on the title, a knowledgeable reader understood what was going on. And it immediately became boring. Here, again ... 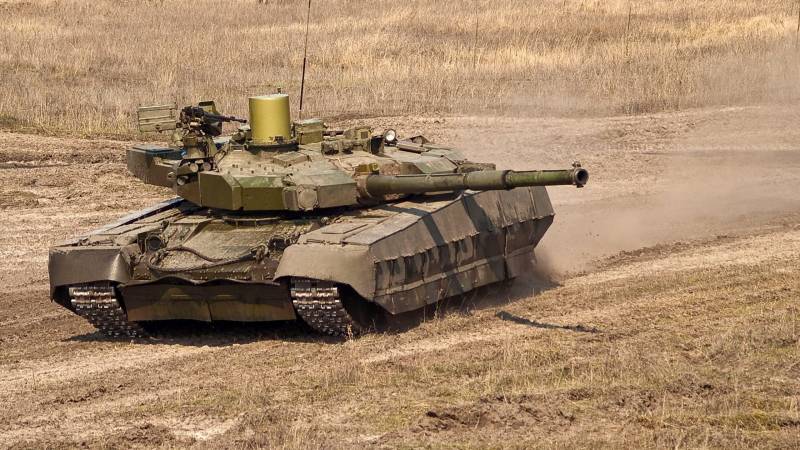 Our neighbors again told the world about the greatness of their own combat vehicles in comparison with the Russian ones. But no, let's not hurry, everything has its time. In the meantime, several "expert conclusions" of the Ukrainian edition. Paradoxical.

Here you need to do a little excursion to history. The machines were actually sent to the front. However, except for participation in parades nowhere lit up. This is despite the fact that Ukraine experienced and is experiencing a huge shortage of tanks in the Donbass and is forced to throw on the contact line the T-64 modifications recovered from the scum of the vehicle. 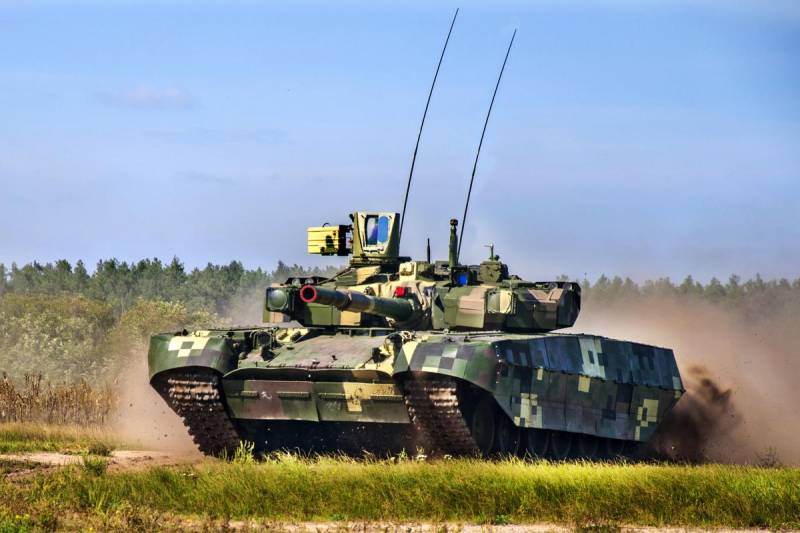 Paradox? Paradox. Yes, we also do not send "Almaty" to Syria, and they, too, are purely ceremonial. But forgive me, here and in addition to the “Armat” of fresh tanks, as it were, a shaft. Fresh - in the sense of T-90 and T-72B3М, which, no matter how tugging them for the caterpillar, is no worse than the "Stronghold", at least.

It is clear that the material is designed for Ukrainian consumers. But with the hope that it will be studied by someone from the military command of third countries. Now in such countries it has become fashionable to have our own armored units. What a no, but an indicator of the power of the sun.

"... our Kharkov engineers took the path of gradual modernization (primarily increasing mobility, security and firepower) of the T-XNUMHUD tank (and the T-80 and Oplot-B) are the top), and the Russians - the T-84BU (its the most modern version has the designation T-72А) ".

Again, experts and people interested in tanks, laughed. What is issued for the modern Russian tank, has long been discontinued. 7 years have passed. Changed a little letter in Russia. Now it is T-90M. And with very different characteristics than the T-90A. 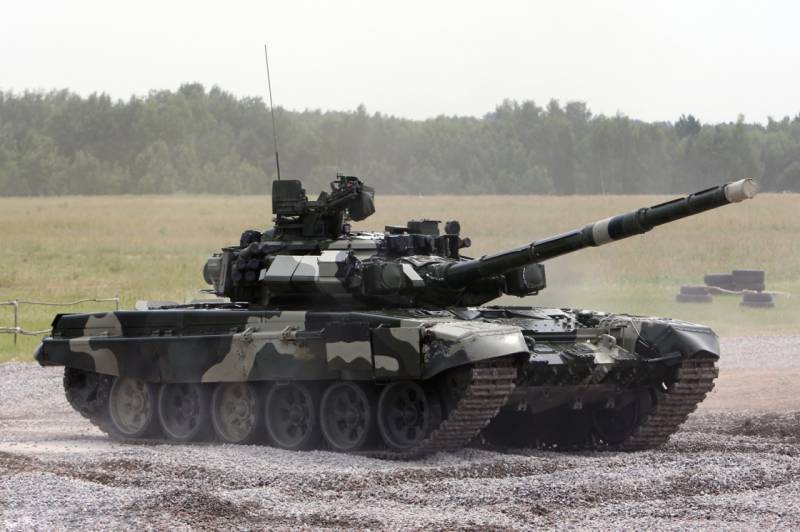 In order not to get into technical details, and among our readers there are a lot of very qualified and knowledgeable specialists of this profile, we just remind you that the Russian-made combat vehicle has been in service with 25 for years. From 1992 year. And the "Stronghold"?

And exported not the first year. Only in India today such 1200 machines. Recently, deliveries of T-90 to Iran began. The contract is for the time being on 80 tanks. This became possible after the military experts saw the possibility of even “outdated” Russian cars in real fighting in Syria.

The reaction of Svidomo part of Ukrainian society was predictable. Peremoga! And this is needed peremoga for two purposes. “Release” the Donbass and oust (or rather, bite off a piece) of Russia from the arms market.

Whatever the Ukrainian president says about the adherence to the Minsk agreements, his recent speech before the military showed that Kiev is serious about war. February 20 in his speech Poroshenko openly set this task. A little earlier, after the signing of the law on the reintegration of Donbass, he ordered the General Staff of the Supreme Soviet of Ukraine to prepare documents for the implementation of the military scenario this year by 1 of April.

Fighting or their successful imitation is the key to increasing sales and awakening interest in Ukrainian military equipment.

But back to the article. Arms exports, which have long fed Ukraine, ended. Soviet legacy sold. The fact that Ukrainian defense enterprises are trying to produce, is of interest to potential buyers, not laughter or horror. Depending on the situation. 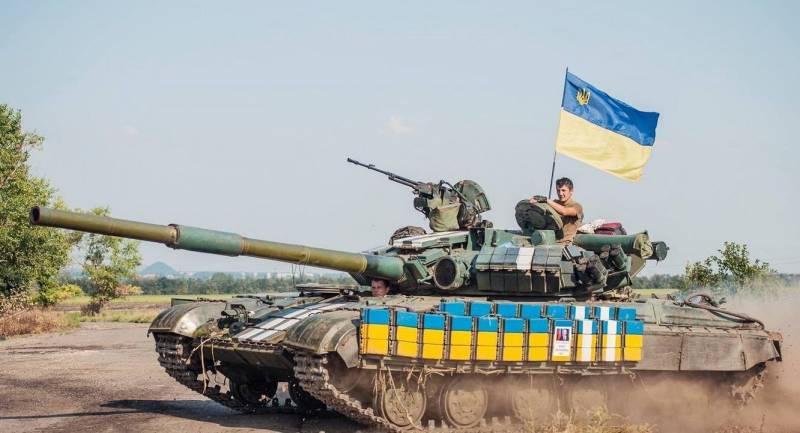 Attempts to use the defense as a repair base also ended in failure. After the repair of aircraft or armored vehicles are simply dangerous to use. Cause? Banal lack of quality parts. Oddly enough it sounds, but even the trunks for the tank guns of the enterprise today have “forgotten” to produce.

Ukrainian "strongholds" will not participate in the war. Not that "education". And the amount. And in the tank biathlon will not be presented. Fearfully. Yes, and there is no need for the aggressor to show the miracle of technology, suddenly scared ...

But in the children's demo version of a tank biathlon called Strong Europe Tank Challenge 2018 - quite. After the whole world has seen these "competitions", Ukrainians have a chance to defeat the brave Eurobreakers.

In general, today, more and more often articles and expert assessments appear in the Ukrainian press to such an extent that the hair of the experts stand on end. And the amount of such materials is growing like a snowball from the top of the mountain. Stupidity, bordering on betrayal.

But the purpose of such publications is clear. People must believe! And believes! Believes any nonsense. The main thing is that this nonsense coincides with the dream, with the desire. But the fact that such dreams have to be paid for in blood, and even the life of their own citizens, is not important. 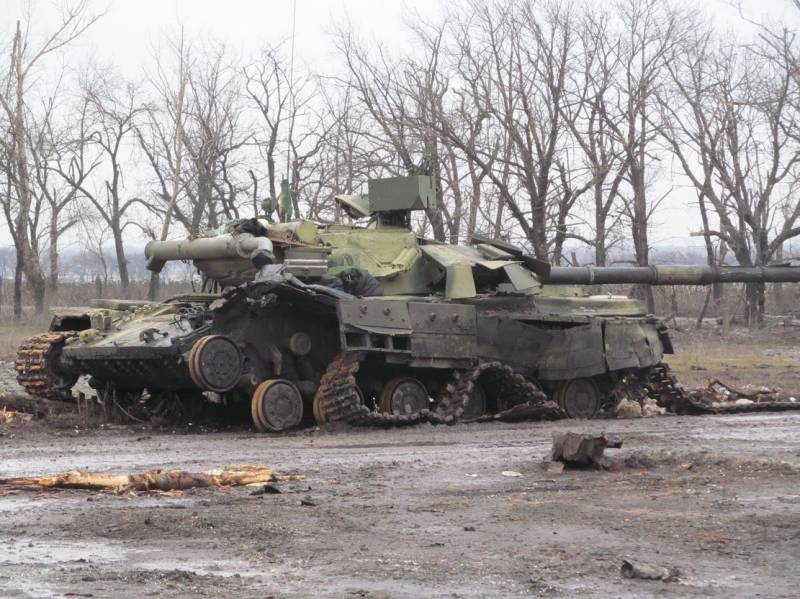 Ctrl Enter
Noticed oshЫbku Highlight text and press. Ctrl + Enter
We are
Armored vehicles of Ukraine: results, potential, prospects ...Is the "old" well forgotten to become the "new"? Part-2. At the call of honor and duty
Military Reviewin Yandex News
Military Reviewin Google News
106 comments
Information
Dear reader, to leave comments on the publication, you must sign in.