March 6 2018
34
Concern "Kalashnikov" experienced the combat capabilities of the newest robots "Companion" and "Nakhlebnik" at low temperatures, according to the website of the concern 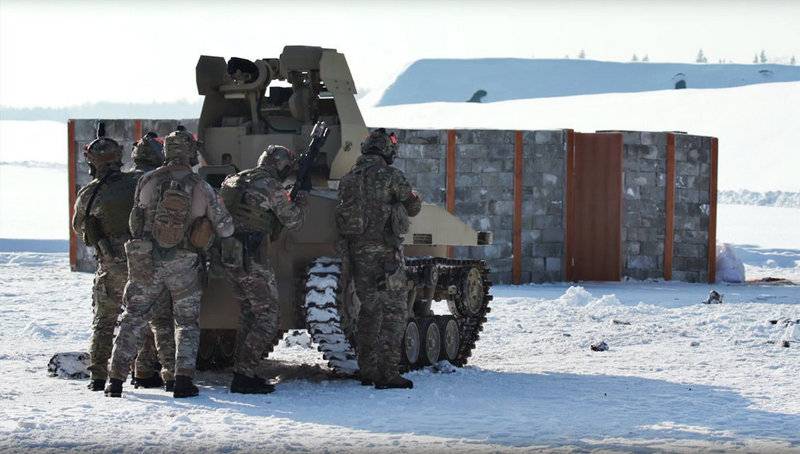 The company notes that the testing equipment and weapons carried out at the landfill near Moscow in severe frost. Also tested a multi-layer set of military clothing "Group 99" and the latest equipment

The first robotic complex "Kalashnikov" - "Companion" - was first shown on the "Army-2016" forum. Subsequently, the company's general director Alexei Krivoruchko announced the creation of the Nakhlebnik combat automated system, which was used to work out design solutions for promising robots.