The death of American special forces in Niger

March 6 2018
118
A grim video of the death of four US Green Berets in Niger, shot with a helmet camera, appeared on the network. This was told by the blogger rostislavddd. 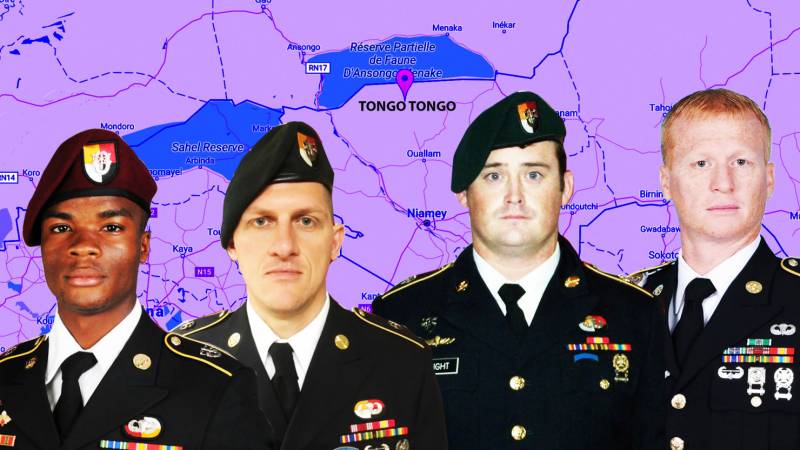 It is reported that the battle took place in October last year. Of the Americans 13 killed four. As part of the Nigerian platoon supporting them, the casualties were killed - 4 people, wounded - 8 people.

Judging by the descriptions of the battle, the military stumbled upon militants who were waiting for them (up to 50 people), who were hiding in the dust raised by a herd of cows.

"Loyalists and occupiers" were immediately divided into several groups and saved as many as they could.

“The crew of one of the American Land Cruisers was not lucky. One of the special forces was killed in the car, two others behind her. The longest lived Sergeant La David Johnson (black in the photo), whose body was found a few days later a mile from the ambush site along with two dead Nigerians, ”the publication says.

Ctrl Enter
Noticed oshЫbku Highlight text and press. Ctrl + Enter
We are
Reports from the militia of New Russia for 1 September 2014 of the year
Military Reviewin Yandex News
Military Reviewin Google News
118 comments
Information
Dear reader, to leave comments on the publication, you must sign in.