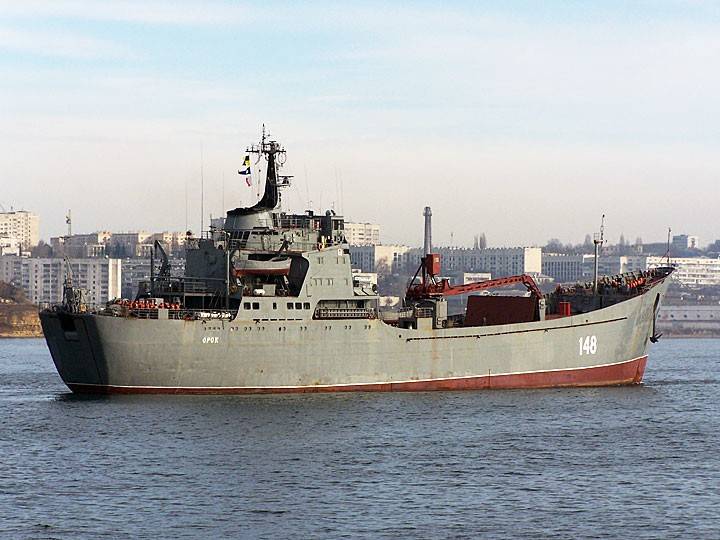 
According to resources, the ship of the Black Sea fleet should go to the Syrian port of Tartus, where the base of material and technical support of the Russian Navy is located.

It is reported that, judging by the draft, the Orsk BDK “is heavily loaded - a large number of KamAZ tilt trucks and ZIL-131 trucks with Kung-type painted green cars are seen on its upper deck.”

This year, this is the second campaign of the “Orsk” to Syria.

According to the same sites, in 2018, the BDK “Azov”, “Alexander Otrakovsky”, “Minsk” and the transport vessel “Kyzyl-60” also made trips to Syria with cargo.

Earlier, Western media called the regular delivery of military cargo to the SAR by Russian ships and ships "Syrian Express."