March 10 2018
25
In the article about Warren Evans rifle, we met with one of the first options for the implementation of a screw shop. The modern development of the idea can be traced by the Calico M960 and Bison submachine guns, previously there was material about a Chinese submachine gun with the Chang Feng auger shop. In this article we will try to get to know one more representative of this rare subspecies. weapons, which was supposed to live on the territory of Hungary, but, as often happens, was crossed out by the ruthless evolution as unsuitable for survival. It will be a question of a pistol by Robert Veresh, who “ate” from an under-barrel screw shop with an 33 cartridge capacity.

In the process of studying any topic that goes into the depths of history, it is impossible not to notice that many facts from the biographies of certain people are the same, and the developments themselves are often repeated. So, the designer Robert Veresh had not previously worked with firearms, like the dentist Evans, though he was an engineer, so he had a more complete idea of ​​what he was doing and what he wanted to receive as a result. 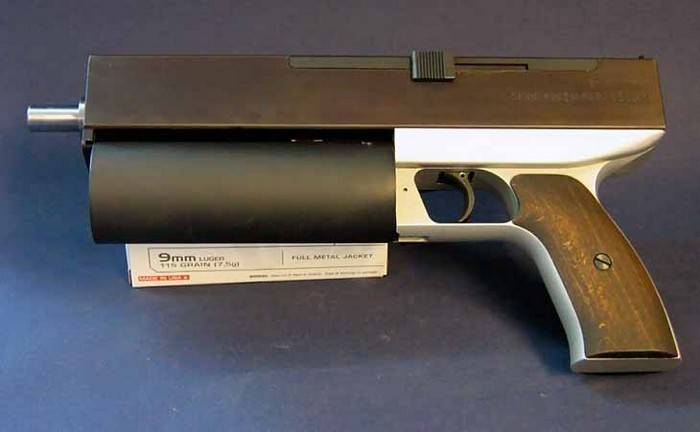 The main ideas of the designer were the creation of a competitive pistol with a large-capacity store, which could be opposed to the Israeli Micro-Uzi. Just as in the case of the Israeli weapon, it was decided to first make a version without automatic fire, and then after making a submachine gun at the base of the pistol. It is for this reason and the layout of the version of the weapon without automatic fire denoted as a pistol, an option with the possibility of firing bursts - a submachine gun.

The main priority for the designer was the possibility of concealed carrying and preserving the operability of the weapon, regardless of the quality and type of ammunition. Understanding that he doesn’t have his own knowledge in the field of firearms design to create a workable model, the designer worked only on a general concept and made a mock-up, which he presented at an exhibition in Nuremberg in 1989 year. 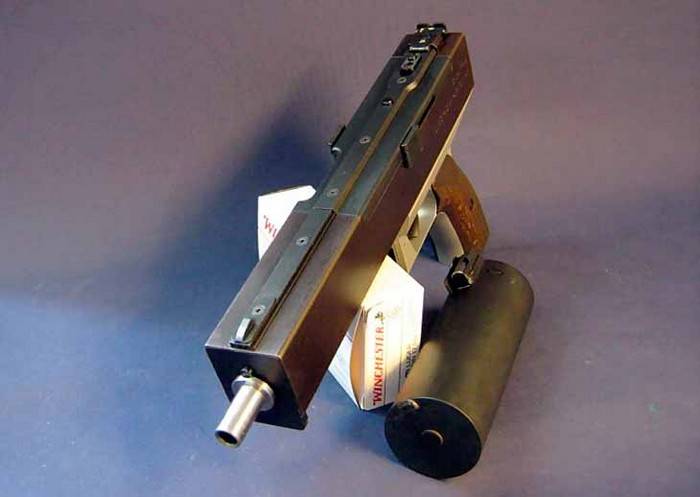 The efforts were not in vain, gunners Hindlemayer and Wittner became interested in the project. The three of them managed to create the first workable model of the weapon, which was given the name VHW, according to the first letters of the names of the designers who worked on it. A new weapon had a magazine with a capacity of 36x9 cartridges in 19, but so far it was only a pistol, without the possibility of automatic fire.

To complete the work together with those with whom he started it, Veress failed. Disagreements between the designers and a number of domestic difficulties broke this trio. I had to look for new companions, which Robert Veresh found in the German arms company Jagd-Hammer.

It was thanks to the designers from this company that not only managed to achieve the result that was originally planned by the engineer, but also to establish the production of new weapons. 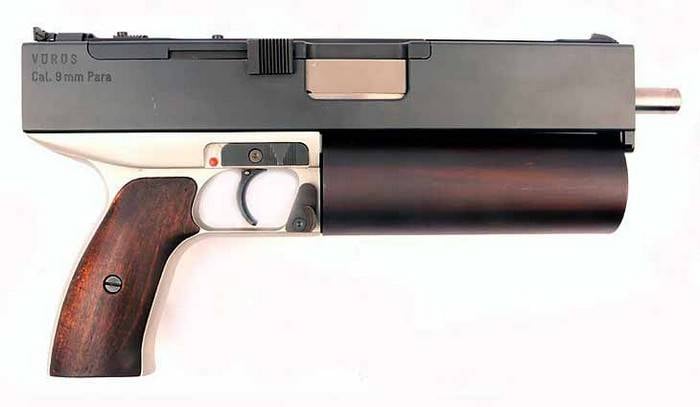 In the process of working on a new gun, it was necessary to slightly reduce the capacity of the store (to 33 cartridges), the store itself was repeatedly processed in order to achieve an optimal balance between size, capacity and reliability. The bolt group was also subject to change, in search of a common base for weapons with single and automatic fire. Special attention was paid to reliability in adverse conditions.

The first batch was insignificant, total 60 units. The designer offered these pistols to collectors, who immediately bought them out. In addition to the civilian market, the designer aimed at a large order from the military, which was given several units with the possibility of automatic fire for testing.

It must be said that the military was delighted with the new submachine gun. Both small dimensions and high reliability were noted with heavy contamination of weapons. However, the results on the accuracy and accuracy of automatic fire left much to be desired, which is quite expected with such a layout and the absence of at least some support for the shoulder. However, these figures were better than the Israeli Micro-Uzi, as the submachine gun could be confidently held with two hands, using the magazine as a handguard.

Separately, it should be noted successfully implemented the supply of ammunition in this software. During military tests, the submachine gun was filled with cartridges with various types of bullets, as well as with a different sample of gunpowder, while there were no delays in the conduct of automatic fire.

Despite the good performance and the overall good impression of the weapon, there was no major military order, as they simply could not find a niche for the new software. All limited to only a few small batches.

The design of the gun Veress 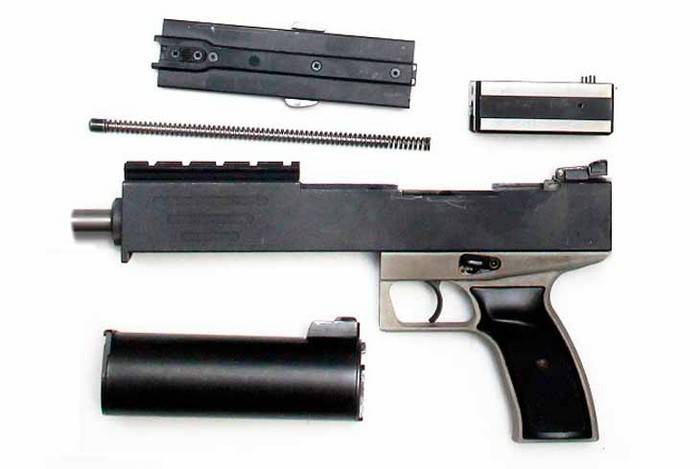 Despite the overall unusual appearance, the design of the gun is quite simple, one might say, the most common. The automatic system with a free gate is placed in the receiver box, from which only two small stops for cocking are removed. Shock trigger trigger. The screw shop is also not news, the use of twisted springs inside the rotating auger we have seen more than once. 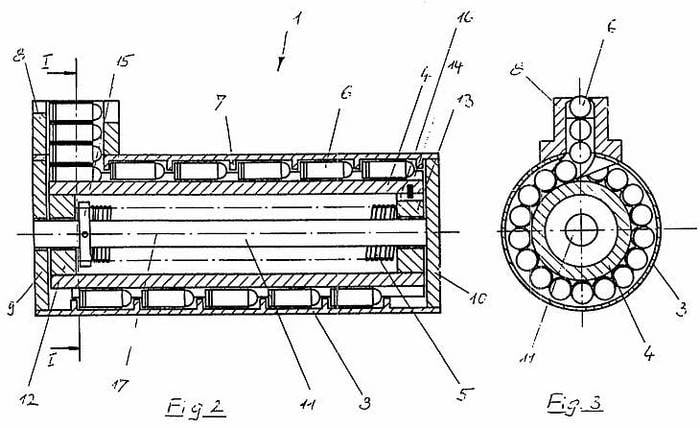 The frame of the weapon is made of aluminum alloy, which facilitates the overall design, the steel receiver. There is a button between the fully adjustable and the front sight. When pressed, the weapon is disassembled. Many compare the Veress pistol with the Micro-Uzi, finding common solutions in the design of the weapon. It is difficult to judge how correct this is. With the same success can be compared with any other model of weapon with a similar design of the bolt group. But a comparison of the characteristics here is more than appropriate, since the Veress pistol was originally designed as a competitor to Israeli weapons.

Characteristics of the gun Veress

The total mass of the pistol is two kilograms without a magazine, which is a lot for a pistol, but quite acceptable for a submachine gun. The length of the weapon is 305 millimeters with a barrel length of just 127 millimeters. Such a short barrel and a pistol layout made it not the most heapy and accurate weapon, even the manufacturer claims the effective range of fire to 25 meters, and manufacturers usually like to overestimate this parameter. The height of the gun is equal to 160 millimeters. The thickness of the weapon due to the auger magazine is equal to a millimeter 61.

To all this, add the characteristics of the store itself. Which weight without cartridges is 450 grams, and equipped with ammunition - 860 grams. Store length is 146 millimeters. Capacity - 33 cartridge.

Assessing a pistol and a submachine gun is difficult. If we consider this weapon as a pistol, it becomes clear that any other sample of this class will benefit both in terms of compactness and characteristics, after all, simply in weight, so that in the context of a pistol the weapon in question is clearly not the best. 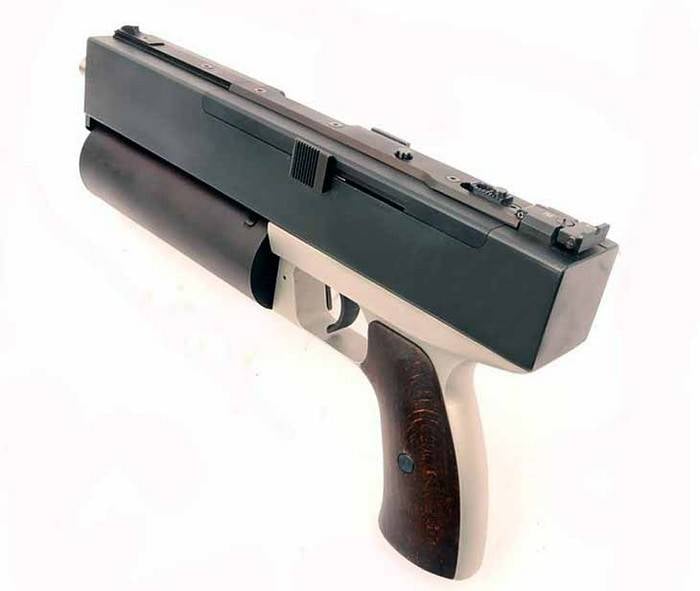 The complexity of the assessment begins when considering the Veress pistol as a submachine gun. On the one hand, it is possible to compare with the full-size versions of weapons, which are represented in large numbers, and as a result of the comparison, we can conclude that the designer’s development was completely failed. On the other hand, we must not forget that this submachine gun was designed as a weapon for concealed carry, which means that many of its parameters were underestimated in favor of smaller dimensions. And if we consider the Veress pistol as a special weapon, then the designer can put a solid top five, since he coped with the task.

Well, if you evaluate the Vereshsh pistol as a competitor to the Israeli Micro-Uzi, then even here the weapon wins in all respects, except, of course, the price.