March 6 2018
111
If you want you do not want, but you ask the question: gentlemen, here you need it? Why all this fuss, as a result of which, no matter how hard the owl bears on the globe with the inscription “Gas wars with Russia”, will it not fit in any way? 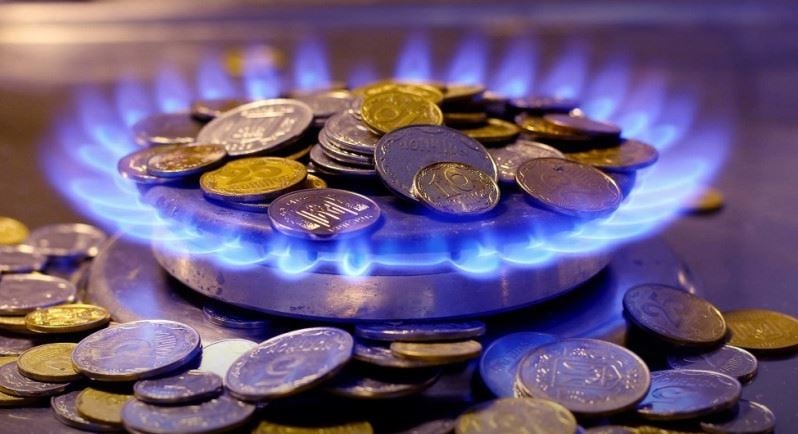 Think about it: 1 dollar per 1 cubic meter of gas.

Ukraine did not know such peremoga. They knocked at the bottom, but it was full. Personally, I am wondering one thing: how many more experiments of this kind will be put on the people of this country?

Guys, well, so just can not. This is not something that is not funny, tears also do not hesitate because of their bulging utterly.

And how everything was beautiful in the Ukrainian press a few days ago ... “Peremoga! “Gazprom” has been put in place! ”Well, yes, the arbitration there pile up ad-libs. It happens. Gazprom, being a joint-stock company, did not want to finance Ukraine, and here's the result.

But already zdraly. But nobody could even imagine how much he would be.

The “Third Russian-Ukrainian Gas War”, announced in the Ukrainian media, in contrast to the two previous ones, ended not simply with defeat. The war ended, and the gas nightmare began.

In general, the defeat of Kiev in this war was predictable. The subject of blackmail in previous wars, Sevastopol, safely sailed. "Nord Stream-2" stretches, and his fellow in the south, too. It does not seem like Europe is threatened with cold, although they rushed to buy oil there just in case.

Everyone already knows the result. Gazprom began the termination of all contracts with Naftogaz in the same Stockholm arbitration, where they were suing before, Ukraine immediately began to buy gas on the side. And then the price figures leaked.

In general, someone remembers how it all began?

2005 year. Orange whirlwinds hovering over Kiev, reed rustled, that is, the first Maidan. Here, indeed, it would be better than the other "orange" in Kiev would have walked. But no, and on the wave of the first revolution the first gas conflict began.

The war against the unjust price that Russia has dragged from Ukraine. Remember? Well, yes, 50 dollars per 1000 cubic meters. FIFTY!!!

And, not only that it was the lowest gas price in Europe, it was still firmly established before the 2009 year. Every year the difference in price between the European price and the price for Ukraine grew after the rise in oil prices, but nobody cared.

And the "brotherly" Kiev in the procurement no one thought to limit! And they bought and resold to Europe, making more than money, money! Nothing.

And in 2006, this strange Victor, who Yushchenko, took everything and chopped off.

Who gave him this command, I can not say. I did not look so intently then on the whole cover. The fact is that the complex of the Yushchenko measures forever closed for Ukraine the resale of Russian gas on such lovely terms.

The shop was closed by Mr. Yushchenko, but the memory remained.

In the year 2009 began again. The “hostilities” began with the theft of gas by European consumers, scandals, accusations and everything else. And it all ended pretty quickly.

It was then that for the first time the shutdown of the entire Ukrainian GTS and the transfer to the real reverse feed mode was tested.

A week after the start of the "war", Prime Minister Tymoshenko signed an unconditional surrender in the Kremlin.

But in itself it is funny: allegedly the pro-Russian President Yanukovych imprisons the former opposition prime minister Tymoshenko for a treaty that was signed in the interests of Russia.

The fact that Kiev will lose was clear from the very beginning. There are no pressure levers. Not at all. Europe clearly does not want to swear for the sake of Ukraine. The United States generally pretends to have lost Ukraine on the map.

But what really happened could not have been imagined by the most notorious optimists among us and pessimists among them.

Yes, pani and pani, this is Europe for you. This is for you gas on European gas hubs. Welcome to adulthood.

Lesson cruel. The toughest even. But - fair.

In the end, it must have happened sooner or later. The policy is so firmly settled in this area that the result is obvious.

Well, plus the frank stupidity of the management of Naftogaz in particular, and Ukraine as a whole.

After all, even the fact that the Europeans began to tear up the Ukrainians (ha-ha, that's for sure, a single European family!) In three (or rather, in four) "road", this is not the worst.

The worst thing in the other.

1. Yura Vitrenko briskly stated that he wants the difference from Gazprom. That he let his mom-oppositionist tells. For this, it is necessary to find such an inadequate composition of the court that it simply takes aback. Vitrenko can buy gas for 3000 dollars for 1000 cubes, but what does that mean? The fact that he does not know how to work. And negotiate.

And no court in the world will side with his demand for Gazprom to compensate for the difference. This is a fiasco for any judge.

But it's flowers. Berries will be later, as expected.

2. Gap contracts "Gazprom" and "Naftogaz." Serious thing. "Naftogaz" can inflate his cheeks as much as he wants and say that he is against termination, who holds the key to constipation on the pipe, he is right.

3. "Turkish Stream". Five years in four years? Why not? Is it the first time? Quite really run by the end of the year. Mr. Erdogan, are you there to trade gas? And ok. That's good.

4. “Nord Stream-2”? It's even easier. Mrs. Merkel, are you ready with your palm to press a little harder on the veins of Europe? On the blue, with blue fuel?

Dope, dope and once again dope. How many in Kiev will still remember their joyful cries about Stockholm peremoga? And how many will curse the "European family", which has turned this peremogh into a very prosaic and familiar zradu for Ukrainians?

But everything could be completely different. Not brotherly. Well, we drove it already. At least in a neighborly way.

But no. Apparently, this train will not stop.

Ctrl Enter
Noticed oshЫbku Highlight text and press. Ctrl + Enter
We are
Results of the week. "They stood to death like buttons!"Reports from the militia of New Russia for 1 September 2014 of the year
Military Reviewin Yandex News
Military Reviewin Google News
111 comments
Information
Dear reader, to leave comments on the publication, you must sign in.