It remains to surprise Mars

March 6 2018
154
After Putin’s fabulous shame of the former main military power of the planet, Russia may present an even more unexpected surprise - in space 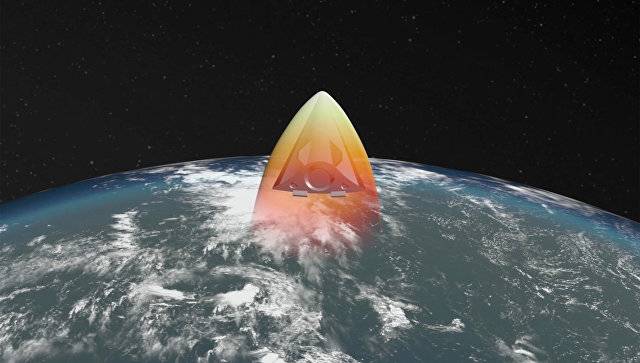 The day after Putin’s “Munich speech No. XXNX” —that's how you can call his message to the Federal Assembly of the Russian Federation, taking into account the stunning effect, your humble servant wrote “answers to key questions” inspired by this message. Much of these answers, for lack of accurate data, were purely intuitive. In particular, the assumption made in paragraph six that one of the guarantees of the success of the military-strategic breakthrough of Russia, which the President spoke about, was a grandiose special operation to cover the entire complex of research and design works that were carried out in this direction. Let me remind you how this “opening on the tip of the pen” was formulated.

“For any security officer, ensuring the secrecy of their plans, the progress of their implementation, as well as creating a surprise effect for the enemy is the cornerstone. And the Russian leader in these sciences clearly succeeded. He managed to make the whole world think about Russia and its capabilities a bit differently than it really is. In this, he was greatly helped by the still-preserved traditions and the most experienced cadres of the once most closed country in the world, who perfectly mastered all the technologies of closing state special events of any scale and complexity.

It was these particular technologies of absolute secrecy that accompanied the Soviet space program at one time, which allowed the Soviet Union to regularly drive Americans into a complete stupor.

The use of ... a combination of external distracting noise effects (for example, through the same loud and stupid liberal media) and intense, focused work in the opposite direction, away from prying eyes and with the obligatory surprise of the Gagarin scale at the end, apparently, became the key to success and current strategic program. " https://topwar.ru/137128-obezoruzhennye-shtaty-ameriki.html

And now, after exactly two days, our purely speculative assumption was confirmed at the highest state level. Russian President Vladimir Putin, praised the Federal Security Service for keeping the development of the new secret. weapons, which was mentioned at the time of the message to the Federal Assembly.

"I want to note that we managed to provide effective operational counter-intelligence cover for these large-scale projects," Putin said. He thanked everyone who participated in this responsible, challenging work.
http://tass.ru/politika/5009322

Thus, today, with good reason and not only on the basis of personal conjectures, but also based on the authority of the president of Russia, we can definitely state the following.

Despite all the seeming mess, the feeling of which is actively fueled by part of the media and the metropolitan party, the constant boiling of passions on the Internet, endless emissions and stuffing of all kinds of fakes and outright nonsense, which special cohorts of specially trained speakers, including special ones, specialize in serving all this is nothing more than a ritualistic whistle and tinsel. There is practically nothing to do with the real state of affairs in key areas of state work. And what's more, it serves as a kind of smoke screen that creates for those for whom it is designed a relaxing impression of such a little-copered rashka that you should not take seriously.

Well, what to take with them, if they are so none that they even agreed to go to the Olympics without their own flag and hymn.
But it turned out, in fact, that this was not entirely true. In chess, only a complete ignoramus can count on a pawn to queen without passing the exchange of light and heavy pieces. And it seems that the same Olympiad, in these geopolitical chess, was something of an elephant sacrifice. And the victims are not unrequited. Two majestic golden victories of Russian athletes in two traditionally most important winter sports, the most beautiful figure skating and the most courageous ice hockey, de facto made Russia the main birthday party of this kind of event.

In the meantime, Putin's strategic pawn confidently, but at the same time, quietly and imperceptibly, went to queens. And still got it! Exactly when it was planned.

What does this mean? In my opinion, firstly, that the country is completely manageable, and the supreme power is effective. Secondly, the fact that both of them are quite sufficient for the implementation of the most ambitious scientific and technical projects that provide unquestionable world leadership. And this is exactly what the USSR did very well. What this means is that the corresponding potential and experience are not lost at all and, as Putin said, in the same Message - “relying on the achievements of our brilliant predecessors, we achieved our own significant results”.

I begin to suspect that the demonstratively noisy fuss around the Russian Academy of Sciences, started right at the moment when Putin's strategic projects were in full swing, with all its incomprehensible discussions about anything, could also be a dramatization, under the veil of which Russian scientists and designers got the opportunity to work fruitfully, while the scientific departments of the CIA and MI6 were in complete euphoria from the "final collapse of Russian science."

And it not only did not collapse, but also under the guise of quite hollow-glamor ersatz- “silicone valleys”, successfully concentrated real scientific forces to solve military-technical problems that were beyond the comprehension of the rest of the world. And, note, scientists and designers, it turns out, did not run away anywhere and at the right time, in the right place, they were in the required quantity and quality.
And just one more guess right away! Are these young talents from the “scientific companies” created by Sergei Shoigu several years ago and about which almost nothing was heard? Thank God that our “mainstream” press, in the eternal search for the next portion of dirty laundry from some pop diva, was not particularly interested. And the talents that have not been noticed by anyone have gradually grown, “settled down”, having received along the way a charge of army vigor, patriotism and an antidote from evil thoughts about “ideal” abroad. And they began, finally, as they should, to gush forth with breakthrough ideas.

And why not, if Putin surely made it so that these young geniuses had everything and could work quietly for the good of the country, and not dream out of it as quickly as possible.

Of course, this is again only my speculation. But he is very much like the truth. Because otherwise I just can not imagine - where did it all come from? So it was a job - a big and focused. And it had to be organized. And, therefore, there is someone to do it and there is someone to aim at it.

At the same time, the key factories and design bureaus of our military industry, including those about which we probably don’t know anything, began a massive rejuvenation of production personnel - the work on preparing young people for serial release of a new, absolutely advanced and unique product. Traces of this work, about which our sexually anxious press also barely wrote, had to be collected literally bit by bit. Nevertheless, the puzzle was formed here - it was clear that the youth found a worthy use for themselves. In particular, this was discussed in my article “Pearls from a manure pile”. https://topwar.ru/136448-zhechuzhiny-iz-navoznoy-kuchi.html

How many more such pearls are left in reserve with Vladimir Putin surely only he and those who are supposed to know. I will not guess. But given the nature of the Russian President and his ability to master every move a lot in advance, count each game, there is no doubt that this stock is still very significant.

And if the solemn meeting of the participants of the Martian expedition Ilon Mask by the Russian cosmonauts who have already settled on Mars will be one of those already planned Putin surprises, then I will not be too surprised. In any case, the small-sized nuclear power plant for cruise missiles, already created by Russian designers, is definitely a prototype of the engine for an interplanetary spacecraft. And, yes - did nothing remind you of a hypersonic aircraft, from the Putin's series of military-strategic surprises, with its fiery halo of red-hot plasma? This is exactly what the entrance to the atmosphere of another planet reconnaissance drone of a similar design might look like.

It is not by chance that Putin promised a decade of brilliant victories to Russia in one of his recent speeches. And it seems that it has already begun.

Ctrl Enter
Noticed oshЫbku Highlight text and press. Ctrl + Enter
We are
Situational analysis of the death of the MH17 flight (Malaysian Boeing 777), made on the basis of engineering analysis from 15.08.2014Results of the week. "I'm not guilty! He came himself! ”
Military Reviewin Yandex News
Military Reviewin Google News
154 comments
Information
Dear reader, to leave comments on the publication, you must sign in.