American drone about 10 hours spent reconnaissance in the Donbass 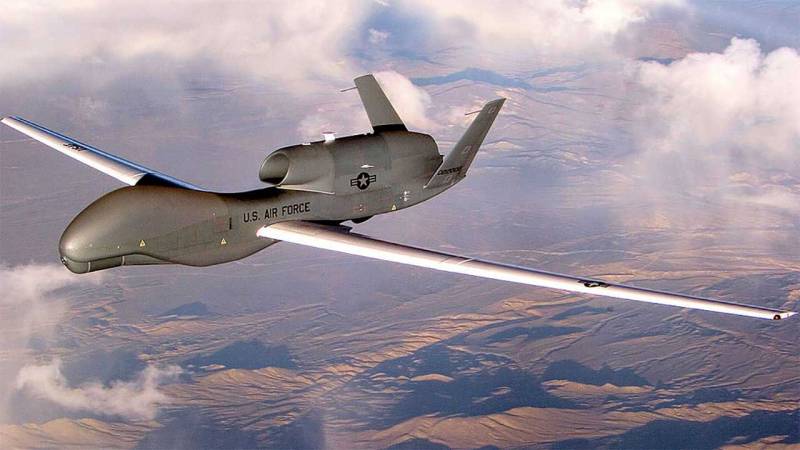 According to resources, “an American intelligence officer with a tail number 10-2043, who departed from Sigonella airbase on the Italian island of Sicily, almost 10 hours cruised along the demarcation line in the Donbas at an altitude of 16 thousand meters.

It is reported that during the flight, the drone approached the Russian border several times in the Belgorod, Voronezh and Rostov regions a distance from 40 to 60 km. At this time he was in the airspace of Ukraine.

“On Sunday, a heavy American drone entered the airspace of Ukraine from Romania to the north of Moldova and continued to fly east over Kirovograd and Dnepropetrovsk regions towards the Russian border. Then he began to cruise along the line of demarcation, flying north of it at a distance of approximately 70-80 km, ”the material says.

On Friday, after a four-hour flight at the demarcation line in the Donbas, the RQ-4B Global Hawk UAV also conducted reconnaissance along the south-western and southern coast of the Crimea and the coast of the Krasnodar Territory as far as Sochi.

Ctrl Enter
Noticed oshЫbku Highlight text and press. Ctrl + Enter
We are
American drone conducted reconnaissance in the Donbass and near the borders with RussiaAmerican drone spent a long reconnaissance in the Donbass
Military Reviewin Yandex News
Military Reviewin Google News
45 comments
Information
Dear reader, to leave comments on the publication, you must sign in.