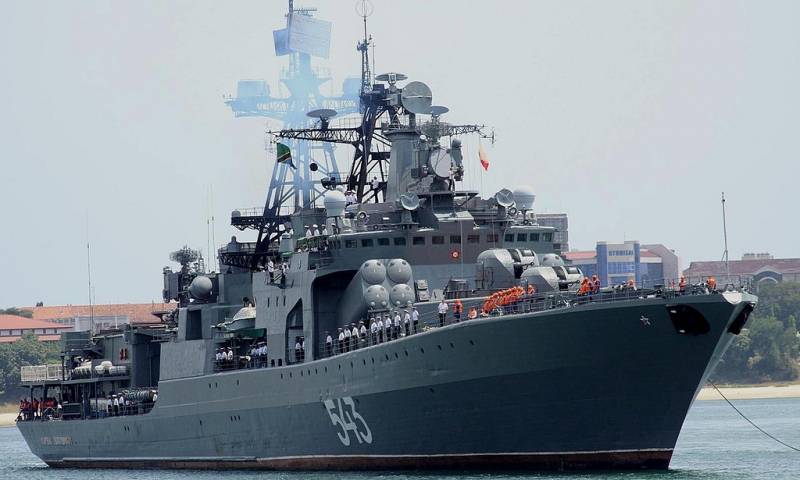 We do not refuse the operation of ships whose age is 20-30 years, if these units have a modernization resource. It is obvious that such ships are the BN of the 1155 project, which are part of the Primorsk flotilla of diverse forces,
Admiral said in an interview with the newspaper "Red Star".

At the moment, repair and modernization work is being carried out on the first of them, BBC Marshal Shaposhnikov. Among other things, the ship will be strengthened and attack missile
added commander.

He also said that the final stage includes work on the modernization of the small rocket ship of the 1234 Smerch project.

Ctrl Enter
Noticed oshЫbku Highlight text and press. Ctrl + Enter
We are
Russian Navy. A sad look into the future: domestic destroyersThe fleet's long arm: the future of the ships of the ocean zone
Military Reviewin Yandex News
Military Reviewin Google News
24 comments
Information
Dear reader, to leave comments on the publication, you must sign in.