March 5 2018
119
American economist and dissident, former presidential adviser Reagan and author of “reygonomics” Paul Craig Roberts, after the start of the Ukrainian crisis, said that the strongest economic move from Russia could be stopping energy supplies to Europe, which would lead to the collapse of the European Union and NATO. Economists call such calls "black swans" ... 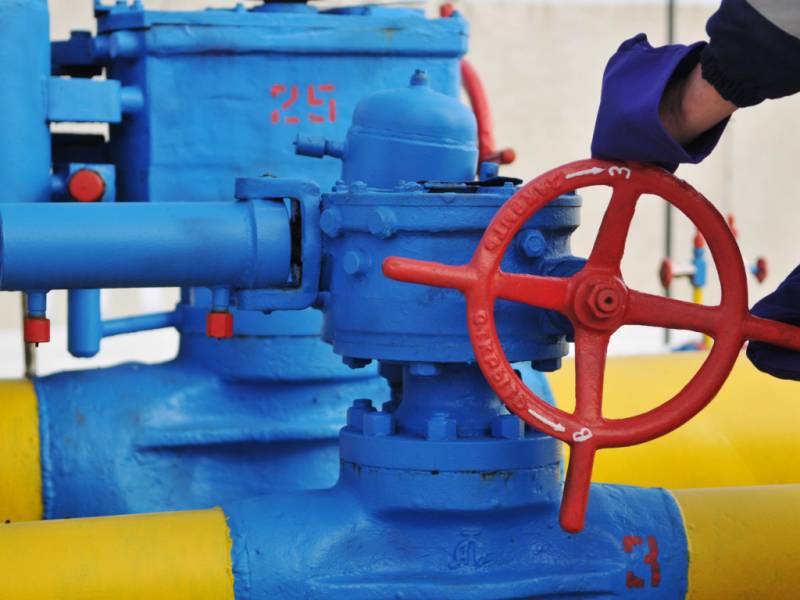 Moscow has so far avoided speaking on the topic of "swans", despite the sanctions pressing the United States and Europe, but it seems that patience is coming to an end. The head of Gazprom, Alexei Miller, spoke for the first time about the possibility of the end of Ukrainian gas transit to Europe, and not just gas supplies to Ukraine, the latter have already stopped. The transit stop is the gas “black swan” by Paul Craig Roberts ...

The scandalous decision of the Stockholm arbitration in the case between Gazprom and Naftogaz of Ukraine, which is obviously biased in favor of Ukraine, may have far greater consequences than it seems today.

“The Stockholm arbitration, guided by double standards, made an asymmetric decision on gas supply and transit contracts with NAK Naftogaz Ukrainy.” The arbitrators argued their decision a sharp deterioration in the state of the Ukrainian economy. We are categorically against the economic problems of Ukraine being resolved at our expense. Gazprom immediately begins the procedure for termination of contracts with the NJSC Naftogaz of Ukraine for the supply and transit of gas, ”said Alexey Miller, head of Gazprom. It is no less sensational than the speech of Vladimir Putin at the Manezh on new Russian weapons.

Apparently, our Western colleagues, who corrupted the Stockholm arbitration, did not expect such a harsh reaction of Gazprom, like the solid Western media such as “Forbes” repeat Miller’s statement without comment. The Vice-President of the European Commission, Maroš Shefchovic, first called for the settlement of the differences arising on the basis of the decisions of the Stockholm arbitration, repeating the call of the US State Department, in fact, taking the side of the Arbitration and Naftogaz.

But after a telephone conversation with the Minister of Economy Alexander Novak Shefchovich, he expressed only satisfaction that “gas transit is not under threat,” and said nothing about the Stockholm arbitration, noting that the EU was afraid of the decision to stop gas supplies to Ukraine.

Most likely, Novak told Shefchovich that nothing threatens the Ukrainian transit until the gas transit contract is terminated and there is no unauthorized gas withdrawal by Naftogaz, but this is trivial. Nothing threatens yet, what about tomorrow?

In general, a dangerous precedent has been created. Gazprom proceeded from the fact that Western economic courts are truly independent and make decisions on the merits. Now it turns out that economic courts are prejudiced and make politically dictated decisions. How, then, can you work with western companies?

Tomorrow, some western company will create a new conflict situation, submit it to the Arbitration and it will rewrite the contract in favor of the western counterparty, and prescribe it to be executed? This judicial arbitrariness, the Stockholm arbitration, after WADA, acts as a branch of the US State Department.

It is unprecedented that the Arbitration not only issued a fine, but rewrote the existing contract at its discretion in favor of his favorite. And ordered the other party to perform it. Actually, this caused an acute reaction of Gazprom in the form of a decision to immediately terminate the contracts rewritten by arbitration. If this Stockholm precedent is not condemned by the Western expert community, the energy community, how can we deal with them further?

Therefore, the head of Gazprom went to unprecedented measures to immediately terminate contracts rewritten by arbitration, unilaterally, which was a surprise not only for Kiev, but also for Europe. Gas supplies to Ukraine stopped immediately "due to economic inexpediency." Under whose control Arbitration worked: the United States or the United States and Europe, of course, is important, but this does not change the essence of the matter. Moscow did not say a word about the settlement of disputes arising in a tripartite manner, about which Shefchovic immediately said, but after the call to Moscow, Shefchovich did not recall.

In general, an expected move by Gazprom was an appeal against the decision of the Arbitration, which was announced, but parallel to the main decision on the termination of contracts. Although the appeal of Gazprom has a judicial perspective, given the arbitrariness of the arbitration of the Court, it can be expected to repeat.

But the main thing is different. Most likely, Miller’s decisive statement was agreed with President Putin, the head of Gazprom is considered to be the long-standing “Putin man”. Gas supplies have always been a political issue, therefore, it is not only Gazprom that makes fundamental decisions, especially now that the gas issue has been transferred to the political plane by the Arbitration. Now decisions are made jointly with Gazprom by Moscow, and specifically by Vladimir Putin.

From this point of view, the Stockholm arbitration gave a reason to stop the Ukrainian gas transit, and Moscow immediately took advantage of it. Although the termination of the contract for the transit of gas with Naftogaz may have even greater costs for Moscow than the penalties imposed by the Arbitrage to Gazprom.

Because then Europe will have to conclude a new transit agreement with Gazprom, which may not be concluded. It is then that a “black swan” will arrive in Europe as an asymmetric response to sanctions against Russia. And without a formal declaration of sanctions: we were not the "black swan" released, but the Stockholm arbitration.

It is also obvious that the Stockholm strike against Gazprom is being taken in view of the beginning construction of Nord Stream - 2, it was expected that Moscow would swallow it in order not to disrupt the joint venture - 2. But Moscow said: if you are looking for an excuse to abandon the joint venture - 2, that is your right. But then you can stay without Ukrainian transit.

It is no longer a matter of penal sanctions to Gazprom: Russia's energy relations with Europe are at stake. The decision of the Stockholm arbitration destroys the reputation of Europe in the eyes of Gazprom: does it make sense to work with Europe if the Arbitration not only writes absurd fines, but rewrites the contract itself, which is much more important.

If Russia's confidence in Europe is not restored, the joint venture 2 does not make sense to build, and Moscow can release a “black swan” to Europe, stopping the Ukrainian transit. Understanding this, Gazprom immediately begins the judicial procedure for the termination of the gas transit contract.

Whatever the conditions for the termination of the transit contract, Gazprom, as a resource provider, will then win back everything. In general, to sue a monopoly supplier of resources is always a losing case: in court you can win, but in life it is impossible in principle, the supplier will find a way to play everything. The victory in the Stockholm arbitration Naftogaz was not punished by Gazprom: it punished itself, it has already achieved the cessation of gas supplies.

Ctrl Enter
Noticed oshЫbku Highlight text and press. Ctrl + Enter
We are
So who is in the span of the Stockholm arbitration - Gazprom or Naftogaz?Results of the week. "Well, do not change me because of every idiot!"
Military Reviewin Yandex News
Military Reviewin Google News
119 comments
Information
Dear reader, to leave comments on the publication, you must sign in.