Message to the Federal Assembly - a gift to the Pentagon's embezzlers

March 5 2018
38
Vladimir Putin’s statement in the message to the Federal Assembly on the creation of new UAVs by Russia, as well as an unlimited range of nuclear weapons, which would make NATO’s defense completely useless, demanded that Washington’s officials and “talking heads” of US departments . 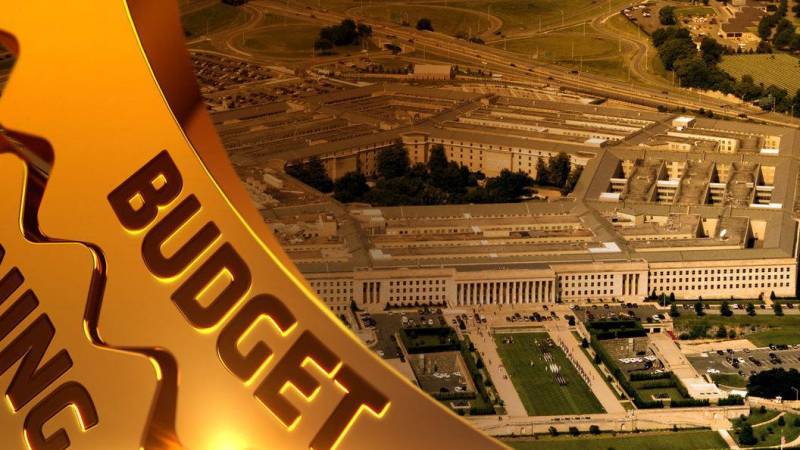 And they entered into a forced controversy. Their response argument was reduced to two positions. First, all that Putin said is “boasting” and “exaggeration.” And secondly, the US military power is “unsurpassed”, since the US military budget is the largest in the world, and almost ten times more than the Russian one.

“The defense potential of the United States is not and will not be equal, and now - thanks to the new defense budget of $ 700 billion - our armed forces will be much more powerful than ever,” said Sarah Sanders, press secretary for the White House. “As the review of the president’s nuclear potential showed, America is moving toward modernizing its nuclear arsenal so that our potential is not equal.”

And you can't argue with these - the American military budget has always been the biggest, just huge, and at times surpassed the Russian one.

But what is surprising, in response to the very specific achievements of the Russian military industrial complex, voiced by the head of the Russian Federation, the Americans voiced only declarations of intent to create a hypersonic weapons (which Russia already has), and modernization of the nuclear potential, to which America is only "moving forward".

Moreover, all the latest American novelties, which cost astronomical sums, are issued “to the mountain” frankly flawed, and “raw”. Thus, a multifunctional fighter-bomber, which cost more than 55 billion dollars, despite the fact that he had already entered the army, and is sold abroad, according to experts, needs to be refined and modernized. But he, at least, flies and carries weapons.

But the combat use of the destroyers of the project DDG 1000 (the cost of the project is more than 22 billion dollars) - Zumvolt and Michael Monsur already entered into the Navy today is simply impossible - due to the fact that their weapons system requires a radical rework. Another novelty - a heavy aircraft carrier "Gerald Ford", which cost the treasury 13 billion, almost immediately after its commissioning, needs, as the commission found out, major repairs - the most important components of the ship do not work. And his shock tests are postponed until the 2024 year!

It is noteworthy that almost immediately after the message of the President of Russia to the Federal Assembly, the head of the Pentagon’s Advanced Defense Studies Department (DARPA), Stephen Walker, held a press conference which stated that the United States did not allocate enough funds to work on the development of hypersonic missiles.

Commenting on the figures of the recently adopted defense budget, Walker said that there are indeed large sums indicated there, but they are intended mainly to increase the number of flight tests and create working prototypes. For work in the field of hypersonic rockets, he said, more investment in infrastructure is needed.

How is it that it turns out that the Americans, with a budget that exceeds the Russian at times, the results of the modernization of the American Armed Forces look so modest in comparison with their opponents - Russia and China?

What, and, most importantly, where does the huge money go?

What is the reason for such inefficient spending of military budget funds?

This question was puzzled even under the previous US administration, when in August 2016, the US Central Control Department revealed huge discrepancies in the financial statements of the US Department of Defense. It’s about 2.8 worth a trillion dollars, and it was only one quarter of 2015. The total expenditures of the budget of the US military ministry for that year could amount to $ 6,5 trillion. However, according to the report, the department did not have any invoices and invoices to confirm these figures.

Then the United States Congress ordered the Department of Defense to undergo a full financial audit by the end of September 2017. However, the Pentagon did not meet the deadline, and the attention of the American public is focused on a much more exciting search for a Russian trace in the US presidential election.

It should be noted that in addition to the amounts that have gone incomprehensibly where, there is no guarantee that the money “spent is known where” was spent efficiently and properly.

For example, every year the Pentagon spends almost a third of its budget - up to 200 billions for maintenance of equipment! Comments, as they say, are superfluous.

The specificity of the United States also lies in the fact that the provision of weapons and army activities, fleet and the Air Force, including logistics and maintenance of bases, engaged in private contractors, which receives the lion's share of the Pentagon budget.

And this situation creates ideal opportunities for creating corruption schemes built on kickbacks. As evidenced by, for example, the purchase of hatch covers for the Bradley BMP at 135 000 dollars apiece. Or the acquisition of a set of absolutely unnecessary items, at an inadequately inflated price.

Similarly, American arms manufacturers, seeking to get as much profit as possible, maximize the cost of the final product, trying to reduce the cost of production. This is how counterfeit Chinese chips appear in the “weapon of the future”, with quite predictable results.

In light of this, Vladimir Putin’s speech is a wonderful gift from the Pentagon, which will now require an even larger budget increase. And everyone wondering about the legality of spending funds will be declared "Kremlin agent".

But the situation is such that the increase in defense spending goes along with the increase in spending on other items. And now you need to find funds to lay the funds for 2019 of the year, where the draft federal budget of the United States provides for a deficit of almost 1 trillion. (in fact, he is likely to be even more). To solve the urgent problem of finding funds, administration consultants offer two options - reducing social programs, or increasing the budget deficit. Both of these options can lead the US to a disastrous consequence. There is, of course, another option - to revise the principles of the formation and use of the military budget, but it does not seem to even consider it.

Ctrl Enter
Noticed oshЫbku Highlight text and press. Ctrl + Enter
We are
Results of the week. "I'm not guilty! He came himself! ”Shield and sword
Military Reviewin Yandex News
Military Reviewin Google News
38 comments
Information
Dear reader, to leave comments on the publication, you must sign in.