March 6 2018
109
Simply striking systems of the nuclear arsenal were presented by the President of Russia during his appeal to the Federal Assembly. Like the future has come closer. In fact, this is not a response to the missile defense system, which was already ineffective and did not guarantee, in fact, anything in relation to the Russian arsenal. The Russian missiles that were in service with the Russian strategic nuclear forces could certainly guarantee the complete destruction of the enemy. But Russia still has not had the opportunity to place its missiles in close proximity to the borders of a potential enemy with a minimum landing time, in contrast to the United States. In addition, other countries did not abandon attempts to get away from the usual ballistic and cruise missiles, but at the same time did not violate the existing START treaty. This is exactly what we had to give our answer to. New systems will partly reduce flying time and will allow to debunk any illusions about the “fast global strike” even in the long run for those who hoped to litter our borders with tactical nuclear weapons. weapons. The main thing is that it does not occur to anyone in the Russian leadership to sell non-nuclear versions of new weapons of various kinds to "partners."


Of course, about developments "Sarmat" and its characteristics already knew the whole world. I remember back in 2012, frightened British journalists, using a popular program to simulate nuclear explosions, tried to show the threat from 50 megatons of Satan-2 using the example of London. Yes, the “Sarmat” together with the Status-6 BPL is the most destructive weapon in stories of humanity. Already in 2019-2020, it hangs over anyone who cherishes plans to destroy Russia. Anyone who hopes to see the collapse of the largest country will remember what awaits him. And you can wait both from the north and from the south. Both 50 megatons and 15 charges in 750 kilotons. 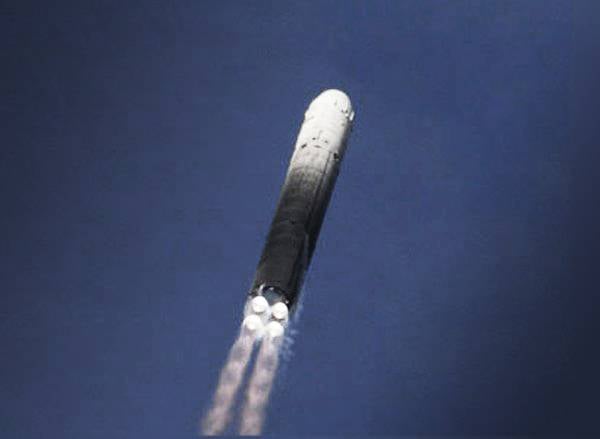 What Avanhard? This is a hypersonic glider. Hybrid ballistic and hypersonic missiles. It is not by chance that Avant-garde is compared with a meteorite. Of course, the maximum speed during meteoric entry into the atmosphere can reach 180 000 km / h (head-on course). There is no doubt that our missiles will someday fly at such speeds, but today this is not necessary. At speeds close to the first space, the device is very smoothly reduced, so it is able to maneuver almost like an ordinary plane in a horizontal plane, although the possibility of gaining height with a decent loss of speed is obvious. After all, judging by the data available today, this unit will not have its own engine. But the main difference of the Avangard from the existing blocks of individual guidance is its aerodynamic properties and the ability to control in flight. In fact, this is the successful Russian version of the DARPA military developments unsuccessfully tested in 2010-2011 years. The HTV-2 DARPA Falcon Project also launched with the aid of a rocket (the Minotaur-4) and developed the promised 20 Machs, but lost contact with the ground and disappeared from the radar. But the Chinese were much more successful, and the WN-7 14 tests are direct proof of that. True, they have not yet managed to exceed 10 Makhov.

"Dagger" It is a more mobile version of the Soviet X-22 type missiles, which has multiply greater speed and greater range. In the near future, we are likely to hear about the more famous ship version of the Dagger, called "Zircon". After all, based on the performance characteristics, we are talking about versions of a single hypersonic rocket with the only difference that the Dagger has a slightly longer range and greater speed, since It is launched from high altitudes with the MiG-31BM, starting at speeds up to 3500 km / h. The West also tried to create hypersonic weapons. Boeing successfully tested its hypersonic air-based missiles at speeds up to 10 M, but the matter has not gone beyond testing.

The Russian developers did not seem to have the presence of the KR, which, in 2 times in terms of the range, exceeded the existing ones in service with NATO (X-101 / 102). Now it's time nuclear cruise missiles of unlimited range. Missiles that will fly endlessly around the enemy and stretch his expectation of an inevitable end. The nuclear engine of such missiles will most likely work only on the main course of the trajectory. At the launch, the rocket will first accelerate the starting level, and after the usual engine for the CD, or just the starting level. Depending on how quickly the YARD will be launched. However, skeptics are not unreasonably embarrassed by the question of radioactive contamination during the final stage of testing such weapons (when a rocket hits the target and explodes along with the nuclear propulsion).

The compact and powerful nuclear engine is a breakthrough and not only in the missile sphere. Russian unmanned submarine "Status-6", able to develop speeds of a racing car under water, will provide for only 2-4 days of inconspicuous delivery of 100 megaton ammunition. The submarine is also able to scatter mines and attack with torpedoes and rockets (small size). To intercept such devices in combat conditions will be more difficult than intercepting torpedoes like "Squall". And in fact, it is almost impossible. The only vague question is how to communicate with this 24-meter unit. After all, until now, communications were the main obstacle in the creation of combat underwater drones. There will not be a small submarine to have a cable of length 10 000 km! It is possible that many actions will be autonomous. In any case, this is a direct response to the deployment of nuclear weapons near the borders of Russia. After all, soon every shark off the coast of Miami will terrify the whole of America.

Of course, the world passion for lasers could not get around our military-industrial complex. In an age when any rather powerful pocket laser pointer is capable of incapacitating a potential scout, it would be a crime not to turn to a light weapon. Although, by the way, the direct use of a combat laser against enemy manpower is prohibited by the "Convention on" inhumane "weapons" (Protocol IV "On Blinding Laser Weapons"). Therefore, lasers are another use. Apparently, the presentation was presented short-range or even medium-range air defense laser complexwhich can heat the target surface to critical temperatures. It is known that in the United States, Boeing and Lockheed Martin are developing their own combat lasers of different power (from 2 kilowatts to 1 megawatts), which can be installed both on an armored personnel carrier and on an airplane or ship. They are able to destroy drones, mines and even small boats from a distance of several kilometers. Lockheed Martin has already received a contract for the HELIOS system for Navy ships. It is unlikely that Russian counterparts will be inferior to them in power and range. It is possible that in the future Russia will use mobile nuclear reactors for long-range lasers. The Russian military are creating their own aviation laser A-60 (based on IL-76) to defeat optics on satellites, airplanes and enemy ships. Practicality clearly distinguishes it from the American laser missile defense Boeing YAL-1, which has become one of the most expensive disposable toys.

What next? Hypersonic bombers and nuclear fighters? Weapons on new physical principles, in comparison with which the "Star of death" from "Star Wars" will look, at least, too cumbersome? Electromagnetic weapons of unprecedented power, capable of disabling the entire electronics of the whole country? Of course, all this will be, but a little later. Let's leave it for the second half of the 21 century. In the meantime, we will use our technological superiority in armament to the maximum in the international arena. 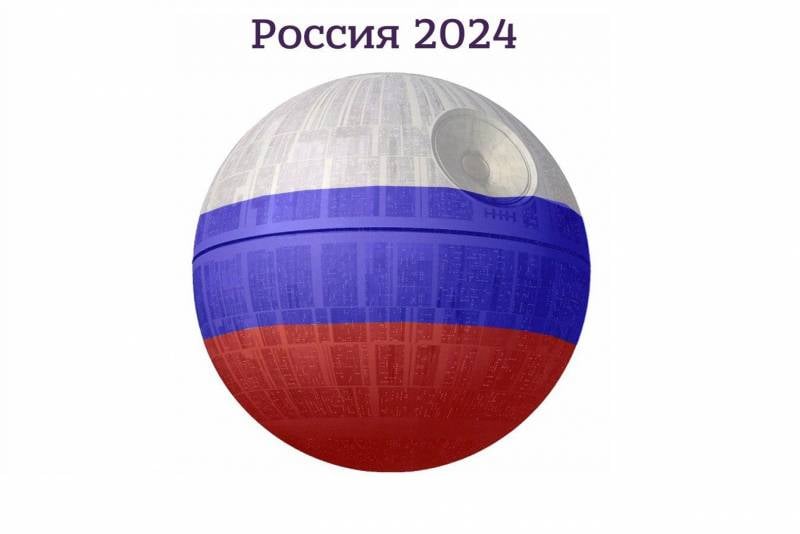 We do not threaten war and are not preparing for a big war. We just talk to our "partners" so that they do not go into our affairs and help solve global problems that have arisen with the help of the West. We have secured superiority in nuclear weapons for decades to come. Even taking into account the fact that not all types of weapons listed above are already on combat duty. And all this with a budget of $ 46 billion, while the budget of the likely adversary is getting closer to $ 1 trillion every year. Now it's time to think about those areas in which we either lag behind the West (economy, standard of living), or in which the West is actively trying to beat (culture, morality, family values). There should never be an imbalance.

Ctrl Enter
Noticed oshЫbku Highlight text and press. Ctrl + Enter
We are
Russia, it makes no sense to withdraw from the START TreatyNuclear triangle
Military Reviewin Yandex News
Military Reviewin Google News
109 comments
Information
Dear reader, to leave comments on the publication, you must sign in.