March 3 2018
22
China is making further strides in creating military drones. According to janes.com, the Chinese Academy of Aerospace Aerodynamics (CAAA) has tested the updated version of the drone Cai Hong 4. 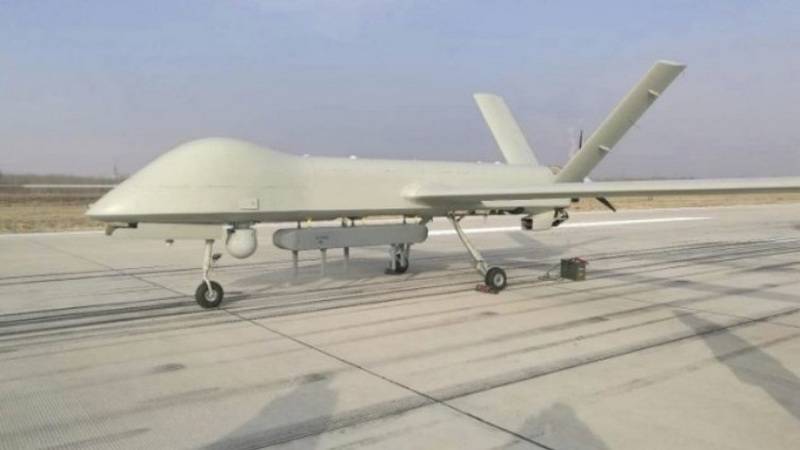 Drones Cai Hong 4 (CH-4, "Rainbow-4") are produced by the CAAA Academy, which is part of the state-owned CASC corporation. UAVs began to enter into service with the PLA Air Force in 2013. “Rainbow-4” is available in two versions - there is a reconnaissance device CH-4А with a flight time of up to 30 hours and a reconnaissance-impact CH-4В capable of carrying up to 350 kg of combat load on four external suspension nodes.

In late January, the CAAA tested a new version of the drone, called the CH-4C. The developers do not disclose the characteristics of the new modification, but it is known that the new drone will have an increased payload and be equipped with a more powerful electric generator. In addition, CH-4C will receive an updated data processing system and a modern electronic architecture.

The CH-4C will work in adverse weather conditions and is compatible with the new 100-kg laser-guided bombs. Also, the new modification will be equipped with improved intelligence modules and will be able to carry a module of electronic intelligence.

The Cai Hong 4 are considered to be analogous to the American MQ-9 Reaper UAVs. The wingspan of the "Rainbow-4" is 18 m, the maximum take-off weight (for the first two modifications) is 1,3 tons. According to unofficial data, these drones are already exported to Egypt, Iraq and Saudi Arabia, reports "Warspot".