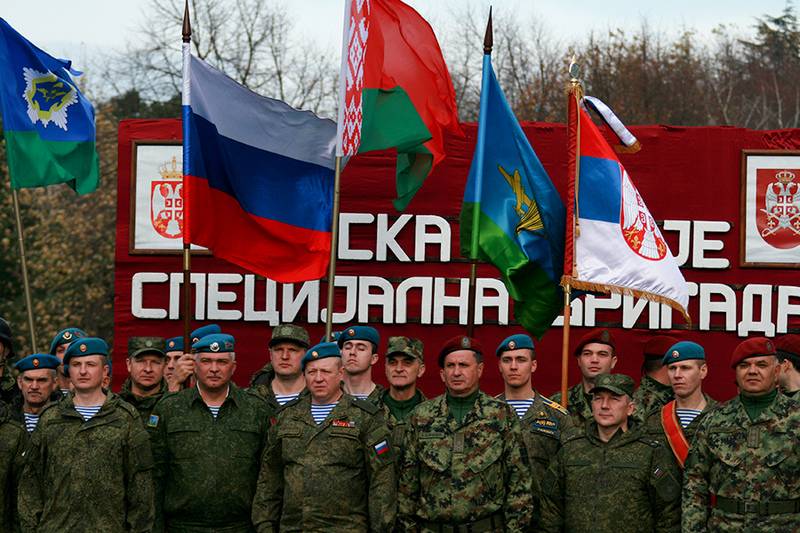 Together with the Belarusian and Serbian colleagues on the Kuban land in Novorossiysk will be held the exercise "Slavic Brotherhood", this is the fourth exercise in this composition
- he said.

According to him, the priority of military cooperation is working with the CSTO member states, and the most "warm and friendly airborne relations have developed with the Special Operations Forces of Belarus."

In total, events with foreign colleagues in 2018 are planned for more than 40.

The general said that among the foreign exercises, maneuvers were planned with the military contingents of the Collective Rapid Reaction Forces of the CSTO "Interaction", which will be held in Kyrgyzstan, as well as the Egyptian-Russian exercises "Defenders of Friendship - 2018", reports RIA News.

Ctrl Enter
Noticed oshЫbku Highlight text and press. Ctrl + Enter
We are
Alexander Lukashenko wants to give dynamism to the “Union of Seven”
Military Reviewin Yandex News
Military Reviewin Google News
8 comments
Information
Dear reader, to leave comments on the publication, you must sign in.