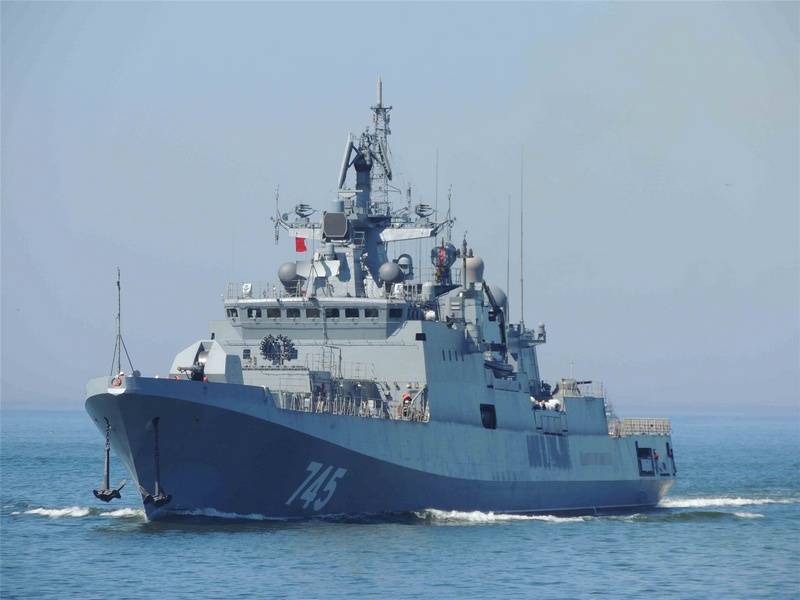 The frigate of the Black Sea Fleet "Admiral Grigorovich", performing tasks as part of a permanent unit of the navy in the Mediterranean, conducted a set of exercises at the sea crossing
- he said.

It is noted that, according to the combat training plan, the crew of the frigate improved the tactics of combat with the ships of the conditional enemy and the organization of the air defense of the ship. In addition, during the exercises, the crew’s actions were tested in the case of jamming by an electronic warfare complex.

It is reported that the crew of the Ka-27PL deck helicopter, based on the frigate, worked take-off and landing on the deck while the ship was going, and also conducted a training session on organizing the search and tracking of a submarine.

The crew of the frigate continues to perform tasks in the Mediterranean Sea, added in the department of information support of the Black Sea Fleet.

Ctrl Enter
Noticed oshЫbku Highlight text and press. Ctrl + Enter
We are
The frigate Admiral Grigorovich returned to Sevastopol from the Mediterranean SeaThe action “Military service under the contract is your choice!” In Rostov-on-Don: future contract servicemen, exhibitions and “Russian Knights”
Military Reviewin Yandex News
Military Reviewin Google News
35 comments
Information
Dear reader, to leave comments on the publication, you must sign in.