Wildness as a way to survive

April 23 2012
184
We were so often told that we are savages, that, at last, we realized this. And so they started asking wild questions.

I admit unconditionally that I am a wild Russian. No one has ever been civilized. Apparently, thanks to their ancestors and their wild interaction with each other, as well as the passionate support from the amazing wild Russian women. As a result, all civilizers who tried to civilize and civilize my people, constantly and regularly received their cultural tinsel on our uncultured and wild Russian expanses.

Wildness didn’t prevent me from acquiring academic knowledge, developing diligence and abilities, and mastering several professions, including craftsmen, military and creative, in times of bloody gebni and totalitarianism. With all that, eating well and winning sports ranks and titles. Like most of my likes. It turned out, in contrast to the typical Western civilization, the typical Russian savagery does not at all obscure thinking and does not turn the brain into a digestive appendage when the hamburger is accidentally eaten on a foreign journey. Although, of course, the main type of food in the form of food for me, as for a typical wild Russian, is soup and porridge, as well as the cuisines of all other nations, this very kitchen available. And not like the Anglo-Saxons, once civilized and once civilized, who have not yet acquired their national cuisine. And because it is very reminiscent of typical parasites on the body of the earthly community. 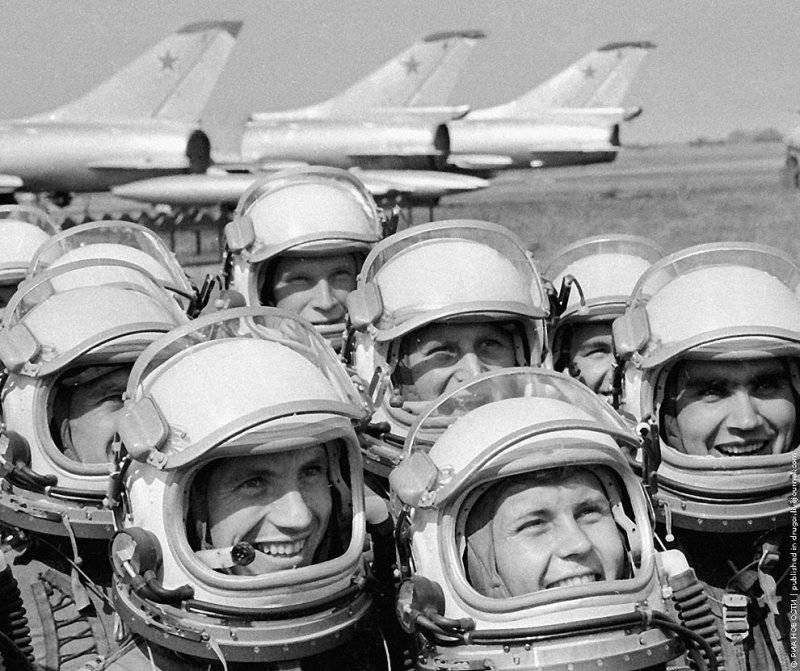 For the reasons outlined above, I can confidently survive in the harsh northern territories of the whole space of Russia and beyond its borders, not worrying about attempts to select, with the goal of appropriating, the national cuisines of the surrounding nations along with the territories in which these cuisines grew. Which, however, was also common to all my ancestors and great-grandmas. Because savages, we are accustomed to rely only on ourselves. And not on the fast-food system for armless, headless, and the rest of the impaired and crippled.

And so, once again getting out of the wild forests of the Central Russian Upland, in order to replenish the ammunition for the Kalashnikov assault rifle and purchase an adequate supply of vodka, I, as usual, looked into news not just the internet and television. But the entire world community, which, according to my repeated observations, is located somewhere in the Oval Office area of ​​the White House in Washington. That is, in Euclidean three-dimensional space, approximately where the life processes of my body are directed after the next meal. I mean, under my feet.

What the world community still does not know. Apparently, he is bad with geometry.

It turned out that the political and spiritual life of the planet still continues to evolve according to its own laws, well described by universal comic books and materially and morally independent media.

Human rights activists continue to defend the right of these, as they are there, peoples. The yellow press still turns yellow and discusses gastric topics, achieving color, semantic and olfactory similarities with the results of a known gastric disorder. Wild Russians continue to learn, multiply, sow, plow, protect, invent, fly into space and build cosmodromes, hearing notations about their political immaturity and intolerance from the West, unconventional for Russia and trends from the old high-tech Europe. The Yankees, whatever they do, as usual, invent another bomb. Maniacs are maniacs. Hamster hamsters.

In general, ordinary everyday life occurs.
And because I want to start with the most important thing. From what controls all this life.
And, as you know, the world is ruled by ideas.
Any savage will confirm this. 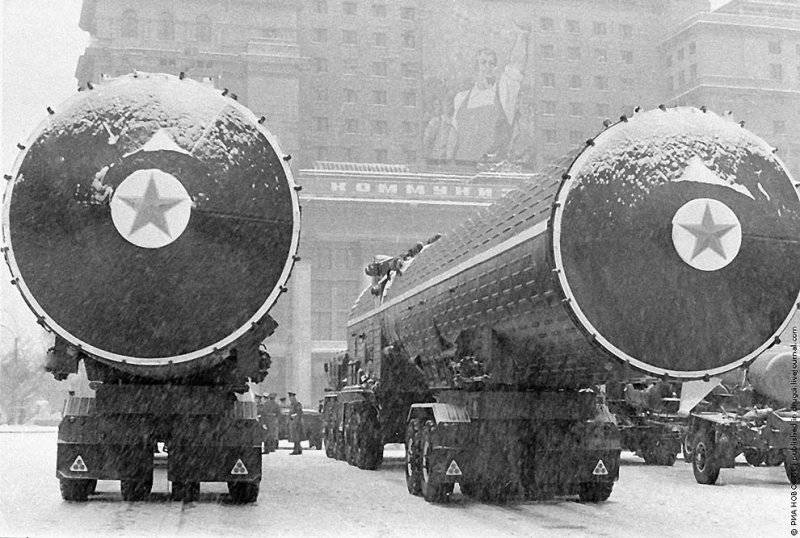 But it is better not to ask a civilized one about ideas, since he has long outgrown all ideas. And he put on them with half his own height. According to the canon of proportions of the human body, proposed once by Leonardo da Vinci. That is why any civilized person has only desires. Such high spiritual that I, the savage, never grow to them. Due to the law of the world.

As a typical Russian savage, I still cannot grasp many of the modern concepts. For example, what kind of such ideological struggle can occur between the Central Russian Upland and the European lowland. After all, as is known, the war of ideologies implies their cardinal difference and competition. I mean, antagonism. Or, speaking simple and clear savage Russian, fierce enmity on the basis of the opposite of paradigms.

I hope my savage language is not too easy to understand?

During the time of the Red Empire like the USSR, it was all clear how clear the stump is after the rain. Some, red, wanted to take revenge on White for the destruction and genocide of the Redskins during the Great Conquest times, doing this by equalizing all rights and other duties. And the others, the white ones, just wanted to destroy the red ones in a civilized and cultural way, with the crunch of French bread and commissar bones. At the same time, both with black and intermediate in color, in order to increase the number of hamburgers per mouth of each Yankee.

Both alone and others came up with different, sometimes not without harmony, ideologems, on the basis of which decisions were already taken. As they say, the world rejoiced at the diversity of the brain convolutions, the seething of neurons with synapses, and the expansion of life forms.

Now what? The question is purely rhetorical, and seemingly does not require an answer. Still try to answer myself. From the position of a savage.
It's nothing.

No ideas and, especially, their confrontation, by me, purely savage, have been revealed. The slogan “Enrich yourself!”, In my inexperienced look, is not an idea, being only in the niche of a call to ohlos another crafty advertiser of beads for Aboriginal people. Or a common feeding team for hamsters.

Why enrich something? More than an elk, no matter how you open your mouth, do not eat. More than one car in the ass at the same time, no matter how you feed, you can not substitute. And to change cars daily for the sake of dusting the eyes of brainless female females is from the spring rutting area, which annually revives the Siberian taiga and other wild Russian forests. 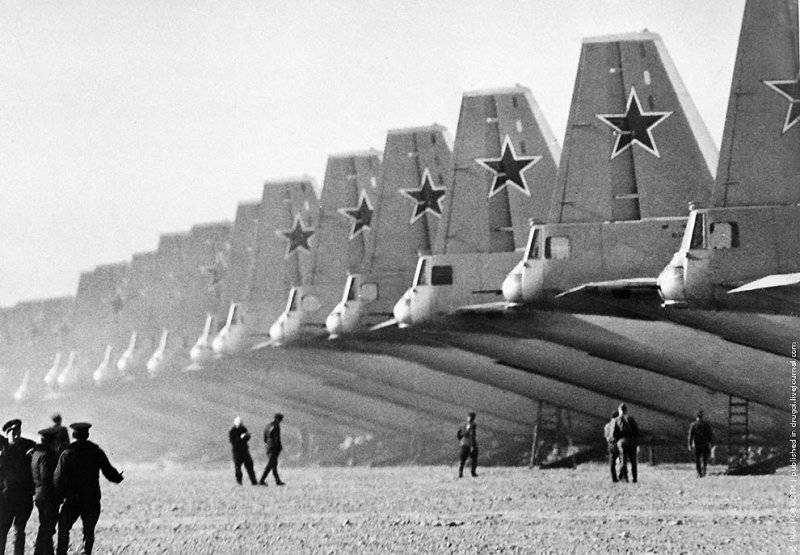 That is, it is not at all necessary to leave the forest, having such goals in the scale of the whole society. I mean the names of the females. After all, they can attract others. For example, true Russian savagery, which allows you to otpinat any number of civilized Rambo using old folk methods. The secrets of which typical Russian savages still retain, easily coping with any adversaries and economic crises, while not being thrown out of the skyscrapers.

You can talk about geopolitical interests and goals in the future, but this is a completely different field for reflection. Or forest for observation. But ideology, unlike propaganda, has nothing to do with it.

In fact, what differences between the current, allegorically speaking, white and red, can be seen, except, perhaps, the colors of flags, rhetoric and car brands? Actions are the same!

And we, the typical Russian savages, are looking for the meaning of our own universal existence on this blessed planet. Do not stop searching. And so it is easy to lead to great slogans and appeals, proving to the rest of the world hamburger-eating rodents that even with inaccurate messages from true leaders and their pale similarities we are able to achieve unprecedented goals and results. And even though the worldwide rodent breed still thinks that we built communism during the time of the Red Empire, but we, sly descendants of the Scythians, know that, judging by the reality, they only arranged the financial and labor flows in such a way go out into space. And others, negligent, to force. Yes curious: "And what is it really? ..". We are the typical Russian savages from the Central Russian Upland, inquisitive.

Well, those of the civilized, who are still trying to prove the randomness of our discoveries, inventions and achievements, are tempting to ask a question directly, in a wild way.

What is so new, a breakthrough that people did not know before, could you come up with, such are all individual, free, human, without typical Russian savages from the Soviet Union? IPhone with ipedom, this high-tech entertainment for the wretched ones with fantasy and abilities, physically worthless parasitarios? For an amateurish composition of primitive melodies, drawings and words on the go? Planes invisible and inaudible for humanitarian aid to the starving in the form of democratic values ​​from bombbay? Invisible ships that no one will be able to see in an accident or catastrophe, and therefore find? Something more fantasy does not tell you.

Eat and drink on the go, you conceive children on the go and you think that you can create great things in the same way?

What paradigm directs you to the near future of universal consumption and weaning from accomplishments comparable to the past?

“Parasitaries of all countries, copulate ?!”

What is the point?

And the Red Empire, supported and protected by us, typical wild Russians, was seriously preparing to fly to Mars in the 1992 year. Create optical digital computers, which are still dreaming, but somehow without any desire. And there is a lot more, which is now bashfully silent. Because the main stream of modern desires of post-industrial Ohlos, before the next elections called the electorate, lies in a somewhat different way. In the field of pure saturation and comfort, with their stupid and poorly controlled flow, washing away from the souls and brains philosophical impudence and great dreams as an antagonistic appearance.

Do you feel, civilized, the difference in the level of goals and direction of thinking? And you - you interpret everything about some ancient Roman slave-owning democracy there as applied to modernity ...

So, there is nothing to eat hamburgers, thereby increasing the risk of obesity and heart attack, and come without weapons and smiles in our dense forests, together we will review all the crises behind borsch under the Russian spring, Mendeleev spill. Because we still have a lot of weapons from you from the past. Our Russian bears perceive a smile, that is, the grin of their teeth, as a sign of aggression. Let's not scare bears.

We better discuss what else can be done so that terrestrial cockroaches and flies, now in the countries of the "golden billion" excess in nutrition, do not have time to overtake us, humans, in their evolutionary development, and did not, suddenly mutated, be wiser than us. Because, having united, they will easily conquer the stupid, voracious, thinking only of their Golden toilet, humanity.

Otherwise, then we will have to find out what the insect democracy is, really ...