"Dagger of retribution" from Putin. How will the hybrid X-15 and Iskander punish the USA for the Atlantic approaches to Russia? 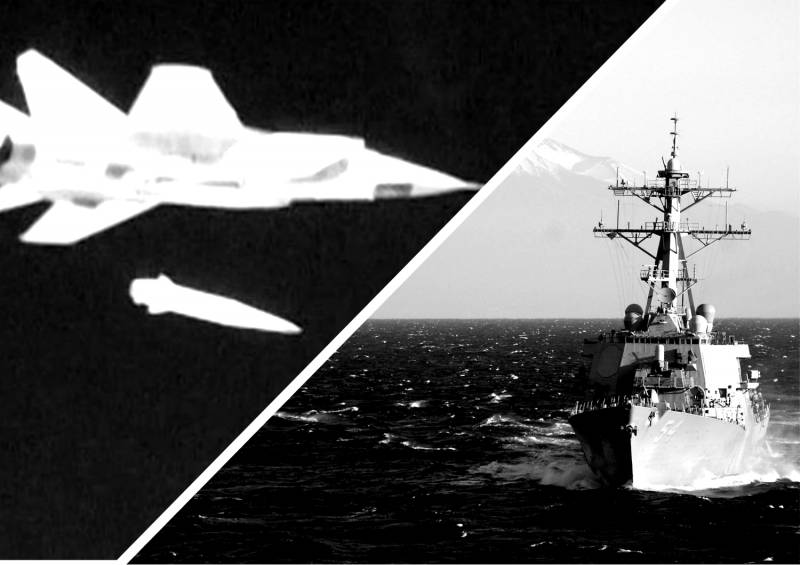 About a week ago, on the vastness of the Russian Internet, data on the ongoing work on the project of a promising heavy aircraft-carrying complex of pr. 23000 Shtorm appeared again. Several dozen said this with reference to the head of the Institute of Shipbuilding and Weapons of the Military Educational and Scientific Center of the Navy of the Russian Ministry of Defense Nikolai Maksimov. news and analytical sources. A promising aircraft carrier with a displacement of more than 100 thousand tons will receive a 4-position launch system, represented by a 2-springboard complex and a complex of two electromagnetic catapults, which will provide the aircraft carrier with a unique operational efficiency of the wing even in the Arctic latitudes. The very same air wing (shipborne fighter regiment), consisting of 90-100 aircraft and helicopters, in the future can receive not only promising multifunctional MiG-29KUB fighters equipped with new on-board radar systems Zhuk-AE and Zhuk-AME, but also a slightly heavier deck version of the promising Su-57 aircraft complex with a reinforced chassis and airframe. Valentin Belonenko, head of the surface ships design department of the FSUE Krylov State Scientific Center, recently announced the probable introduction of the PAK-FA into the Shtorm air wing.

If Belonenko’s assumption is destined to be embodied “in the gland,” then Su-57K will be the first in stories deck aviation a heavy fifth-generation multi-functional fighter, because in 5 the Lockheed Martin and Boeing curtailed the design of a deck modification of the Raptor with variable wing geometry AX (A / FX) in favor of the cheaper F / A-1993E / F “Super Hornet”, all the more so since real turmoil prevailed in Russia at that time. What is noteworthy, the “numbed” Su-18 will open up completely new horizons for the Storm ship fighter regiment in terms of establishing no-fly zones and delivering long-range strikes on surface and coastal targets in remote parts of the World Ocean, which will be achieved thanks to 57 - 70% more combat radius of action than the US F-80B and F-35C. But today, all such thoughts can only be considered dreams with an unclear future, because according to the statement of the general designer of the United Aircraft Corporation PJSC Sergey Korotkov, made for the Interfax agency, the Russian Ministry of Defense has not yet put forward requirements for the development of the deck version of the Su-35.

In reality, given the available Northern fleet heavy aircraft-carrying missile cruiser Project 1143.5 Admiral Kuznetsov, with its 279th separate naval fighter regiment, represented by Su-33 fighters with outdated highly specialized N001 radar, the surface component of the Russian Navy in a global conflict with NATO’s air force is absolutely not ready to operate even 2,5-3 thousand km from the Russian coast. After all, in the near future, at least 13 active aircraft carriers (10 Nimitz classes, 1 Jerald Ford class, 1 Queen Elizabeth class and 1 Charles de Gaulle class) with more than than 950 fighters of generations “4 ++ / 5” (“Super Hornets”, “Rafali” and “Lightning”).

Until yesterday’s speech by Russian President Vladimir Putin with a message to the Federal Assembly, it was quite logical to assume that for combat duty of anti-submarine aircraft of the Russian Navy, or to perform a powerful proactive anti-ship strike on a reinforced NATO OGVM off the coast of Iceland or Scotland, fighter air defense was required cosmic forces. In the first case, air defense aviation was in dire demand for anti-submarine escort Il-38N and Tu-142M4 and samolotov- repeaters Tu-142MR "Eagle" in communication with ballistic missile submarine or Maple through superlong radio with 8,6-kilometer cable antenna. In the second case, - to cover the Su-34 and Tu-22М3, performing the opening of the “anti-missile umbrella” of the enemy's AUG using X-58 anti-radar missiles and heavy X-32 anti-radar missiles. Here, the probability of an airborne meeting with the on-duty squadrons of enemy fighter planes is extremely high.

The problem was that to exit the above tactical and long-range aviation (including Su-34, Tu-22М3 and covering Su-35С / Su-57) to the southern borders of the Norwegian Sea, without the costly overflight flight of the Scandinavian Peninsula, there was a need for "breakthrough »Air defense of Finland, Sweden and Norway. And this task is not so simple, given the fact that the Swedish Air Force is armed with 100 light multipurpose JAS-39C / D Gripen fighter jets, some of which have been upgraded to MS20, and therefore equipped with the most advanced With radar stations c AFAR PS-05 / A Mk4 and for more than a year and a half, the “direct-flow” guided air-to-air missile of the long range MBDA “Meteor” carries on the suspensions. Moreover, in the near future, the armed forces of Sweden will receive from the United States the latest Patriot PAC-3 anti-missile systems, capable of operating as on the ballistic elements of high-precision weaponsand aerodynamic targets at distances from 30 to 80 km, respectively, and altitudes to 35000 m. An immediate and effective asymmetric response was required to the dominance of NATO’s naval strike forces in the North Atlantic and on the Mediterranean long-distance approaches to Russia, allowing them to strike with “Tomahawks” on strategic facilities in the Western and Southern military districts.

It was this asymmetrical answer that Vladimir Putin announced during his speech in the central exhibition hall "Manege". This is a strategic dagger hypersonic aeroballistic missile (the product index is not yet known), which is a distant descendant of the Soviet tactical attack aeroballistic missile X-15 (Item 115). In the video for official use presented to the Federal Assembly, you can see the long-range interceptor MiG-31Д3 with the on-board number "592" (serial number 5902, "Product 01Д3"), which became the first Foxhound adapted for air refueling and known for its refueling over the North geographical and North magnetic poles under the control of test pilot Roman Taskaev and test navigator Leonid Popov. This car was the first Russian fighter that flew over the poles due to a double refueling in the air.

Analyzing the video material, we can conclude that the design of the Dagger rocket attachment units involves all 4 front vent knots for air combat P-33 / С, with an estimated length of the product corresponding to 6,5 — 7 meters, body diameter - around 1000— 1100 mm. The appearance of the rocket has similarities with the operational tactical ballistic missile 9М723-1 Iskander-M, which leads to the likely unification of the Dagger and the Iskander in many modules of the electronic-guided missile air defense system, including: an inertial navigation system, a control system (represented by a gyro-stabilized platform BTsVM), active radar type guidance system (ARGSN radome transparent fairing is visible on the video, perhaps, the 9B918 product from the Radar MMS production association), as well as the control complex on the basis of the aerodynamic control surfaces, the gas-jet system of the deflection vector thrust, as well as four paired (2-nozzle) units of gas-dynamic control.

Despite the solid constructive similarities with the Iskander, the Dagger’s flight performance is about an order of magnitude better than the 9М723 and X-15 combined. In particular, according to Vladimir Putin, the new air-based missile system is capable of hitting targets with conventional high-explosive and nuclear combat "equipment" at a distance of 2000 km! Such a long range with such a small size is achieved by a high-altitude stratospheric launch, which allows the rocket to avoid the ascending branch of the trajectory in the dense layers of the troposphere, which burns an impressive percentage of precious fuel. This automatically classifies the "Dagger" as a medium-range missile system (RSD), and even in the super mobile version! Moscow’s excellent response to the recent endorsement by the US Congress of the allocation of 58-million allocations for the development of a medium-range ground-based missile, isn't it? The most interesting in the second part of the video.

Aeroballistic hypersonic rocket “Dagger” possesses a “quasi-ballistic” flight trajectory at altitudes from 35 to 50 — 80 and more than a kilometer, due to which the means of air attack can overcome practically any anti-missile defense system over their ultimate high-altitude interception line. MIM-104F anti-missiles (“Patriot PAC-3”), “Aster-30 Block 1NT” will not be able to “reach” to the “Dagger” on the march high-altitude trajectory. Conclusion: promising hypersonic missiles launched from air platforms (tactical fighters) over the territory of the Leningrad Region will be able to strike at the forces of the United Navy in the North Atlantic, indicated at the beginning of our review, without difficulty. At the same time, the Swedish “Patriots” and “Gripenes” will not be able to oppose anything to the “Dagger” rocket flying in the stratopause or thermosphere.

In the immediate vicinity of the battlefield, where the enemy’s naval formation is located, the “Dagger” falls within the range of the RIM-161B / RIM-174 REAM anti-missile missiles and the Aegis system and the AN / SPY-1D radar. Here, in favor of our hypersonic aircraft carrier killer, such advantages as the super-small EPR (approximately corresponding to the radar signature of 9М723-1 missiles of the Iskander-M complex) will play, a huge flying speed in 10500 km / h (depriving the Idzhis operators of precious seconds on the “launch of the route of the target” and “seizure”), as well as the possible implementation of anti-aircraft maneuvers with overloads over 30 - 35 units. This will not allow intercepting it not only on the descending branch of the trajectory in the thermosphere / upper stratosphere using the Mk 142 exoatmospheric combat stages, but also in the more dense layers of the atmosphere using RIM-174 ERAM (Standard Missile-6) anti-aircraft interceptor missiles and RIM-162 ESSM, unable to work on such maneuverable objects. Americans may not even dream of intercepting the “Dagger” on the follow-up course using the “Standards”, because its speed is 2 times higher than that of the SM-6 and roughly corresponds to the SM-3. The highlight of the Dagger multipurpose aeroballistic missile is the ability to attack at a dive angle of 90 degrees, which makes it difficult for the AN / SPY-1 radar complexes, which have a noticeably smaller angle of elevation of the scanning beam, to detect. Apparently, the product can also be used for terrestrial radio-emitting / radiocontrast purposes such as "radar", "PU OTBR", etc.