March 1 2018
32
Alexander Hug, Deputy Head of the OSCE Special Monitoring Mission, commented on the actions of the Ukrainian security forces in the so-called “gray zone” in the Donbas. According to Hug, expressed during the briefing, the OSCE records the activity of the Armed Forces of Ukraine in the neutral zone. The deputy head of the OSCE SMM noted that the Ukrainian troops are trying to advance their positions in the “gray zone” on the territory of the Luhansk region, which shortens the interposition position.


Statements by Alexander Hug leads edition "Ukrainian Truth":
Such a move, which involves reducing the interpositional distance, inevitably leads to even more violence. It is unacceptable that the Ukrainian military took control of settlements in the "gray zone". 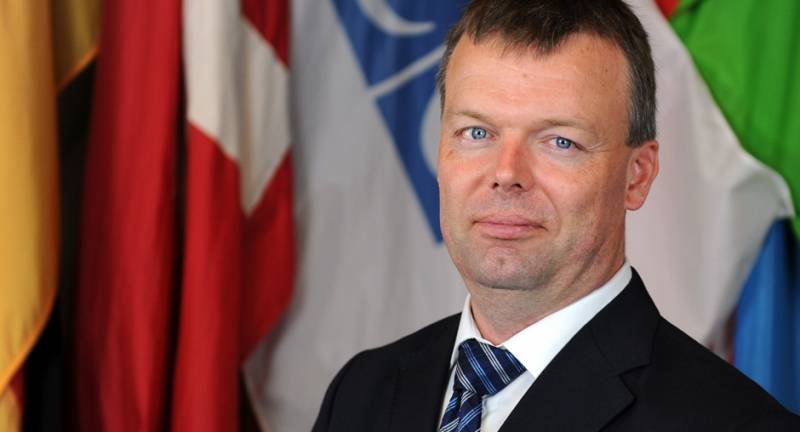 First of all, we are talking about the entry of Ukrainian security officials into the settlement of Novoaleksandrovka.

Hug noted that such actions of the Armed Forces of Ukraine are a direct violation of the Minsk agreements.

Deputy Chairman of the OSCE SMM:
Over the past few years, we have a number of examples from different places along the line of contact that the result of moving forward, closer to the opposing side, is an increased level of prolonged and unpredictable violence.

Ctrl Enter
Noticed oshЫbku Highlight text and press. Ctrl + Enter
We are
Reports from the militia of New Russia for 27-28 September 2014 of the year
Military Reviewin Yandex News
Military Reviewin Google News
32 comments
Information
Dear reader, to leave comments on the publication, you must sign in.